Gloom and doom. For much of the world’s population, this feels like the particular umbrella we’ve been living under for over the last year. For many, the threshold to the front door is one that is rarely crossed, never mind the notion of packing your bags and jet-setting to an exotic locale, unless you're a selfish, mindless ‘influencer’ of course, who feels they’re offering a service by filming themselves in revealing swimwear in somewhere in Dubai.

There could be a temporary solution however, with a trip to Kristen Wiig’s latest comedy, set within the fictional and funny resort of the Vista del Mar, which is a bit like the Club Tropicana for those of a certain age. 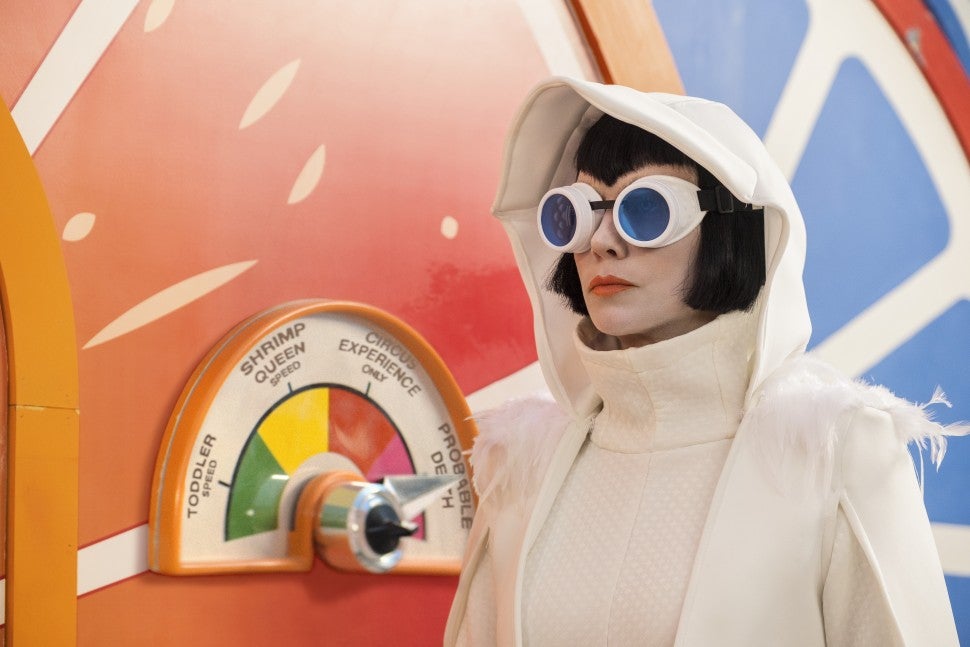 Sometimes the aircom in hotels circulates just out of reach.

For many, working in the same place for a lengthy period of time can feel a bit of a rut, but not so Barb (Annie Mumolo) and Star (Kristen); they’ve been working in the same department store for years and find being there the most comfortable, cosiest thing ever. Which is a shame when they’re told that it’s closing down and that they’re both out of a job.

Although this puts their world in a tail spin, they are shown a silver lining when a friend recommends a very special resort in Florida, which is tailored to the needs of the middle aged.

Despite not being the types to throw caution to the wind, ever, the pair agree to go to the resort, and really embrace what it has to offer.

Little did they realise that this would involve not only romance, but romance with the same man, Edgar (Jamie Dornan). What also passes them by, like most things in life thus far, is that Edgar isn’t who he seems; he has his own evil agenda, set by his anaemic boss Sharon Gordon Fisherman (Wiig), who want to disrupt the party atmosphere at the resort by being the ultimate party poopers, by killing everyone. And rest assured, Barb and Star most certainly didn’t sign up for that activity from the brochure. 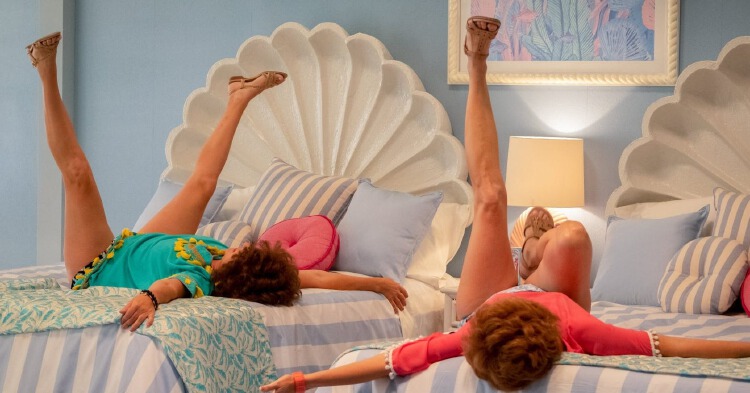 The aeaside amusement just weren't as much fun as they used to be.

Although this is the debut appearance for the titular characters, the film has an air of coming from a Saturday Night Live long-running sketch about it, in the vein of Wayne and Garth and their Wayne’s World. And as Wiig worked on that show for 14 years, that shouldn’t really be a surprise. But just as those types of characters can struggle with the jump from the small to the big/still small screen, Barb and Star’s antics do feel like a sketch stretched a tad too far.

However, whether it’s the films gloriously over the top sunny palette, or just its welcoming silliness, there’s every chance it will put a smile on your face.

Certainly the two frumpy protagonists take some getting used to; again much like Wayne and Garth, they have their own particular shtick they play on throughout, which an audience will hopefully find endearing by the film’s end, and actually, there’s no reason that shouldn’t be the case. Wiig, and Mumolo, who also wrote the excellent Bridesmaids, have an entertaining relationship that develops nicely on screen. Yes some of the dialogue and scenarios are hit and miss, but it’s the type of film that will tickle different funny bones at different times, almost guaranteeing that whoever’s watching it will laugh somewhere. We certainly did.

It’s almost worth seeing just to watch Jamie Dornan having what seems the time of his life, singing and dancing. In fact his big song and dance routine on the beach could easily be the UK’s next entry in Eurovision, with a chance of scoring big too.

Essentially Barb and Star visit Vista Del Mar is an Austin Powers for the middle aged; Barb and Star, like Powers, don’t fit in this modern world, and yet are willing to fight for it by taking on an evil super power. And in that sense, it’s all groovy baby.

Certainly director Josh Greenbaum makes an impact with his debut narrative feature, with not just letting Wiig and Mumolo do their thing, but giving it such an extraordinary visual style; it is gloriously garish, and oddly, a thing of real beauty. You won't see a more colourful and sunnier film all year, although the downside to that is you may never be able to see another film ever, with the film’s rich colours burning a permanent hole in your retinas. Still, you take your chances.