There are times in life when you feel invincible; that everything thrown at you, bounces off of you like bullets from Superman’s chest.

But that can change, especially with a serious illness. If you’re unfortunate enough to get ill, to the point where the pain is too much, it’s understandable that many may look to alternative methods to end the pain.

This is an adaption of Emmanuèle Bernheim’s memoir Everything Went Well, which explored the relationship with her father, who became seriously ill and wanted to end his life. 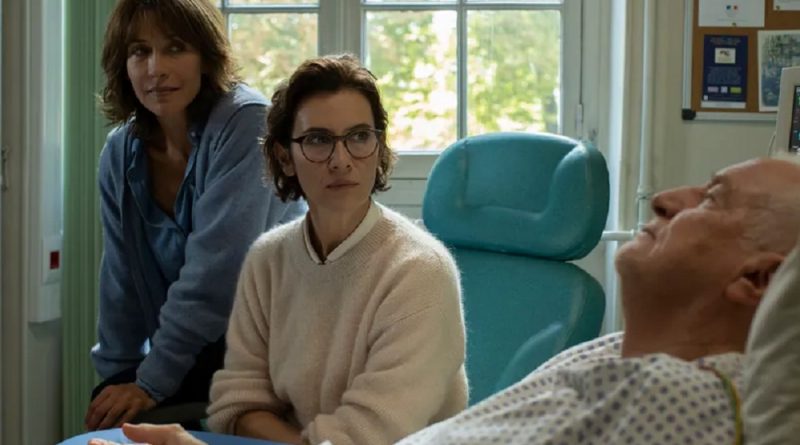 I think he's having one of his saucy dreams again.

At 84 André (André Dussollier) has had a full life, that is until illness began to plague him. Having to spend so much time in hospital after having a stroke, it gave him time to think that he didn’t want to live this way anymore.

It was a decision he was clearly happy with, but not so his two daughters, Emmanuèle (Sophie Marceau) and Pascale (Géraldine Pailhas), who he charged with organising his assisted suicide.

But can his two children really follow up on his request, one which is still illegal in France, and help with their father dying his way? 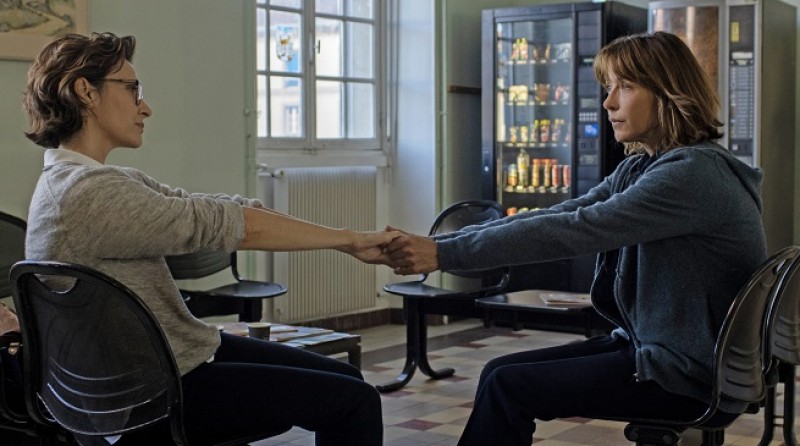 I don't think this trust exercise quite works if we're both sitting down.

A film about assisted suicide is quite a theme to explore, and it must have been made all the more difficult for director François Ozon, as he had a professional and personal relationship with the real Emmanuèle, as she co-wrote the screenplays for both his 2003 film Swimming Pool and 2004’s 5x2.

It is a film that is unlikely to tug on your heartstrings, as it’s a fairly unsentimental view of a man’s wish to die. Ozon instead focuses on the practicalities of the scenario, peppered lightly with an emotional take. In that sense it’s a sombre and somewhat clinical affair for the first two acts.

Ironically the film comes alive in the final act, which hits the audience with pace and vigour, as well as some welcome humour, as the end comes in sight for both the main protagonist and the audience. The performances as well become more animated, as the film takes on a surprising air of farce.

It does take a few detours along the way, mainly with the appearance of his wife and their mother Claude, played stoically by Charlotte Rampling. She’s kept out in the cold for most of it, which is a shame as her back story – of being an artist – is far more interesting than André’s. It’s made worse by the fact that she’s also severely ill, with Parkinson’s, yet her ailments don’t to be that big an issue for the rest of her family, and is therefore sidelined for the most part.

Still, with its approach somewhat echoing a sense of cinema vérité, and a last act that satisfies without an emotional overload, it’s a refreshingly unsentimental look at someone’s right to make a decision as to when the end is for them.