If you go back and examine many of the classic westerns, cattle are often an integral plot device. After all, you can’t really feature cattle rustlers without them.

American director Kelly Reichardt’s latest, based on Jonathan Raymond’s novel The Half Life, is set in 1820, but has a slight twist on the fairly generic cattle plot, by featuring just the one cow. But as she proves, you only need the one to deliver an entertaining tale. 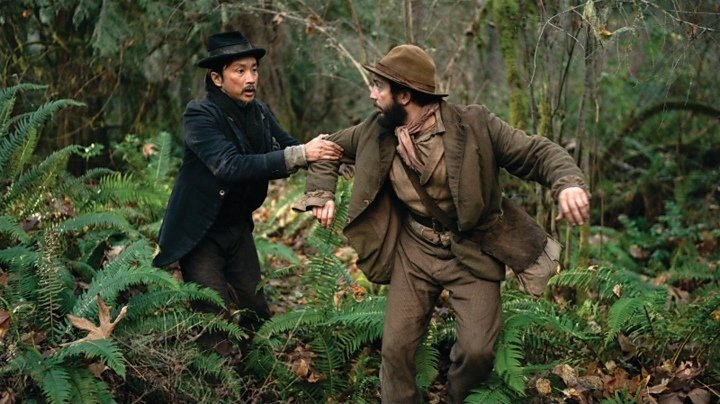 no wait, all I said was that I liked the colour of your eyes.

Travelling on the Oregon Trail with a small trapping company is Cookie (John Magaro); his position is cook, as he has to source and prepare meals for all concerned, which is proving quite challenging.

While out foraging, he comes across a Chinese man, naked. The man, King-Lu (Orion Lee), explains his situation, which includes being chased by a bunch of angry Russians. Considering his predicament, Cookie decides to offer him some food and shelter, without the rest of the camp knowing, which King-Lu readily accepts. After resting, King-Lu manages to escape the next day, and Cookie believes that to be that.

Not long after and Cookie finds himself in an altercation with one of his trapping crew, which leads him to run off and go solo for a bit. It just so happens that his path soon crosses that of King-Lu, as they find themselves re-united.

The pair start to think of ways of how they can make some cash, and feel that Cookie’s culinary skills could be the answer, after he makes his new friend a tasty cake treat. It’s missing one ingredient however, milk, and it just so happens that the Chief Factor (Toby Jones) of the area has recently had a cow delivered to his property.

With the chance to make some real money, selling cakes to hungry trappers, the only obstacle appears to be that of a dairy variety. Now if only they could get their hands on some milk... 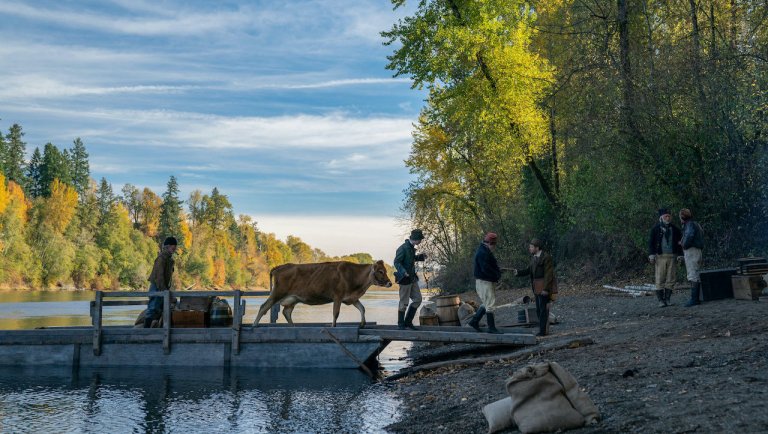 Daisy was happy that he took advantage of the buy one ticket take a cow for free promotion.

Reichardt’s film although not a classic western per se, certainly has many of its traits. The most obvious here is camaraderie, which develops between the two main protagonists, echoing the relationship of a certain Butch Cassidy and Sundance Kid. It’s gentle and easy-going, much like the film itself.

The story itself is a simple one, that’s executed with the simplicity of an Aesop’s fable. The director certainly gives it a lot of space to breathe, perhaps too much, allowing for a little saddle soreness with its two hour running time.

It’s certainly the relationship between Cookie and King-Lu that make the film; with a simple, natural form of a relationship, it’s far from dazzling, but it doesn’t need to be, as the organic feel of it has a genuine warmth and charm.

The film could have possibly done with a bit more personality, particularly considering the fairly amusing premise, but as it is, it often feels a little too straight-laced and serious for its own good.

Although its pacing is on the slow side, the blossoming relationship between Cookie and King-Lu is one that delivers the goods making it all worthwhile.