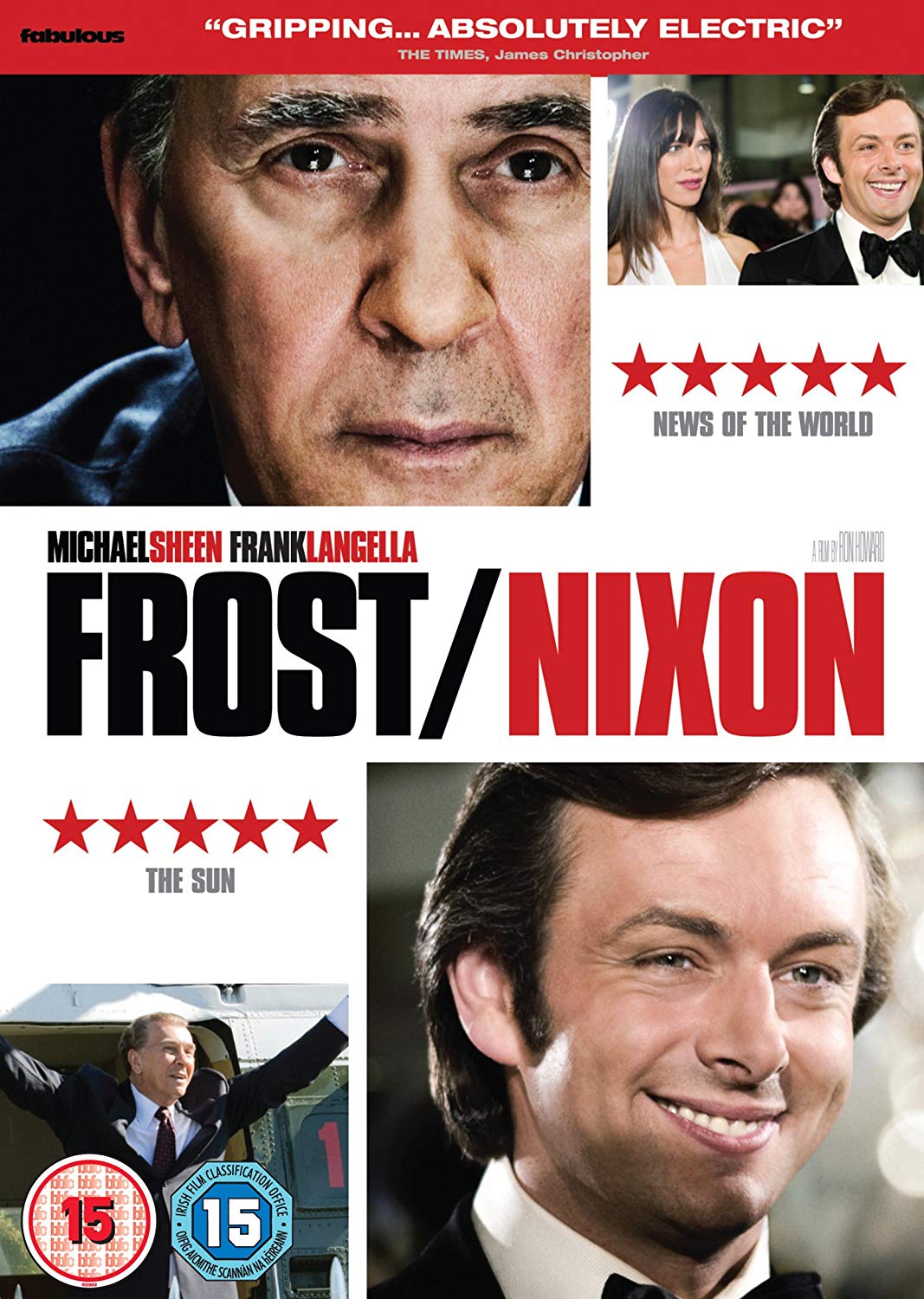 We've got copies of the excellent Frost/Nixon on DVD to be won.

2. The prize is a copy of Frost/Nixon on DVD. We have three copies in total to give away. 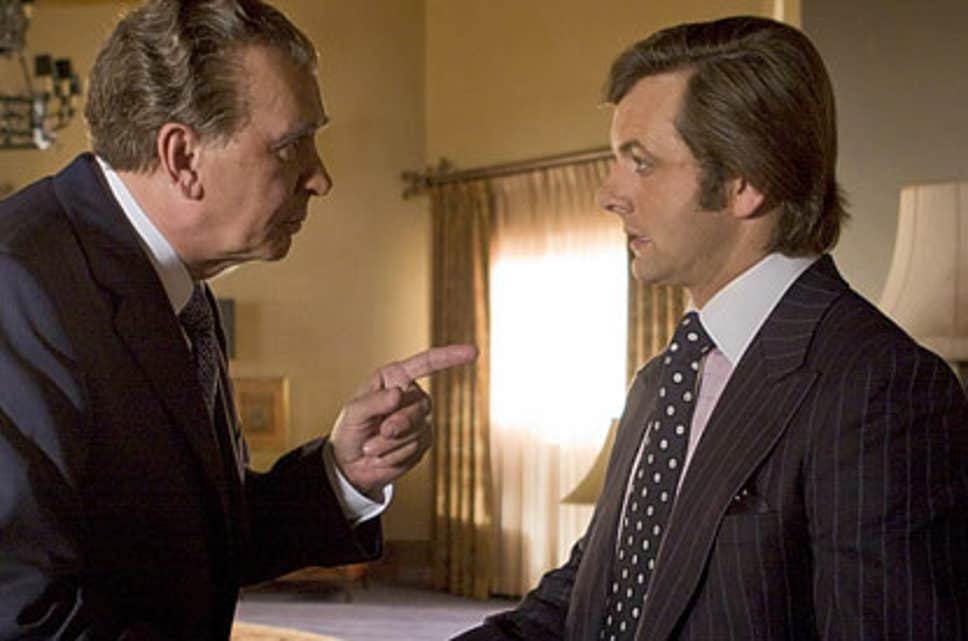 From Academy Award winning director Ron Howard (The Da Vinci Code, Apollo 13) comes the electrifying story behind one of the most unforgettable moments in TV history.

The film is a 2008 British-American historical drama film based on the 2006 play of the same name by Peter Morgan, and reunites its original two stars from the West End and Broadway productions of the play: Michael Sheen as Frost and Frank Langella as Nixon.

Richard Milhous (yes, now you know where that came from) Nixon was the only U.S. president to resign the office. Hoping to salvage his reputation, he met with fledgling British talk-show host and producer David Frost, who paid him $600,000 for a series of sit-down interviews, filmed and aired in 1977.