Despite all the warnings, the human race has completely buggered up planet Earth. It’s no coincidence that we’re sending probes off to Mars, to see if it’s viable to sustain human life, because, in the not so distant future, Earth will be having a closing down sale and getting rid of its current tenants – i.e. us - by all apocalyptical means possible.

This gives humans an incredible opportunity to boldly go to another planet and have a crack at completely destroying that one too.

This new title then, could be considered more of a user manual than an actual game.

The year is 2067, and you have bravely volunteered to single-handedly pop to Mars and get it ready for human colonisation.

It’s a big job, which entails you building an entire infrastructure to support human life. This includes producing food, oxygen, power etc. To aid you in your adventure, you have a computer that supplies building plans, as well as 3D printers that can print the necessary supplies and materials needed. 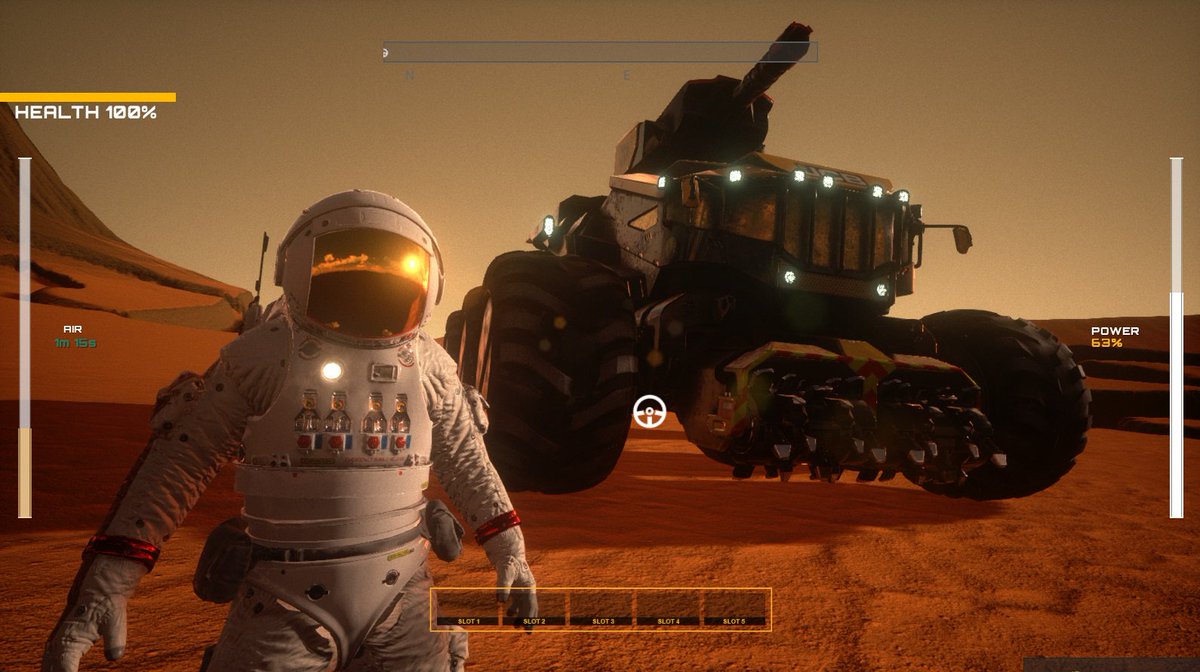 The biggest piece of equipment you have to help you, is a JCB digger. This vehicle allows you to traverse the planet’s often tricky terrain, and dig for valuable materials needed to build. Slowly but surely, out of the dirt a new start is born for humankind.

Not only is this game a fairly hardcore space simulation, it also works as a nice bit of promotion for heavy equipment specialists JCB. In fact, what many people don’t realise is that when we all shoot off to Mars – and by ‘we’ meaning only the super, duper rich – Mars will be rebranded JCB World soon after. Fact.

Much of your time then, from the outset, is juggling what exactly is essential to carry, and what isn’t. Once you begin a building project, you are given a shopping list of what is needed to complete it. You then have to tootle out in your digger, and mine the exact resources.

There are spots located on your scanner, revealed by a shovel icon, for you to head to. There you park your digger and start digging. What should be a relatively easy process is somehow spun out into something near tortuous. You can easy press A over and over, as we did, and have no idea what you were collecting. If this happens to you, chances are, not a lot. Apparently, if your digger’s inventory is full, you can’t collect anymore. Unfortunately, you’re not informed of this, so you may have to wait a long time before the inter planetary penny drops. 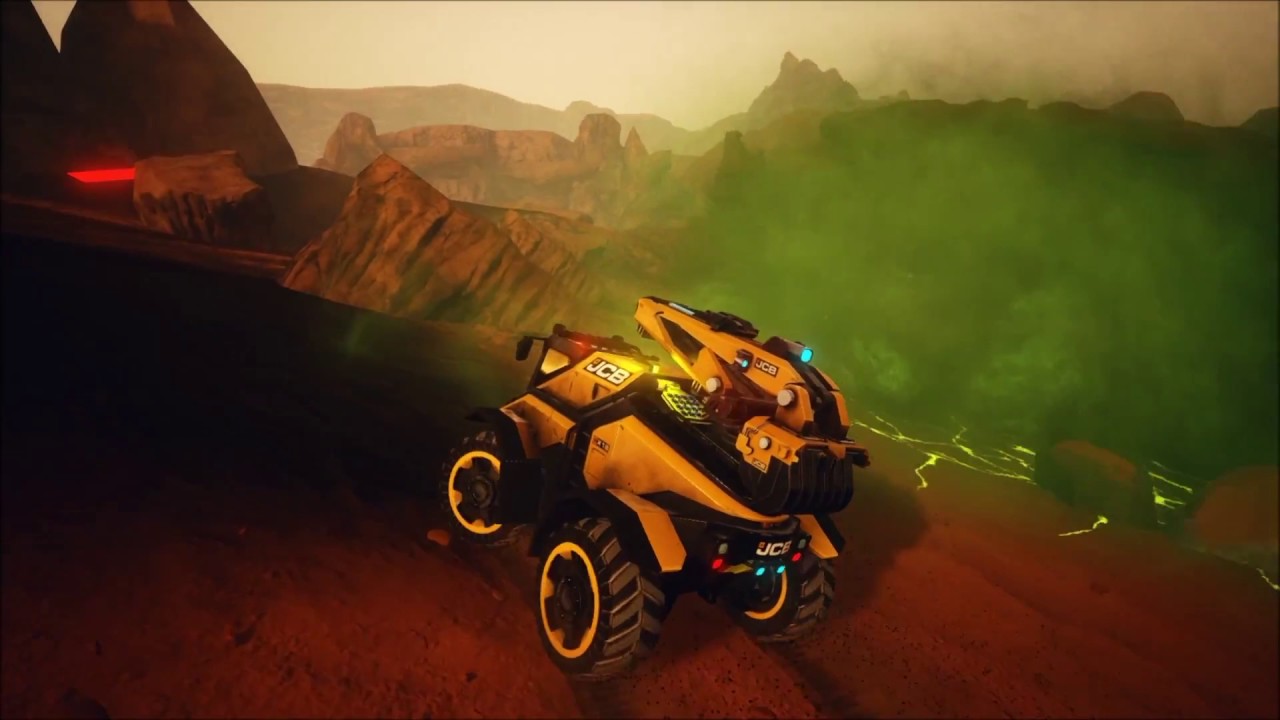 Excuse me, I really should have passed on the freeze-dried sprouts.

This highlights the game’s biggest flaw, its lack of hand-holding throughout. At times it feels how we would imagine it would literally feel to be all alone on Mars. It was like being Matt Damon in The Martian.

So, roaming around on a planet that you have to yourself. What’s really needed, and sorely lacking, is a robot. You need a Wall-E to interact with, and also to defer some of the more medial jobs like repairs to, just so you don’t feel so darn isolated.

Also, Mars is quite ugly. Well, the planet itself isn’t so bad, but the Switch struggles to cope with the environment, particularly the JCB’s wheels that render more like wobbly sticks. Add to that the constant dust and radiation storms, and you’ll soon realise that the future isn’t that bright after all.

And much like the real red planet, the game has little in the way of atmosphere. Go here, mine this, return to hub, build, repeat. If we were to go to another planet, the first thing we’d build would be an entertainment system. Well, you would, wouldn’t you? And then possibly a crazy golf course. But no, you have to concentrate on building structures that help sustain life. ZZZZZzzzzzz.

That said, there’s something strangely compelling about being the only person on Mars. Sure, it’s a bit of a chore, but if you dig strategy and building sim games, then this will probably light up like a Christmas tree on your radar.

With things going the way they are, it might be worth playing just to get some practice in, for the inevitable day we pack our bags and strap ourselves in aboard the Mars Express.