As you get older, you find yourself muttering with greater frequency that things were different back then, as if that were any justification for inappropriate social issues throughout history.

Take the subject of this film, for example, the beauty pageant. It’s widely accepted now that the ogling of women in swimsuits on stage, where men get to judge them purely on their physical appearance, just isn’t acceptable anymore. But of course sexualising young children, by dressing them up provocatively and applying make-up to them, and having them compete against one another in a pageant is totally fine. How far we’ve come indeed.

This film focuses on an incident during the 1970 Miss World competition, held in London, which was far from welcomed by all. 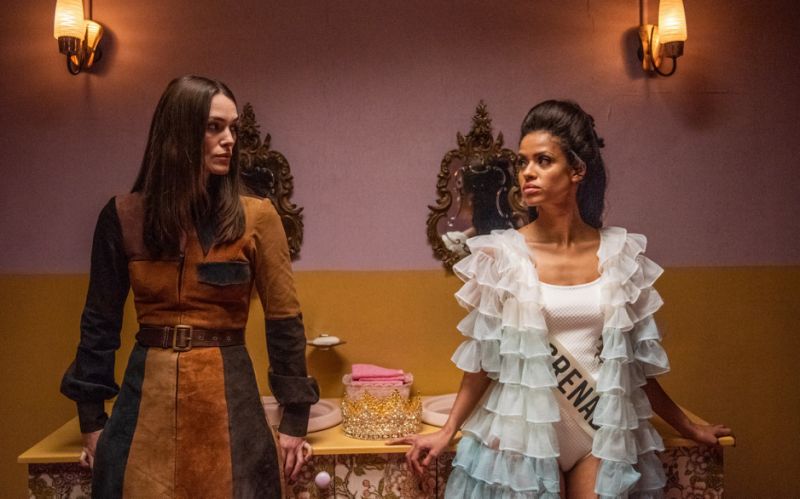 Working behind the scenes of the popular Miss World competition is its founder Eric Morley (Rhys Ifans) and his wife Julia (Keeley Hawes). They’re getting a tad stressed out at not yet having a big name attached, but they start to relax after securing the appearance of the legendary Bob Hope (Greg Kinnear) to the event.

But perhaps their relief is a tad premature, as unbeknownst to them, a group of women, collectively known as the Women’s Liberation Movement, including its latest member, academic Sally Alexander (Keira Knightley), as well as the somewhat militant Jo (Jessie Buckley), are planning to disrupt the show. In doing so, they plan on announcing to not only the audience in the show, but the entire world, that the sexual objectification of women really isn’t OK. 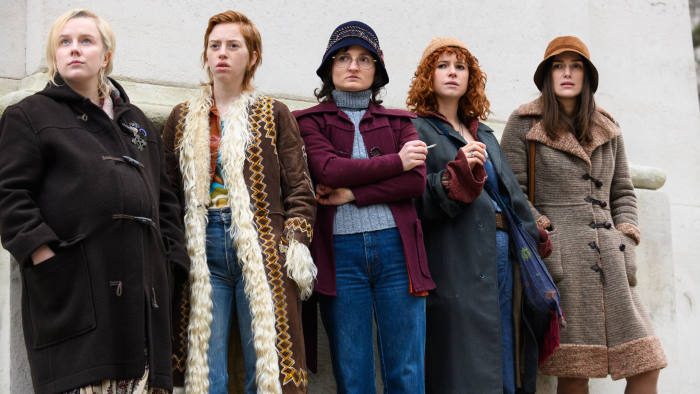 The seasoned, award-winning TV director Philippa Lowthorpe, gives herself quite a challenge with only her second film feature. Although her film is set with the backdrop of the 1970’s competition, she juggles four different story strands throughout: the women from all around the world competing; Eric Morley and his wife Julia organising the event; the participation of one of the biggest names on the planet in Bob Hope; and the group of women keen on disrupting proceedings.

Although this certainly fleshes out, as it were, the event fully, it’s not long in when it starts to feel when the film could have benefitted from focusing on just half those storylines. As good as Kinnear is, the only take away from the Bob Hope is that he was a bit of a womaniser – surprise, surprise.

And then there is Eric Morley. Morley was certainly a character, who not only began the competition 1951, he was also the man who created Come Dancing for TV, which isn’t even mentioned in the film. Perhaps his story deserved more prominence, even a film of its own, as he was certainly larger than life.

Of course the main focus of the film should have been purely about the contestants, and the women plotting against the competition they had entered. And although there is considerable talent on show here, with the likes of Knightley, Buckley and Gugu Mbatha-Raw, who plays Miss Grenada, the somewhat lightweight script lets them down. The characters lack impact, coming across as a tad wishy-washy, and the film overall lacks humour, despite plenty of opportunities to shine.

Lowthorpe certainly does well in evoking a sense of period, but perhaps her busy script took on more than it could chew.

What it does do successfully is highlight the fact that not only are sexism and racism far from new issues, but also the more troubling fact in that despite this film being set fifty years ago, we haven’t progressed socially anywhere near as far as we should have done by now.