Munich: the Edge of War

Someone whose fascination in history has paid off is British author Robert Harris. His first novel, 1992’s Fatherland, presented an alternative version of history, that saw the Nazis win the Second World War. It’s certainly a story that when down well with readers as the book became a bestseller.

Since then, Harris has been keen to keep history in his wheelhouse of fictional novel writing, making his work hugely successful. No wonder that many of his stories then have been picked up by Hollywood, with this adaptation of his 2017 novel Munich being the latest. 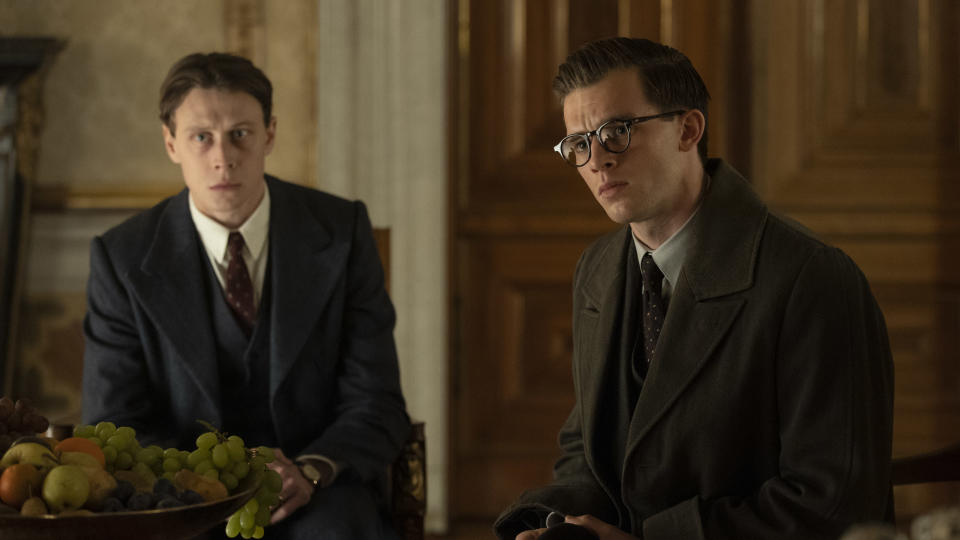 That's correct gentlemen, all of the bananas have already gone.

It’s the latter end of the thirties and Europe is once again feeling a sense of unease. Hitler’s rhetoric is causing concern amongst world leaders, with Britain’s Prime Minister Neville Chamberlain (Jeremy Irons) keen for the situation to not once again lead to war.

Hugh Legat (George MacKay), a young Oxford graduate, is as an assistant to Chamberlain, who soon finds himself far deeper in the politics of it all than he could ever imagine. He’s not the only one, as he comes across a German friend of his from college, Paul (Jannis Niewöhner), in a similar position within the German government under Hitler. This leads to the pair crossing paths in Munich, where vital talks are underway, with the two friends playing a larger role than they could ever predict. 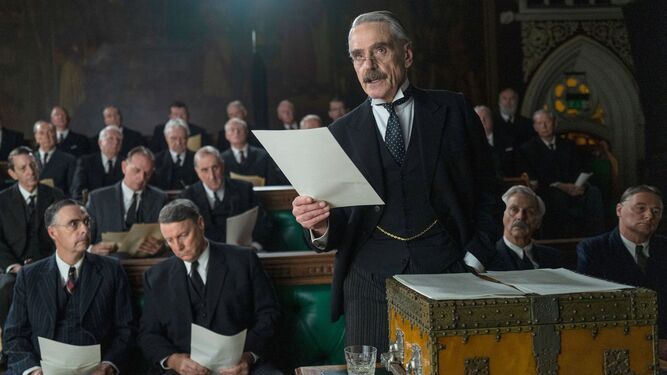 Harris has had a number of his novels adapted for the screen, with 1995’s Enigma, probably being the most notable, which became a film in 2001 starring Kate Winslet. And although this adaptation takes place during a fascinating period in history, its telling is somewhat on the dialogue heavy side.

German director Christian Schwochow makes hard work of the source material, with it occasionally coming across as a filmed audio book. Part of the problem is that there are no action scenes to rely on, so the script it constantly attempting to build tension from dialogue between characters. And for the most part it does a swell job, but with the film lasting around two hours, it’s simply not sustainable; there are only so many scenes that involve either MacKay or Niewöhner looking stressed and concerned that audiences can react to, even with the double whammy of both of them fretting on screen at the same time.

There are so many meetings that both characters attend throughout, don’t be surprised if you start to think that you should be taking dictation.

But not only is it dialogue heavy, it’s testosterone-heavy too; there are only three roles for females in the film and all of them have very little to do, so as far as the war of the sexes is concerned, this is one that they all sadly lost.

It’s disappointing as the story itself has momentum, and the performances from both of its male leads are compelling enough, but the film itself is heavy going with so much dialogue, lacking the kind of kinetic energy it desperately needs.

It may well work as a page turner, but in director Schwochow’s inexperienced hands any edginess the story might have is flattened by endless dialogue which somewhat makes the whole thing an uphill battle.