Neil Maskell is a British actor who often brings some serious clout to his roles, as he does for his latest film Bull. We sat down with him to chat about the making of the film, as well as the scariest day of his professional life. British actor Neil Maskell is a familiar face to our screens. He’s often appeared in high profile dramas such as Utopia and Humans, gritty indie flicks such as 2011’s kill List and 2018’s Happy New Year, Colin Burstead, the occasional foray into Hollywood blockbusters such as Basic Instinct 2 and 2017’s The Mummy, as well as a number of comedy shows. So incredibly versatile considering his often gruff demeanour.

His latest role in Bull sees him playing the titular character hell bent on revenge. Without giving too much away, it’s a film with a nifty twist, that quickly changes the complexion of the narrative before it. It's one audiences won’t see coming, but for Neil, the experience was ruined for him, by none other than the film’s director Paul Andrew Williams. “I feel quite deprived actually” begins Neill, “because Paul had already told me that for him it was a version of High Plains Drifter, which was a film I knew pretty well. So when I first read the script, I knew what the ending was, so I felt deprived in knowing that; I think it s a great ending, it’s a great shock ending, and I never got to have that experience, he ruined it for me!”

He soon forgave him however, he offered him the lead role after all, with a character that the audience knows very little about, except that he’s more than a little miffed about his situation. “For me there was less on the page about the character than the stuff that needed to be built up around him, to root him in reality, and into a deeper truth than what at first could be possibly gleaned. “

He adds, “As a bit of writing it’s almost like an ancient story, the avenging angel or the man who comes from the past to meet out revenge on the wrong doer’s. And what was a clue in the script to the motivation of the character was the relationship with his son, but we had to work on that and fill in the background, and what his back story was, and his relationship with Norm the antagonist of the film, all had to be fleshed out, so although it was unseen by the audience, there’d be a feeling of this history and the weight of what had gone on in the past, that kind of threads through the story. And I was interested in building that up from what was there on the page. “ 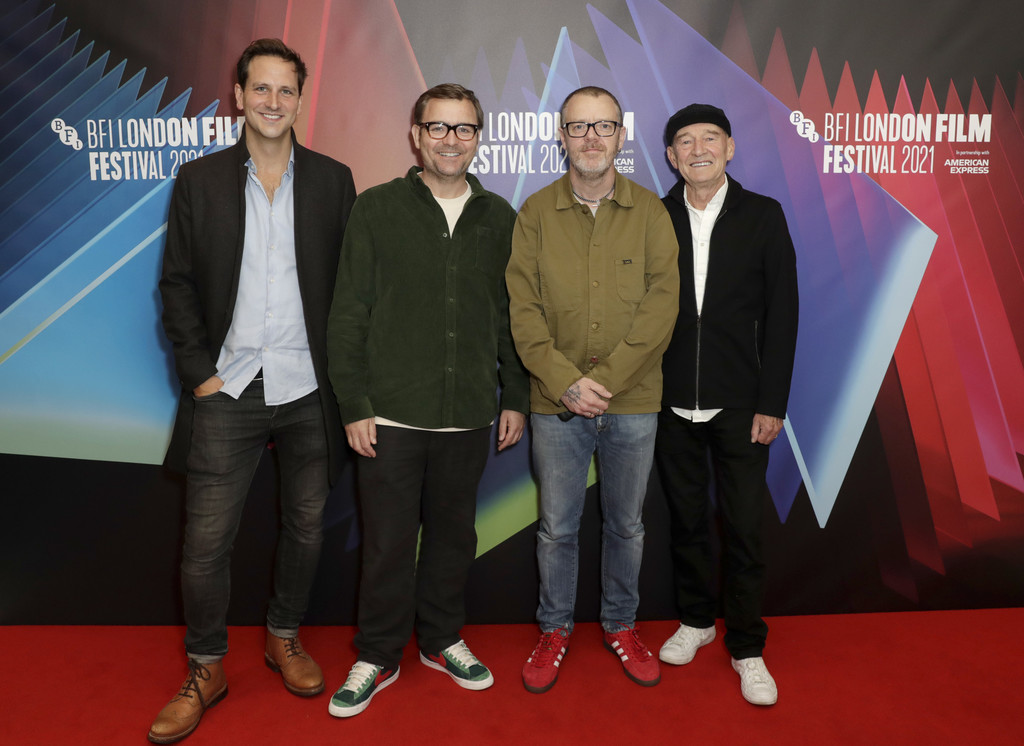 Neil Maskell and cast and crew.

Neil was also pleased that his director allowed for him to build his own back story for Bull. “I have my own detailed history about all that kind of stuff that I talked to Paul a little bit, and Paul said ‘well, I didn’t have any of that in mind but that’s great if that’s where you want to go with it as long as it doesn’t manifest in a fucking weird way!’. He was happy for me to build up the history for my own purposes.” He continued, “It was lovely to collaborate in that way and also to have secrets between me and the character that the audience, director and no one else working on it know about it. And then hopefully the audience will have secrets between themselves and the character, their own thoughts and perceptions on it, that’s the richest work in any form. That’s how it works best when we have a sense of it, that it’s utterly our own and yet it’s still part of the shared experience of seeing a piece of work.”

It’s safe to say that the film has mature content of a violent nature, which is why it warrants its 18 certificate. Bull has a particular way of dealing with his current situation, which often involves a little slicing and dicing. As a quirky counterpoint, there are a number of scenes that feature a fun fair, with Bull on some classic rides. So what was more fun, the rides or the slicing and dicing? “Riding the dodgems!” he exclaims, “slicing and dicing people up, you just hang about for ages while prosthetics do their thing, or the stunt team help work out the best place to position the knife to do that, whereas the dodgems and the Waltzer and stuff, there’s no faking that, and I quite like fairground rides so I was really up for it. We had a short amount of time to shoot that stuff, I would have happy spent two weeks at the at the fun fair.”

It’s easy to be under the misapprehension that films shoot for months and months at a time, as they do for most Hollywood films, but not so your average independent British flick. “It took three weeks to shoot” admits Neil, “That’s how much money we had; you got to hire everyone, pay everyone’s wages, pay for the parking of the vehicles, the hire of the locations, so eighteen days is every penny of that. It’s quite a common timeframe these days you know, I shot my film last year in just three weeks too.”

And because of the 18 certificate, which many of the big studios see as a kiss of death for a film, it’s a title that could struggle to find an audience. But with its bloody content, Neil doesn’t think so. “Because its gory and violent as it is, it’s not really a horror film in the traditional sense, but it’s been classified as a horror film to a certain extent which I think is a good thing for it and for building an audience, because horror movie fans are so loyal, they’ll see things in that genre, go to the cinema to see work in that genre, so if you can find that audience with your film then you’ve got a chance of it having some legs.”

But being it’s not only deliciously violent, but also a low budget British film, it’s almost deemed as a negative double whammy, because less and less British audiences are supporting British made films, but they’re not the only ones. “There hasn’t been a concerted, co-ordinated attempt to entice audiences to see British films and British work. There seems to be a lot of jingoistic drum-banging – virtually nationalism – in government and stuff, but it’s not lent in any way as a shoulder on the wheel to get people to look at art that’s generated, or film, or writing that’s generated in the UK. Maybe it’s because artists are seen as being critical of the government, I don’t know. I think the audience is there, I think it’s a case of finding them and targeting them. Things like BBC iPlayer and All4 seem to generating big audiences, but there doesn’t seem to be a place to go when it comes to British film. It would be nice to see some kind of effort made in that regard.“ 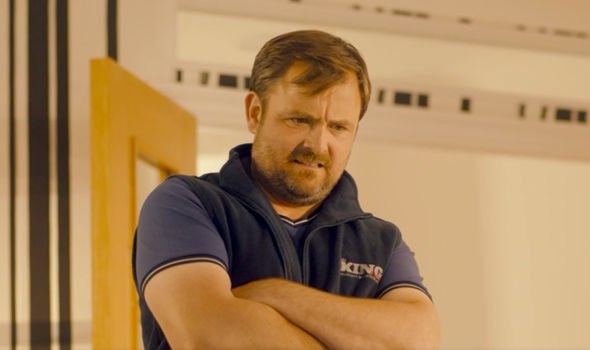 Outside of slicing and dicing, Neil has been busy on the comedy front for TV, that has seen him part of the BBC show King Gary, starring the larger than life Tom Davis, who apparently, Neil has had some previous with. “Tom’s my mate, I’ve been pals with him for about 20 years now, we’ve worked together and lived together for a period, and King Gary is a bunch of mates actually, I was very, very lucky to have that group of people to go and work with.”

He does have some possible bad news for fans of the show however. “I don’t think we’re doing another series now, which is a real shame,” he says, ”We’d just laugh all day every day on that job. I loved it and I’ll miss it. Tom’s a great guy to work with, very, very, very ,very funny, funnier off camera than he is on it, the audience don’t quite get the value out of him that I do.”

Davis must be a pretty good friend as he managed to persuade Neil to take part in his mostly improvised series Murder in Successville, playing notorious Scottish comedian Frankie Boyle. “They convinced me to do that” Neil admits, “ I’m not sure how successful it was. That was the scariest day’s filming of my entire life. Because you’re doing an impression, and I’m not really an impressionist, and I’m doing my version of Frankie Boyle, but it wasn’t just Frankie Boyle, it was Frankie Boyle as Pablo Escobar.” He adds, “And then you get a script that is just your dialogue, because you don’t know what the person (TV celeb Mark Wright) is going to say; you walk down, say your first line, and then he says something that’s completely unexpected, then you’re caught in an improvisation with someone who isn’t an actor, so he’s just throwing stuff at you. The scene would go on for about 20 minutes at a time, and there’s the person on the outside doing an impression of Frankie Boyle as Pablo Escobar from Narcos, and then there’s the little version of you inside just praying that this will stop! Why have you agreed to do it, and how have you let Tom convince you to do it, you used to have a career! As you can tell, I’ve still got PTSD over it.“ Does he know if Boyle has ever seen his drug-lord version of him? “I sincerely hope not. That very thought fills me with horror!”


Bull is available on Blu-ray and DVD now.