There’s something romantic about train stations. Not the tatty, rural kind, with permanently locked toilets and waiting rooms with the scent of pee and foreboding. The grand city kind, with concourses bigger than small countries, platforms as long as your imagination, and exits and entrances akin to the Penrose stairs.

In British director Vaughn Stein’s debut, set in a train station, it’s all about the departures rather than arrivals. 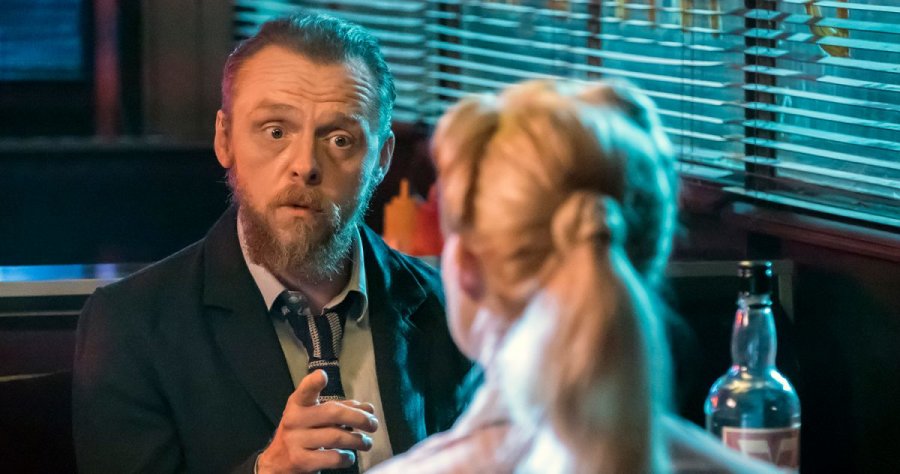 Listen here, I still maintain that The World's End was a fine film dammit!

It’s late inside the station and there’s one passenger on the platform. It’s late, and it’s only after chatting to a member of staff (Mike Meyers) that Bill (Simon Pegg) realises he’s waiting for a train that is never going to come.

Instead of standing there for hours, it’s suggested to him that he may be better off waiting in the End of the Line cafe, which is open all night. He agrees, and so tootles off there. Being the middle of the night, the place is empty, except for waitress Annie (Margot Robbie). As it’s just the two of them, Annie becomes quite chatty, probing even, as she asks Bill question after question.

Meanwhile, elsewhere in the station, Vince (Dexter Fletcher) and Alfred (Max Irons), two hit men for hire, retrieve a black briefcase from a locker. Its contents finally lead them to an invite to a job, from a mysterious Mr Franklin, who requires their services.

As these two sets of stories unfold, a figure watches the goings on from his bank of monitors, surveying all. Is he pulling all the strings to these events, or is it someone else? 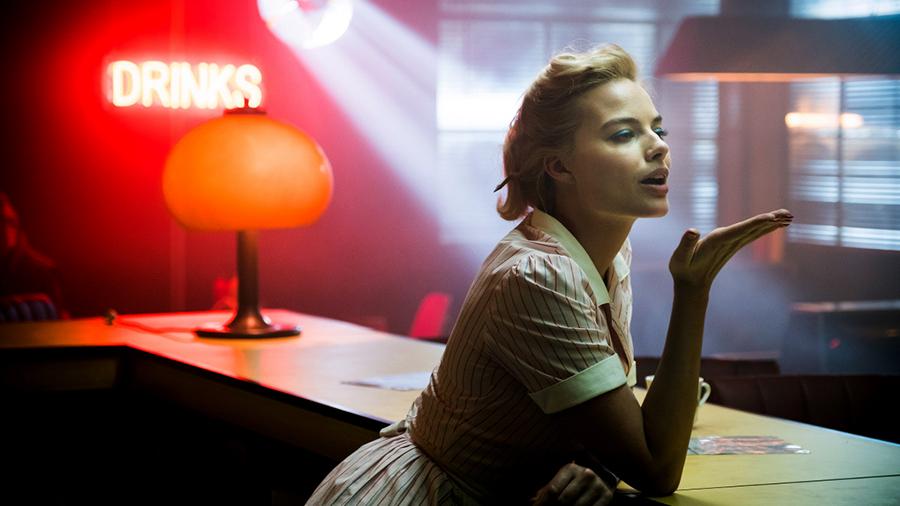 And this is for all the cast of Neighbours - look at me now!!!

It doesn’t take long into this film to notice the effort the cinematographer has gone to; he’s done a swell job giving it a cool Sin City vibe, with a neon noir twist. It’s a world of contrasts, where colours vibrantly pop against a dark night backdrop. So visually it impresses.

Stein loses the plot however, quite literally, with his script. The dialogue is often sharp and sassy, especially when delivered by Robbie who burns brighter than the neon around her as the feisty femme fatale, but the story just doesn’t have legs. More accurately, it’s hampered by being in a wheelchair, with the cast having to do some serious pushing to get it over the finishing line.

Still, for his first feature, Stein shows glimpses of genuine flair and creativity that could hint at more promising projects to come.

Terminal is a visual feast that thankfully acts as an attractive distraction from the messy antics on screen. It features some solid performances, most notably from Robbie and Pegg’s scenes together that are reminiscent of an episode of Tales of the Unexpected. An interesting platform for an eclectic bunch of talent, sadly attached to a story that struggles to know exactly what route it’s taking or any conviction on its final destination.