Considering Nicolas Cage has starred in over a hundred films now, of varying quality, and played a diverse number of characters, it’s surprising that he has never ventured into the old west. Until now.

Yes, finally Cage is in a western. It’s a real disappointment then that despite never starred in one, his first effort shoots blanks. 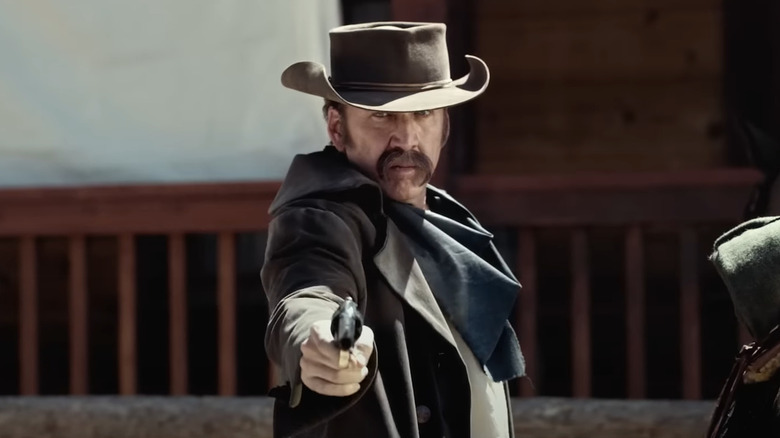 So this is the pose i want for the poster. Cool huh?

Living in a small home with his wife Ruth (Kerry Knuppe) and his 12-year-old daughter Brook (Ryan Kiera Armstrong) is Colton Briggs (Cage). He runs a store in town, but his past is more shady, as he used to be a gun for hire.

He’s put that life behind him now, concentrating on being the best husband he can be. He’s not doing so great in the father department however, which still needs some working on.

But despite his new responsible life, he finds his old life catches up with him when a gang rides into town, who decide to turn his new life upside down, and drag his old life out of retirement to get his revenge. 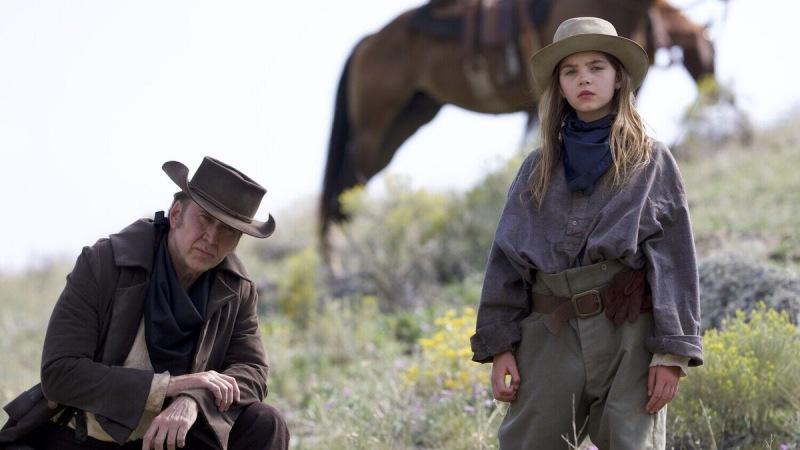 OK pa, so it's a ride thru burger joint? But what does the giant yellow 'M' stand for?

A more accurate title for this film would have been The Generic Way, as it offers a truly tired story set in the old west. It’s your ‘classic’ revenge tale, that has been the life blood of many a western, with the treatment of the film being more important than the story itself.

Sadly, Brett Donowho can’t direct for shit. There have been some definitive clues with his previous efforts, that have included titles such as The Sacred, No Tell Motel and Acts of Violence, all of which have been unmitigated failures.

So it makes perfect sense – Cage sense that is – that one of Hollywood’s most unique talents would agree to work on such a dire project.

The appropriately named Donowho shows no creativeness with his film, with much of it resembling a show put on at a western-themed park, where they have two shows daily outside the saloon/gift shop.

It is shockingly bland, with only two points of merit to its name. One is the music, which is spot on for a western, and the other is Armstrong; the young actress is like a rare nugget of gold that has been panned from a trough of muddy waters. She gives an incredible performance, that goes above and beyond the mediocre surrounding her on all fronts, offering real heart and vibrancy.

Of course she has form for being the best thing in a bad film, as she proved opposite Zac Efron recently in the poor reboot of last year’s Firestarter.

And of course if she is the best thing in it, where does that leave Cage? Well, as we all know too well, Cage has form too, mostly for being average in bad films, and he’s managed to excel himself here, in being really rather poor.

Cage comes across as fairly robotic throughout, as if someone mistakenly told him that this was a reboot of Westworld, with Cage playing the original Yul Brynner role. It’s a horrid stereotype character seeking revenge, with Cage almost embarrassingly bad, with him struggling to make his character even two dimensional.

It’s a film that owes a lot to the talent Armstrong, who somehow incredibly makes it almost bearable to watch – unlike Cage.

Another stinker to add to the growing crap Cage collection then.