In case you haven’t noticed, we live in troubled times. And during these times, there can often be felt a tangible anger. You’ve probably felt it yourself; maybe you’ve been queuing for some time and someone has cut in ahead of you, or you’ve held a door open for someone and someone else has barged in, or as this film describes, an event in a car that brings on road rage.

But have you ever sat through a film, with your fists clenching ever tighter, and your blood positively boiling at the absurdity of what’s in front of you? That’s right ladies and gentleman, Unhinged is the type of film that may just bring on a bout of that rarest of things – film rage. 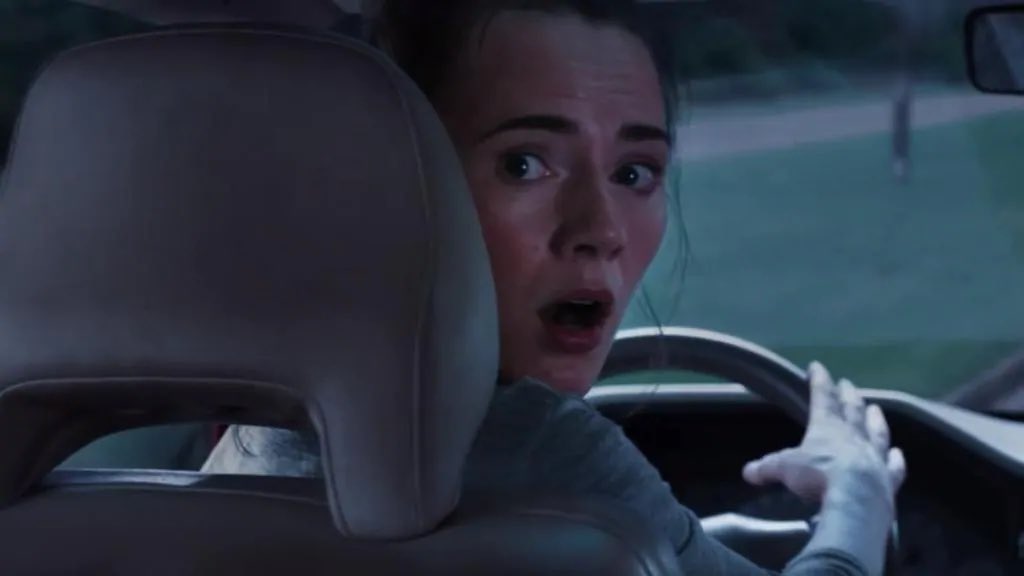 Oh wait, the Sausage and Bacon Deluxe is back?!

Having overslept a tad, Rachel (Caren Pistorious) soon finds that her late start to the day goes from bad to worse, real quick. Things don’t improve much as she takes her son Kyle (Gabriel Bateman) to school. First there’s the traffic on the freeway, which soon becomes bumper to bumper. Then, as she decides to get off it and take the back roads, she pulls up to some lights, with one car in front of her. The lights turn to green, and yet the car in front doesn’t move. A little while longer, and it’s still motionless in front of her. With her irritation now getting the best of her, she honks her horn in what could be interpreted as an aggressive manner. Having had enough, she then pulls up alongside the car, and drives off in a huff.

It soon transpires that Rachel isn’t the only one having a bad day. What she’s completely unaware of is that the driver of the car in front of her, Tom Cooper (Russell Crowe), hasn’t just reached the end of his tether, but has witnessed it violently snap, which has lead him to commit some heinous crimes. So when Rachel gets annoyed with him from the car behind, Tom takes it seriously. Very seriously.

After Tom gets the opportunity to have a not so friendly chat with Rachel and Kyle further down the road, Rachel soon starts to see Tom everywhere; in her rear view mirror, at the gas station, getting closer and closer. With Tom clearly beyond the point of rational thinking, it quickly dawns on Rachel that Tom is obsessed with teaching her a lesson, one she’s likely to never forget. 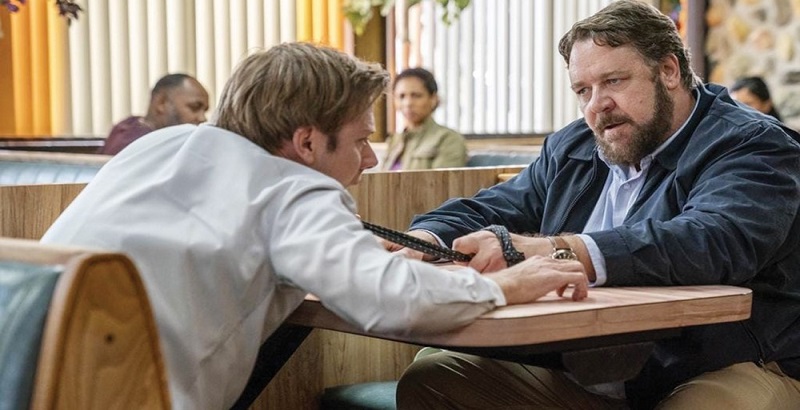 So tell me again why you think Gladiator was such a shit film?

There are two things that are immediately obvious after viewing this film: this film’s premise of road rage is an interesting one and is worth exploration, but this isn’t the film for it. Unhinged is similar to a an excitable puppy; initially at least, there’s something pleasing to behold, but then, with its incessant licking of your chops, jumping up and down with boundless energy, and its keenness to mount your leg, you just want it to leave you alone.

Unhinged is a film that shifts from one to five so swiftly, but in doing so, crunches every gear in between to excess in the process. So with what starts off being a portrayal of a man who has that mental switch pushed in the very wrong direction, quickly mutates into a ridiculous farce.

The result is nothing short of laughable. Somehow Crowe’s character manages to elude the police, despite behaving badly in an urban, built up area that is no doubt littered with surveillance cameras. It’s the kind of insane action you couldn’t even get away with in a video game, never mind a film based in a modern city.

And then you have Rachel, who drives around in a beat up Volvo estate. Although the car has clearly seen better days, and God only knows the last time it was serviced, Rachel ends up pulling off some driving skills that would put a professional rally car driver to shame.

It’s the kind of film that you could have gotten away with in the eighties – just – but just feels all kinds of wrong in the here and now.

It would be no surprise to see it eventually receiving cult status and quietly hailed as a guilty pleasure, but for everyone else, it could end in therapy as its bound to drive you crazy for being so utterly preposterous.