Just because a sport isn’t necessarily popular in one country, doesn’t mean that a film about that sport will suffer. An example being 1989’s classic Field of Dreams; although it was heavily baseball themed, its magical story transcended the sport, making it a global hit, even in countries that don’t play baseball – which is the majority of them.

The same can be said for American football. It is a North American phenomenon, and a sport that has struggled to catch on in any other territory. The fact that it’s a dull as dishwater doesn’t help.

But films like Friday Night Lights and The Blind Side have managed the remarkable feat of taking a truly boring sport and making it vaguely watchable.

Another film attempting the almost impossible is this feature inspired by real events that took place during the US depression. 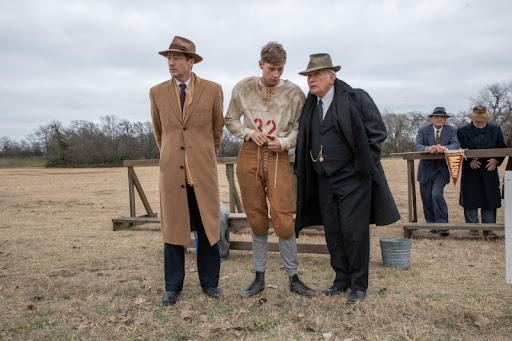 I swear I'm trying to be interested in what you have to say, but it's just not working out for me.

With the US gripped by the Great Depression, many families found themselves torn apart. As a result, many children find themselves orphans, with 150 of them ending up at the Masonic School for Orphans, Fort Worth.

Joining the staff in 1938 is Rusty Russell (Luke Wilson), a successful football coach who has a dream of creating a football team from the orphans. The problem is, the boys he’s in charge of have never touched a football in their lives, so getting them ready to join a high school league is likely to be his biggest challenge yet.

To make things worse, he can only manage to scrape together a team of twelve out of the entire school, leaving him with even fewer options on the pitch. Undeterred however, he perseveres to train his team, in an attempt to truly give them a sporting chance both on the field and in life. 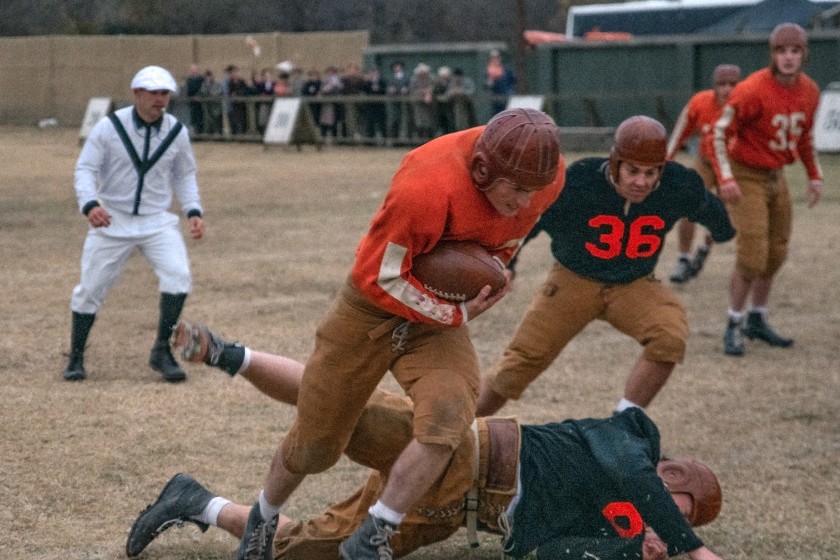 With many horses being melted down for glue, some jockeys needed alternative employment.

Based on Jim Dent’s non-fiction novel, the film already has an advantage in having a fascinating historical base to build on. What could be more uplifting than a film that sees 12 orphans come good? Well unfortunately for director Ty Roberts, who doesn’t have the most impressive CV when it comes to directing, his vision is just far too heavy handed.

Roberts makes a number of fumbles throughout, most notably with character development, with the issue being there isn’t any. He has a young cast, playing damaged entities, which would allow for some strong personalities to shine through. Think Good Will Hunting on the football field. And yet despite a healthy running time of two hours, the main characters feel just as distant at the end as they do at the start.

And although based on true events, the director’s playbook is disappointingly generic and unoriginal. From the syrupy soundtrack that lingers over every scene, to the vintage filter seemingly shooting it all. In truth, it’s a waste of a genuinely interesting story.

With American football such a hard sell – globally that is – this had the opportunity to make a winning play, but instead, it misses every goal by miles.