It must be great to be Justin Timberlake. You just know that if you were JT, you'd be able to cut straight to the front of the line at any ride at Alton Towers. Hell, they'd probably even open the place up for him and a few pals to have the place to themselves. 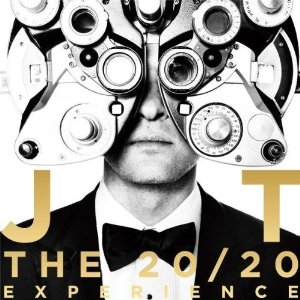 There are numerous other examples of how great it must be to be JT, but let's face, it, none would be better than the Alton Towers thing.

It's been a while since his last album, FutureSex/LoveSounds released back in 2006; it was the album, you might remember, that featured the singer declaring that he was bringing SexyBack, and making good on his promise, he did.

Since then, JT has been scratching his acting itch, with, it has to be said, mixed results. Mostly he's appeared in the blandest of bland offerings, with one exceptional exception, David Fincher's 2010 The Social Network.

But young Mr Timberlake has decided to get his groove on, or pay some bills, one of the two, and returns with his third long player The 20/20 Experience.

With a rich, lavish orchestral opening, Justin Timberlake signals his return in fine style with the first track. The keyboards segue nicely into a rather pleasant urban beat. It's a nice slice of soul and R 'n' B, which is pretty much the musical theme of the album. Justin sings of his clear addiction to making lurve to a woman simple known as the 'Pusher Love Girl'. He should be wearing flares whilst singing it, as it pays homage to that distinctive seventies soul sound.

It gets a little grittier with the album's first single 'Suit & Tie', which again, has its own classy intro, before hitting its stride. It has the kind of vibe that makes it sound as if it were produced by Australian outfit The Avalanches, and again, that can be said of the whole album in general. It's immaculately produced and it's no surprise that it was chosen as the first single. It also features a little ditty by Jay-Z, but that's clearly an obligation that all successful musicians must fulfil in their contracts these days.

His dance roots shine through with 'Don't Hold the Wall'; a track that has a lot going on, including a little Indian influence musically. It's on the busy side, but it knows it's got it going on.

Again, there's a heavy Avalanches vibe with 'Strawberry Bubblegum'; there may well be other flavours available, but this is the only one Justin fancies. There is a subtle theme of paedophilia, which let's face it, you just don't hear that often in mainstream popular culture, so kudos for JT for bringing it to our attention. It must be about that, because surely only young girls chew bubblegum of any flavour, never mind strawberry. Halfway through, the song morphs into a repetitive, Casio samba beat track and goes on. And on.

JT is in slightly more sombre mood with 'Tunnel Vision'. Again, its production values are highly polished, coming out of the speakers with a curious edge.

The retro soul vibe returns for 'Spaceship Coupe'. Obviously with that kind of title, it's not to be taken seriously. Although the facts say differently, it may well be written by Flight of the Conchords using a pseudonym, as the track is filled with lyrical nonsense. Fluffy fun that doesn't/shouldn't take itself seriously in the slightest.

There's a little more maturity with 'That Girl'; punctuated with classic horns, it's a throwback to classic soul songs of old. No bubblegum, no spaceships, just good old fashioned writing about a man's love for a woman. And JT gets the balance just right.

Just as the pace was starting to find a slower groove, JT turns it up a notch or two for 'Let the Groove get in'. Its infectious intro literally doesn't stop, as it canters frantically throughout the entire track. It's a blend of high energy, crossed with Latin and Middle Eastern influences, gliding across a disco floor, with no intentions of stopping. And you kind of wish it doesn't.

There's something a little more by the numbers about the second single 'Mirrors'. It's a power ballad disguised as a modern urban tune. But don't be fooled, it's power ballad stuff through and through, and one of the weakest tracks here.

The last track slows it way, way down, to an almost comatose state. 'Blue Ocean Floor' will make a great slow, smoochy track to signal the end of a school dance, if only for the fact that it gives you exactly seven minutes and twenty-three seconds of snogging action. It's a long filler on what has mostly been a killer album. Thank our lucky stars for the skip button.

The 20/20 Experience isn't quite the perfect balance its title suggests, but it's close.

Perhaps Justin was super excited to get back into the studio, which is understandable, but with the average running track at over seven minutes in length, they could have done with some trimming. Even the strongest tracks on here outstay their welcome by a minute or so.

What the album does signal however, is Justin still has a passion for his own music. It's not as strong as his debut Justified, but it looks unlikely that he'll ever reach those dizzying heights again. Still, a more mature Justin Timberlake is no bad thing.

Justin clearly has his sights set on musical greatness, and this album is a fine example of it. We'll just have to sit tight and see whether he's here to stay, or if that acting bug will bite yet again. Either way, it's still got to be great to be the one and only JT.