Many people might think that once you’ve got a major role in a Marvel superhero gig, you’re pretty much set. To a certain extent that’s true, as your profile is likely to go through the roof, into the sky, pierce the Earth’s atmosphere and beyond.

It could be argued however, that what you do next outside of that particular universe, is just as important.

For Chadwick Boseman, his lead role as T’Challa in The Black Panther has taken his career to a whole new level, firmly cementing his place in the MCU. For his first post-panther role, he’s signed up as a New York City cop, facing his toughest case yet. 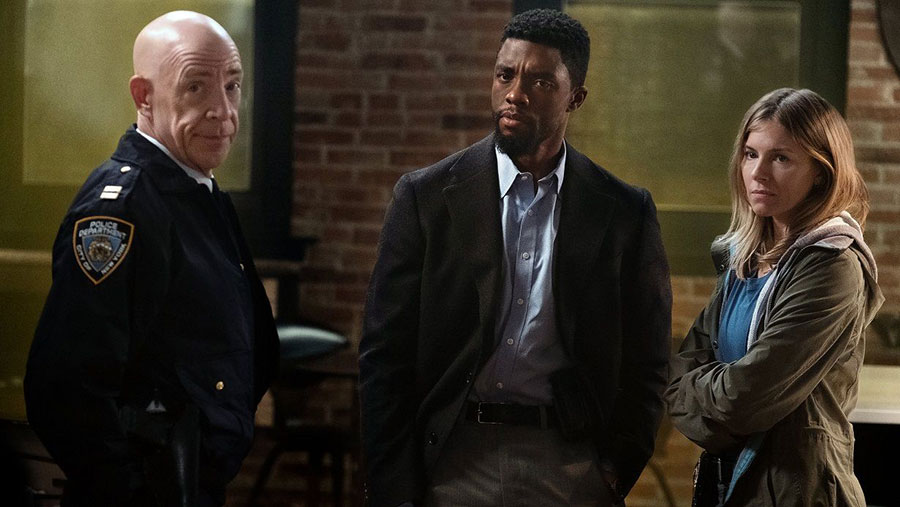 It doesn't help when the crew start farting, especially if it's the director.

Keeping the streets of NYC safe is no mean feat, but Detective Andre Davis (Boseman) does his best. His dedication comes from the fact that his father, who was also a cop, died in the line of duty. However, his record has come under a certain amount of scrutiny from Internal Affairs, for his best often includes him shooting his assailant.

But when a drugs theft goes badly wrong, causing the death of a number of cops, Davis is called in to get the job done, no matter what. He’s teamed up with Narcotics agent Frankie Burns (Sienna Miller), as he’s expected to need the extra help as he’s only given a number of hours to apprehend the killers at large. 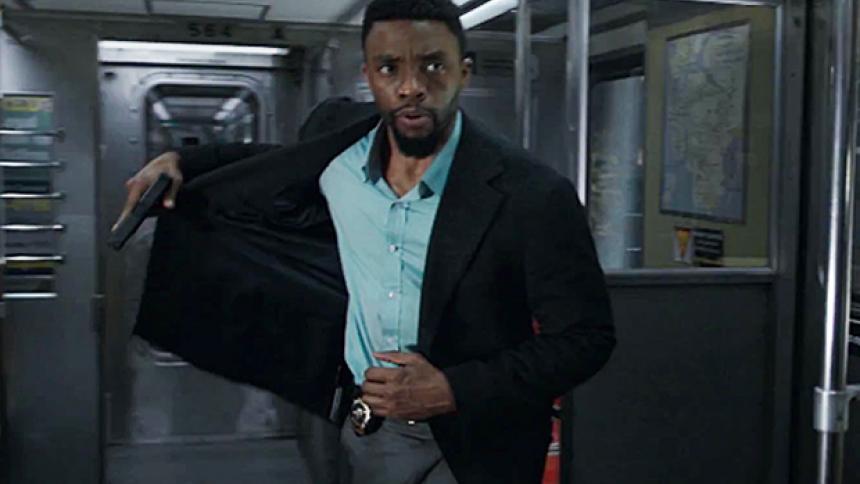 Look at that, now that's what I call all day, underarm protection!

Having carves out a nice little career in TV, directing episodes of the likes of Luther, Game of Thrones and penny dreadful, Irish director Brian Kirk has gone large for his first big Hollywood outing.

21 Bridges is a fond homage to classic film noir. Although a cop, Davis is seen as a maverick and an outsider, working a difficult case, within a tight time frame, the majority of which takes place at night in the city that never sleeps. It’s only lacking two elements: a femme fatale, and a gritty Dragnet style voice-over draped over the opening sequence.

Kirk still manages to impress with this modern noir however. It’s a tight, gripping drama, that although it sees itself running down a predictable alleyway as far as the story is concerned, Boseman delivers as the protagonist with his back against the wall. He proves, if proof were ever needed, that his talent goes further than just looking after Wakanda, only let down here by the lack of any hard boiled dialogue the film is crying out for.

A special mention for its music however, that could have so been lifted from any number of original film noirs, evoking a genuinely rich and textured atmosphere of the kind.

It may not be a classic of the genre, lacking that true gritty spunk, but it’s stylishly shot, with Boseman certainly looking the business.