As a child there was a tangible thrill about owning a games compendium, with the intent of being able to take it away with you and play with it anywhere. Often it comprised of a metallic case, that when you opened it up formed a chess board, whilst containing a number of pieces inside for a variety of different classic games.

The reality was far more sobering however. It would often lead to arguments with both siblings and parents that could really make a dent in a holiday. The only way it could ever resolve itself were if a piece or two were ‘accidently’ lost, so further outbursts were greatly reduced.

If you are able to pack that trauma aside, or perhaps are lucky enough to be free of it altogether, then this digital compendium of games maybe just for you. 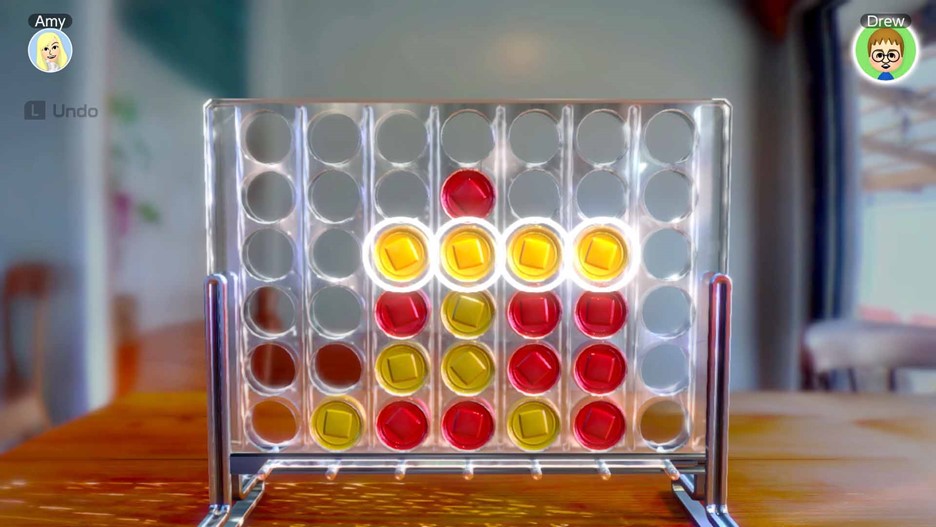 As you can possibly ascertain from the game’s title, there are a variety of 51 games to choose from. Although all can be accessed immediately, thank goodness, they are grouped together, with one of the game’s characters – one of many plastic figurines – overlooking them all. For instance, there’s someone in charge of the card games, the board games etc.

There is an adage that states that you can’t please all of the gamers all of the time, and this one will no doubt have some up in arms that their favourite niche title isn’t included. The truth of the matter is however, is that there’s a nice balance of games here, offering a pleasing amount of variety.

On top of that, they also offer differing lengths of times to play. Some are the type of games you can just dip in and out of if you need a quick gaming hit, others require a little more time for the game to develop. Then you also have to factor in how good you are at that particular game too; if you just so happen to be a chess master, then that game won’t necessarily hold that much of a challenge for you, and you’ll no doubt breeze through it. That said, there are different levels of difficulty available for all games, so there is a challenge there if you want it.

One of the major benefits of having so many different styles of games is that there are bound to be a number you’ve never heard of before. And where you could be put off from playing in any other real life scenario, the title includes instructions and hints for every game included. It also includes some odd bits of trivia too, like did you know that balloons can be burst if you pour lemon or orange juice them? No, neither did we.

What you also get are games grouped together. For instance there are a number of card games, then you have a selection of traditional board games, plus some silly but fun toy games etc. Literally something for everyone then, which means if you’re on the go with family and friends, you’re bound to have something to tickle their gaming fancy. 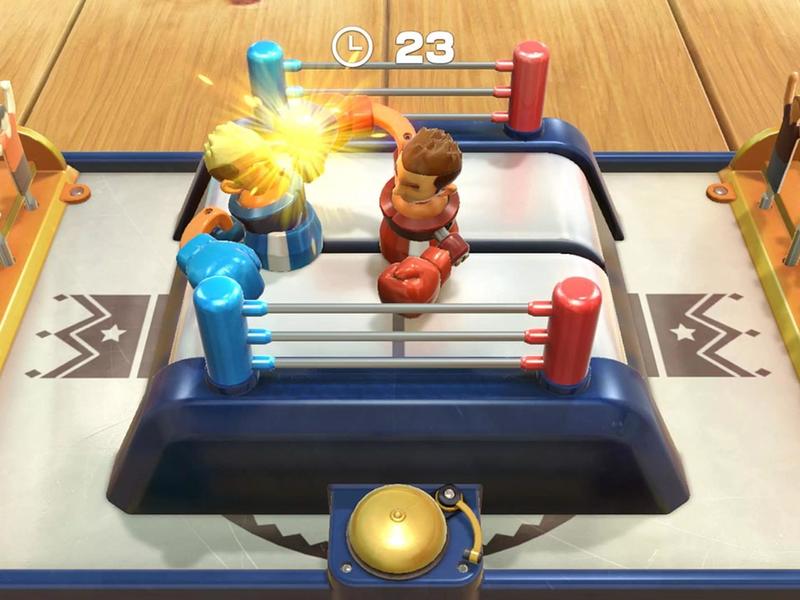 Pretending to be a statue of himself in the ring was ultimately the undoing for the Gypsy King.

Some of the titles you get exactly what you expect, particularly in the more traditional titles like chess and draughts, as well as the myriad of card games. They’re staples of the gaming compendium after all, and are perfect for gaming on the go.

The toy games however offer something a little different. The Air Hockey is surprisingly realistic for instance, and you really do get a sense that the puck is floating on your screen. Then you have something like Slot Cars, which is just an adrenaline shot of nostalgia for all those that owned Scalextric. The great thing this time however, is if you’re a single child, you no longer have to wallow in the sadness of having no-one to play with, as you can always get the CPU to play against.

Just as much fun can be had from titles like Golf, Toy Soccer, Toy Boxing, Shooting Gallery etc that you could get away with just buying the game for them alone, and not bother with the traditional games. You would of course, be missing out.

You can of course take these games online too, and play strangers from all around the world. The Switch is possibly the only console we would do this on, as not only are their restrictions quite tight in terms of communication, we’ve generally noticed that you meet a nicer kind of gamer with Nintendo titles.

There are a few niggles within it. Like the fact that certain games will only work under certain conditions, like certain games will only work with Joy-Cons, and not a Pro controller. You should also keep an eye out for the dealer in the card games – especially on the Blackjack table – who gave us the impression they were a bit shifty and up to no good, and keen to make the house the winner. But that may be just down to us being sore losers.

These are just minor issues however and certainly don’t spoil the gaming party.

With its pleasing visual style, nicely balanced variety of games, variable difficulty level, and overall accessibility for gamers young and old, this collection is a refreshing, modern take on some real classics, with a bunch of fun and frivolous titles thrown in for absolute good measure.

And with the built-in instructions for every game, fighting over rules should be kept to a minimum. Here’s hoping.