With everyone told to stay in and not go anywhere, the concept of getting on a plane and travelling somewhere has proven to be eerily foreign, as well as very much condoned by governments.

If the powers-of-be wanted to continue to put people off of flying, then all they need do is plump them in front of their TV and watch this debut feature from German director Patrick Vollrath, starring the ever-likeable Joseph Gordon-Levitt. 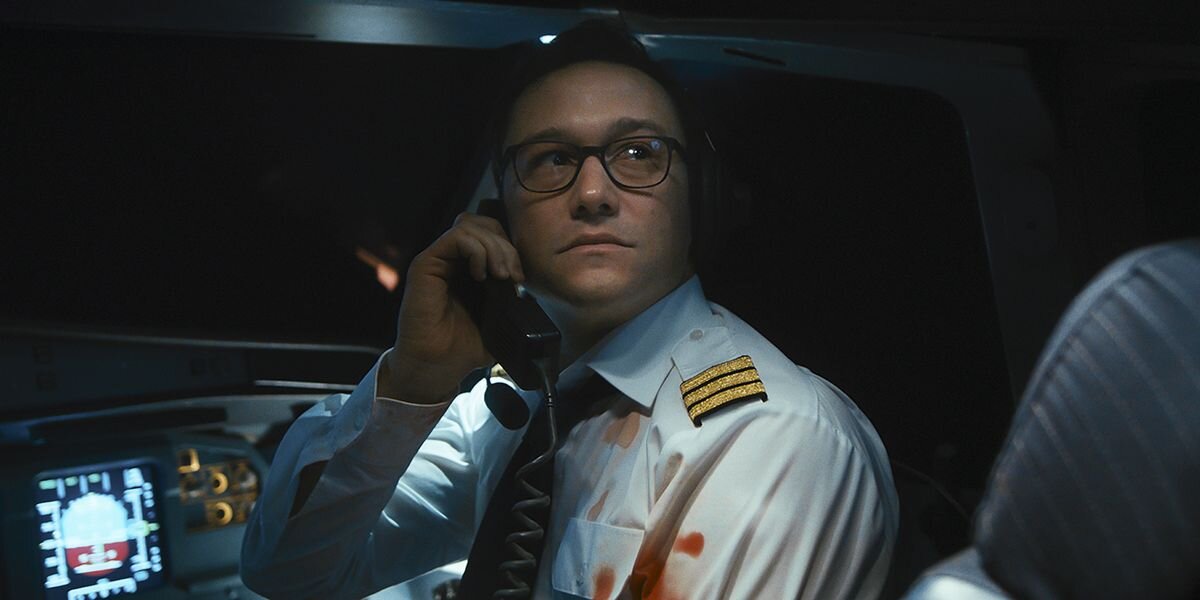 My bad, can I have the chicken instead?

Preparing to take-off from Berlin airport for an evening flight to Paris is First Officer Tobias Ellis, along with the rest of his crew, including flight attendant Gökce (Aylin Tezal), who just so happens to be his partner.

It’s not long into the flight when the door to the cockpit is forced open by terrorists on board the plane, but due to some quick thinking, Tobias manages to swiftly get it closed, but not without casualties, including the captain.

Although the door is shut, that doesn’t get away from the fact that on the other side of it are 85 passengers, and a bunch of angry terrorists, who are adamant that Tobias open the door to the cockpit, or else. 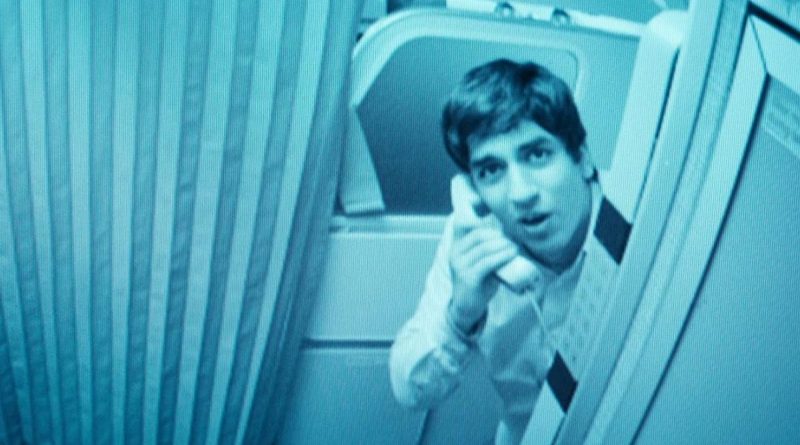 Hey!!! I can see you watching me have a poo!

Its part of the terrorists-on-a-plane genre’s DNA that tension exists throughout, but Vollrath somehow manages to take the altitude up a notch or two. He achieves this in a number of ways.

Firstly there’s the film’s locale; the majority of it takes place in the claustrophobic confines of the cockpit. The audience, like the crew, are trapped there, helpless, like Otto the inflatable auto-pilot from Airplane!, only slightly less deflated and less useful.

Another clever element is the film’s running time; although only 90 minutes, Vollrath makes the audience believe that it’s virtually in real-time, giving you a rather bumpy first-hand experience throughout the entire proceedings as it plays out for the short European haul; think Easyjet, but with better snacks and more comfy seats.

Then Vollwrath strips back the soundtrack to the point where it’s non-existent, only allowing the ambient noises of the aircraft to remain. This helps remove all the Hollywood sheen and polish that you would normally find in a film of this ilk, giving it a remarkable, fly-on-the-wall documentary feel.

Perhaps the one area that doesn’t fly so well is the script. Although the moral issues that conflict Gordon-Levitt’s character are absorbing, the terrorists themselves are a little vague, with much of the hard work placed on the young shoulders of Omid Memar who plays Vedet, who has to convey the sense of doubt of their actions for a lot of the latter stages of the film.

Still, Vollwrath delivers a taut and thrilling film, which promises greater projects on his horizon, considering this is his first feature flick.

It works remarkably well for not being a glossy, big-budget affair, as you strap yourself in for one hell of a turbulent flight.