Ah, man's best friend. Over the years he's had his fair share of adventures on the big screen, from informing others of poor little Timmy's demise at the bottom of the well, to fur-coated fun often at the expense of bemused humans.

It has been a while though since dogs (real life ones at any rate) have been let loose on the silver screen, and Lasse Halström's latest sees more than one steal the limelight. But just as some pups get sent to the dog house, so should this film.

A new pup is born and after getting into a few early scrapes, ends up being looked after by teen Ethan (K.J. Apa), who names him Bailey. Ethan is devoted to his dog and takes him everywhere, making them pretty much inseparable. But then Ethan has to go away and Bailey dies. Not to worry though as he comes back as another dog. No seriously. And this isn't the only time this happens. Bailey has nearly more lives than a cat. And on each return he wonders, what is life as a dog all about? 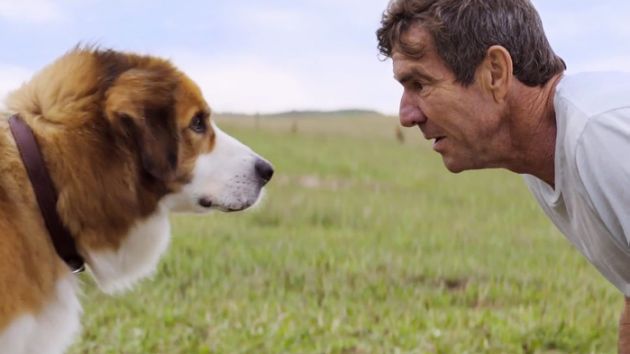 Dennis, one question - why?

Acclaimed Swedish director Halström has some previous form with four legged friends; although his breakout hit My Life as a Dog in 1985 mentioned a dog, none actually took centre stage in the film. Unlike 2009's Hachi: A Dog's Tale, which saw Richard Gere chewing up the scenery with an Akita dog. And now this. His first name is even a nod to the most famous screen mutt.

It has to be said that this feature takes the dog biscuit. Not only does (the spirit of) the dog contemplate the meaning of life, it does so even after being reincarnated a number of times. Even if you park the esoteric nature to one side - and it's hard to - the film plays like a clichéd, rejected Disney effort from the eighties. 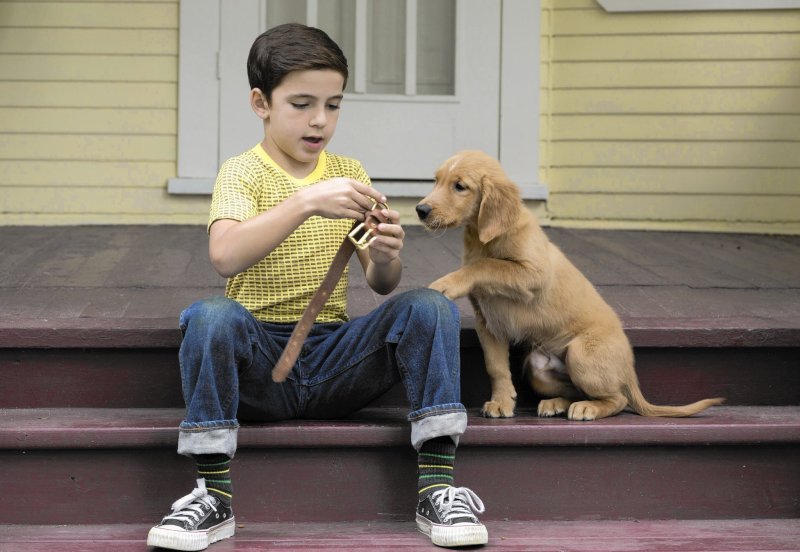 I'm setting you free for one reason - i'm a cat person.

And if all that wasn't enough, the fact that the dog talks throughout its various incarnations - albeit as a voice over (Josh Gad's) - is highly annoying and just goes to prove that hearing the thoughts from a dog throughout a film have never been missed. On top of all that, the dog's aren't all that cute either, except in pup form.

If you're interested in dogs, then you're better off just looking at dog videos on YouTube rather than this stinking pile of dog doo doo.

Considering Halström's previous life as decent director, helming the likes of Chocolat, What's Eating Gilbert Grape and The Cider House Rules, why he felt the need to direct this dog's dinner is anyone's guess.