Just so you know, this isn’t a gaming interpretation of the classic 1985 Mr Mister song. Now once you’ve processed that disappointment, we can move on.

Instead, what we have is a curious, top down, plane shooter, set in a gorgeous cel-shaded world.

You play a young pilot from Granaria, a city in the clouds, a bit like Bespin, but without all those pesky stormtroopers. Once in the skies you shoot fish. That’s right, you read that correctly. Up in Granaria there are literally flying fish. Let’s face it, you can practically fish in every other type of game, so why not a flying one? 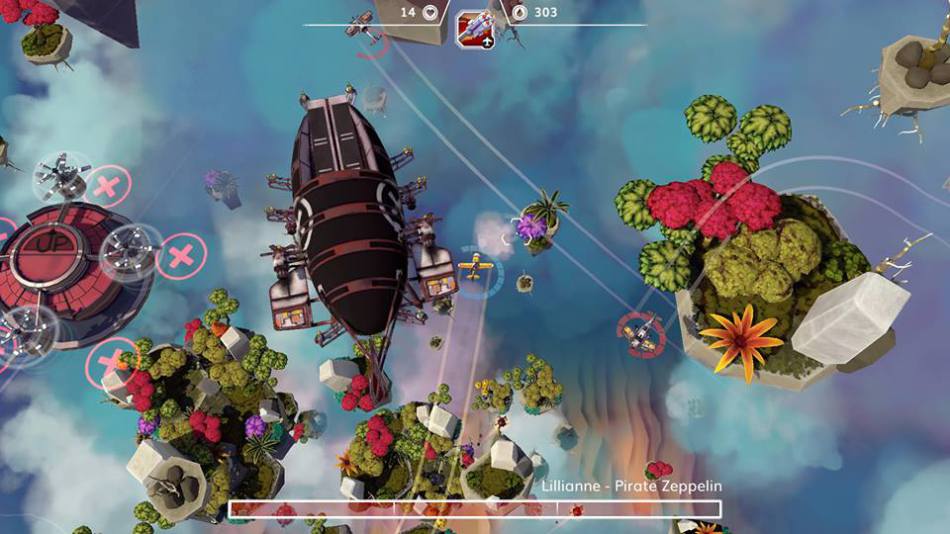 If it continues to be this busy up here, i'm going back to driving a car.

As you fly around in a circular motion, you won’t have the skies to yourself. There are other planes fishing too, but with your guns, you can shoot them down and steal their booty. Unfortunately, the police are up there with you too – flying pigs if you will – and if they notice you shooting other planes, they’ll gun for you too.

Once you’re done flying around in that particular area, you can head on over to a lift that will send you skywards to the next, with more fish and planes for company. And so it goes on.

With the cash you get for your fishes, you can upgrade your plane to make it that little bit more badass. Despite putting a number of hours into the game however, we only managed to ever get one upgrade, which means there’s a real hardcore grind to not only upgrade you plane, but to purchase others. If you’ve got more time on your hands than sense, then go for it.

Just from the look and feel of the game, Airheart was a title we were so willing to love. It looks plane (sic) gorgeous, and has a trippy, hypnotic vibe flying around the clouds. Actually, you might find yourself a tad air sick after a while, in which case, play it in short bursts. 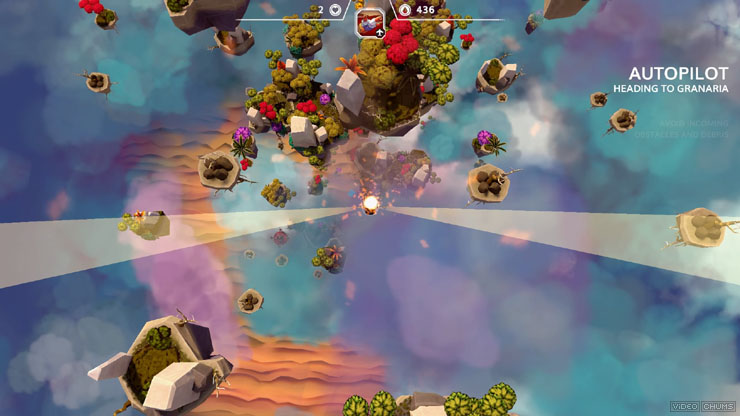 Other than the grating upgrade system, its biggest fault is offering nothing in the way of direction. There’s a blink-and-you’ll-miss-it tutorial, but that offers nothing in the way of what the aim of the game is. So you can fly around, get shot at, then fall from the skies. A word of warning too, if you don’t make it back to the hanger in one piece, you lose everything you’ve accrued to date, and have to start again. It’s almost as if the game really doesn’t want you to pick it up and play it.