All My Friends Hate Me

There’s a particular style of humour that seems specific to us Brits, and that’s cringe comedy. It all revolves embarrassment, for both the characters and audience involved.

You know the thing, especially if you’ve watched the likes of Fawlty Towers or The Office.

If you still don’t get the idea, then this British indie flick is the perfect example, for which you’ll probably have to watch most of it through your hand. 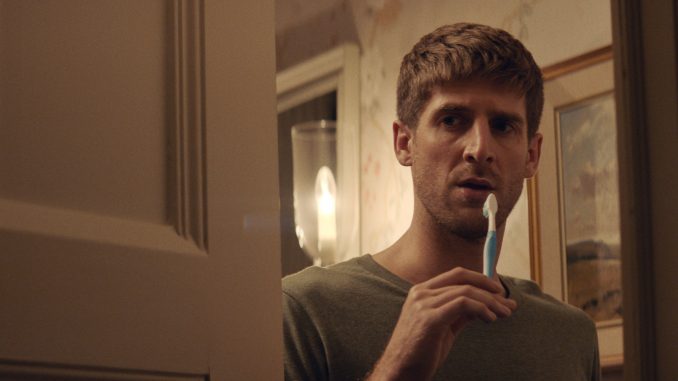 Did Alexa actually just shout 'Get out of the house now!!!'?

Travelling to Devon for a party in a lush mansion house in the country is birthday boy Pete (Tom Stourton). It’s something his friend George (Joshua McGuire) has organised, with a few other friends from uni attending.

After an eventful journey there, Pete finds himself all alone for a number of ours. When his friends return from the pub however, they bring with them a local, Harry (Dustin Demri-Burns), who they all rave about as being the proverbial life and soul.

It’s been a good few years since he’s seen everyone, and Pete is struggling to get into the spirit of the occasion. It’s not helped by the fact that he finds Harry really annoying, although no one else seems to.

The longer the party goes on, the more Pete realises that maybe their great friendships in uni maybe weren’t all that after all. 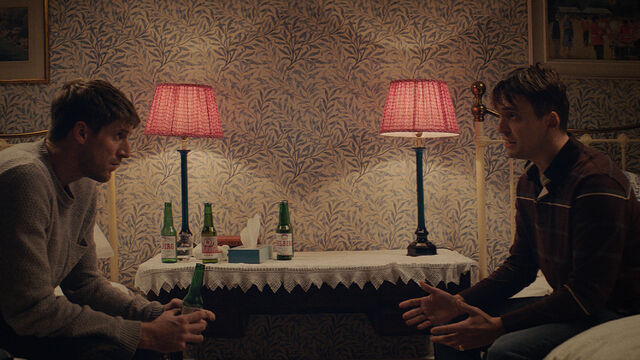 So for a starter, I thought we could share some salted peanuts.

Most films want you to root for the main protagonist, but this one well and truly doesn’t. It transpires that Pete is just as unlikeable as everyone else at the party. This makes it difficult for an audience to either sympathise or care. So when Pete finds himself in a bit of an awkward pickle, which is often, he kind of deserves it.

The film’s director Andrew Gaynord is certainly used to working this kind of cringe comedy, having recently shot the most recent series of the sublime Stath Lets Flats; the difference being that despite being an awkward individual, Stath is also remarkably loveable, with the audience fully behind him.

Here there are just one too many flawed characters, all of whom you would never want to hang out with, which makes this effort all the more of a cringe fest, so much so that it feels like it’s at the expense of being genuinely funny.

It’s a film then that you won’t necessarily hate, but you may come away from it with a strong dislike for it. And like us Brits, it may well be an acquired taste.