If ever there were an advocate for strong female roles in cinema it’s Luc Besson. All through his career, with films such as Nikita, Leon, Joan of Arc and Lucy, the French director has focused on stories promoting strong female protagonists, who certainly aren’t averse to kicking ass.

His latest, featuring a young Russian woman getting drawn into the world of espionage, is no different. 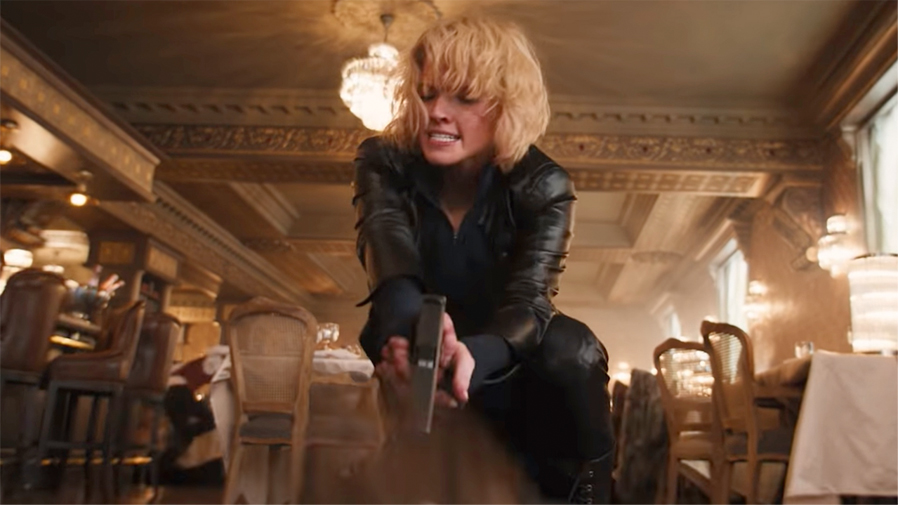 What did i tell you? No sprinkles on the hot chocolate!

For Anna (Sasha Luss) working in a market selling tat to tourists in Moscow isn’t her idea of a great career. Fortunately, her life is about to change, when a talent spotter for a modelling agency visits her at work and wants her to come back to Paris with him. Of course she accepts, and soon finds herself part of the glamorous world of modelling.

As good a model as she is however, she was actually recruited some time ago by another agency for a career in a different field – that as a trained assassin by the KGB. She accepted on the basis that her handler Alex (Luke Evans) promised her that it would be for only five years, and then she was free to do as she wanted.

Anna soon discovers though, that the KGB aren’t exactly renowned for keeping their word, and finds herself trapped in a dangerous world she’d prefer to be out of. One thing she knows for sure, the KGB aren’t going to just let her walk out the door and go her own way, so she’s going to put everything she’ s learnt to date to good use.

As you can see, we have footage of you stealing the said Rocky Road ice cream.

With Anna, Besson is once again delivering an action film with its main protagonist being a woman who can clearly look after herself. And although its admirable to break with the stale standards of cinema in doing so, it does feel remarkably similar to Besson’s other projects.

The only vaguely different spin on things here is the director’s use of flashbacks, which sadly doesn’t really add things to proceedings. Otherwise, we have kind of seen it all before from him. But then, every John Wick film looks and feels the same way, so perhaps it shouldn’t even been an issue.

The only reason that it is, perhaps, is that there’s no questioning Besson’s talent. And although he doesn’t entirely bring his A game here, there’s still a hugely enjoyable set piece in a restaurant that is so beautifully choreographed, it’s worth the price of admission alone. It also makes you wonder why he’s never been offered the Bond job, as it seems it would be the perfect franchise for his considerable talents.

Luss is certainly a good find. She handles her first starring role with consummate ease, and never looks out of her depth. She’s also ably assisted by some strong British talent in the way of Helen Mirren, Cillian Murphy and Luke Evans.

Overall there’s a sense that the film had more potential than it realises. It certainly could have benefitted from less story and more action, but perhaps Besson was saving that combination for the forthcoming sequel to the fun Lucy.

Anna is Lucy’s distant cousin, who although has similar qualities, but just isn’t as cool. She can walk in her shoes, but doesn’t quite kick ass as effectively, rather disappointingly.