If you suffer from musophobia then this game is most definitely not for you. It’s the name given to those with a deep fear of all things rats, and this game is brimming with them. 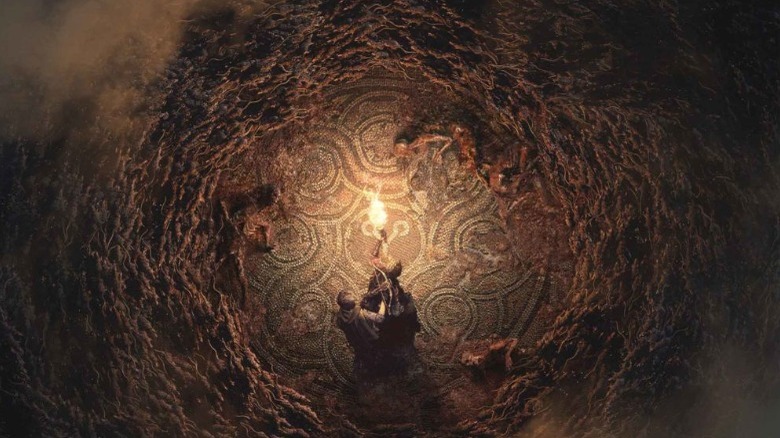 They have still yet to find a cure for young Hugo’s blood disease, and still find themselves on the run, from both Inquisition soldiers and rats, both of whom now plague the land.

But when Hugo has a dream, of an island with two peeks, where he thinks a cure can be found, Amicia decides that despite it being a long shot, they really have nothing else to lose. 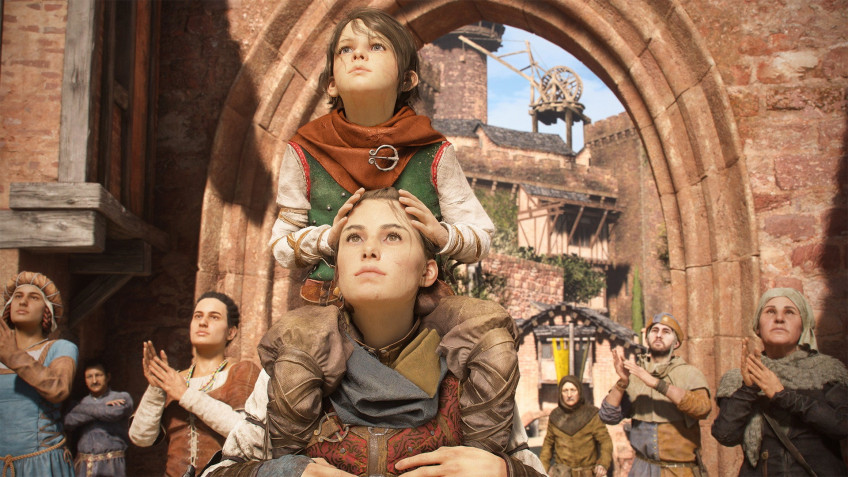 They're going to play my favourite next - WAP...

As we knew this title’s release was forthcoming, we decided to check out the first instalment, which was conveniently available on Game Pass. We were a few chapters in when the game was one of those chosen to leave the service. This was both annoying and a missed opportunity to get gamers excited about this new release.

We don’t run a service like Game Pass, but if we did, we’d work on the synergy of the games coming and going; it only makes sense that there will either be gamers like us wanting to check it out before the next release, or choose to play it after playing this one. Either way, neither can be done if you remove the original completely.

But what we did play of it – about five chapters – certainly served as a decent primer for playing this one.

The premise is exactly the same; you go on a journey where the idea is to stay alive. And as mentioned previously, there are soldiers and rats to avoid. And the same is true here, although there have been some welcome additions to the mechanics overall.

Now there are a number of ways to kill soldiers, and you will have to get to grips with all of them, as some foes can only be defeated a certain way. For instance, soldiers without a helmet can be killed with a simple blow to the head from your slingshot. Soldiers with metal helmets however, can’t. So you may have to use a crossbow, when it becomes available, but of course ammo is scarce.

It’s a shame that so much detail has gone into the realism of the period, with some stunning vistas along the way, that the same level of attention couldn’t have gone into the weapons. The biggest gripe is fire. Now you can easily create fire, pelting foes with your slingshot, or even create fire bombs, which you would think would be useful, but not so much; you can set a soldier on fire – he deserves it, trust us – and yet regardless of the armour he’s wearing, he reacts to the flames as if he’s swatting flies, that eventually go away and he can go about his business. We’re not sure, but we don’t think any kind of fire proof armour was around in the 14th century.

And although other things can be created to aide your fight, such as smoke bombs that extinguish flames, and others that enflame them, one major omission is glaringly missing – the stealth kill. Much of your time is spent on your knees, hiding in tall grass, trying to be avoided. Now gamers have been tottering around on their knees for years in stealth games, which can’t be good for the joints, but it’s all been worth it when your enemy turns their back on you and you can break their neck with a quick snap, without anyone else knowing. Although it could be argued this is the quintessential title for a stealth kill, it’s simply not here.

Another annoyance is the voice acting; there’s nothing wrong with it all, with the leads all being highly compelling, but there’s something peculiar about a game set in France that is devoid of any French accent whatsoever. Did they not speak French in France in the 14th Century either?

One of the biggest improvements in the game is the inclusion of companions, who can help you out at different times, in varying ways. Sadly it’s not something the game fully embraces, with limited use throughout, such as turning a wheel at a particular time. It’s a mechanic that had far more potential, that simply wasn’t fully realised, which is a shame.

And although the game is fairly linear, there were times when we were roaming around in circles, struggling to find a way out. So the addition of a map wouldn’t have done any harm at all. Unlike those rats.

It’s not something one admits to, but the swarms of rats that run wild throughout the game are really quite impressive. They also become quite integral to progression too, throughout, without giving too much away, that certainly adds some much needed variety in the game.

Another element that noticeably improves the overall atmosphere of the game is its soundtrack, by French composer Olivier Derivière ; it is stunningly cinematic, that has a life and power all of its own, that not only helps set every scene, but punctuates them magnificently.

The story is interesting too, that has an air of the supernatural always just in the background. But ultimately, it’s a road trip, a long old road trip, that has the occasional dips trying to stretch the game out. The scenes where you are chased by rats is played out one too many times, lessoning the impact the deeper into the game you go. And there are a number of scenes where you are just walking and talking, which only adds to the notion of filler.

It’s a game about relationships; those companions you meet up with along the way, but most importantly, the bond you have with your younger brother. His situation pushes your character into performing certain acts, proving that you will do anything to protect him.

It’s a relationship that the game lives and dies by; it’s one that could definitely benefit from a short cut, trimming out the extra fat and gristle over used, as a leaner story would be more beneficial. The scenes in the palace on the island, for example, feel sluggish as if they will never end.

That said, when you start out on their journey with them, after a while, you feel required to see it through with them ‘til the end, aiding in their quest to find a cure for poor Hugo. It’s only polite to do so, after all.

It certainly builds on from the first title, and makes some strident steps in the right direction with the new mechanics implemented. But ultimately it feels as if there’s better to come, if another tale in whatever capacity eventually appears on the horizon. Hopefully with less rats this time.