Jaws. Mad Max. Deliverance. The Godfather. Don’t Look Now. Close Encounters of the Third Kind. Star Wars. The Godfather. Annie Hall. Marathon Man. Dirty Harry. Just a handful of films that go to cement the notion that the seventies was one of the best, if not the best decade for Hollywood films.

Just making it into that decade was Francis Ford Coppola’s 1979 film Apocalypse Now, which sees a welcome digitally restored return to our screens. 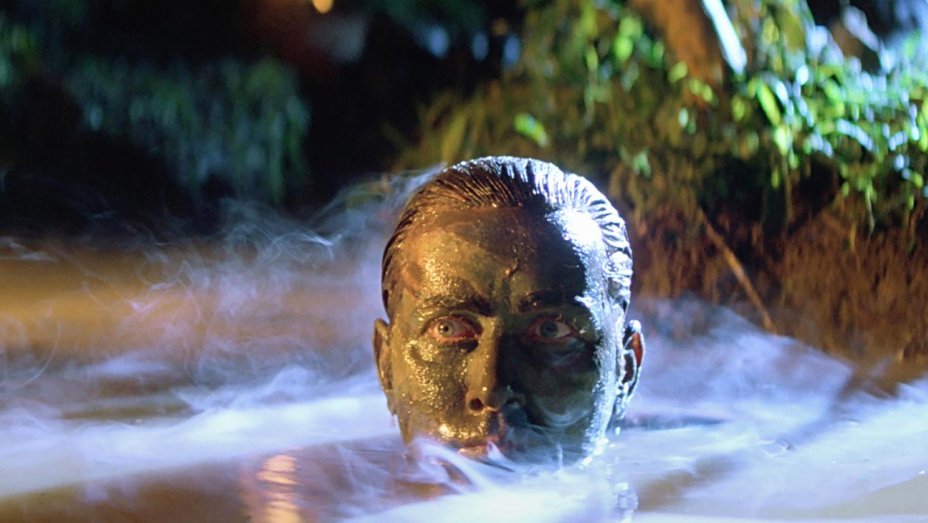 I just can't get over how great this camouflage moisturiser is for my skin!

War can truly damage a man and Captain Willard (Martin Sheen) has his fair share of mental scars; the only thing he knows is how to be a soldier. He therefore readily accepts a covert operation: to track down and assassinate Colonel Kurtz (Marlon Brando); a Special Forces legend who has fallen from grace and is said to have not only started his own army but to also be insane.

The problem is, Kurtz is holed up in the deepest, darkest parts of the jungle. To get to him, Willard and a small crew must navigate through some of the most treacherous and dangerous parts of Vietnam. Despite his experience, it’s not only a journey that will take Willard to the edge of hell, but it’s a mission that will also make him come face to face with his demons. 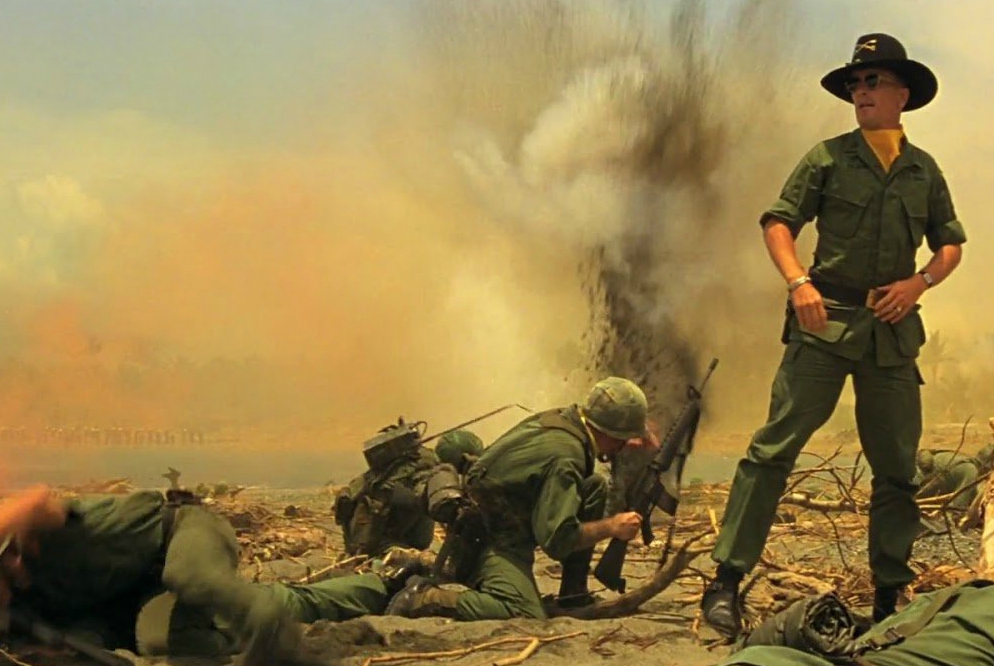 Honest to God i'll get so mad with those guys if I get a crease in this outfit.

Anyone worth their celluloid salt will know of the incredible struggle director Coppola had to endure to get this film made. Not only did the production massively overrun (a three month shoot in the Philippines ended up lasting 13 months), but Brando turned up on set massively overweight and Sheen suffered a heart attack during filming.

All the chaos and heartache was worth it though, as the end product is often cited as the best war film ever made. And it’s not difficult to see why.

Films like this truly aren’t made like this anymore. The helicopters that feature heavily in the film for instance, are real helicopters, flying in the real sky. Today it would probably be a day’s work for a CGI buff to create something similar, but it wouldn’t look anywhere near as authentic.

Coppola doesn’t just take his characters on an incredible journey but also his audience, one that attacks the senses. Visually he paints the perfect picture of the absurdity of war, supported by the perfect soundtrack. He also gets some truly memorable performances; not only from his leads like Sheen, Brando and Robert Duvall, but also from Albert Hall, Sam Bottoms, Frederic Forrest and a frighteningly young Laurence Fishburne, who at fourteen lied about his age so as to play his seventeen year old character.

The fact that this marks the arrival of The Final Cut, suggests that, perhaps, this may be the last. Until the 8K version, presumably. But Coppola has stated that this version, the first to be restored from the orginal negative, has not only never looked as good, but also being remastered for Dolby Atmos, never sounded better either.

The word ‘classic’ is all too frequently bandied about these days, but Coppola’s film is just that. War, in 4K detail, will never look the same again.