The number one irritant when watching a film - albeit within the sacred walls of a cinema, or just at home – is noise. Of course this has only gotten worse with the invention of portable phone devices.

There was a time when a grizzled tut would do the job, perhaps followed by a death stare, but the ignorant have become hardened to such reproaches, and it seems that they are prepared to irritate otherwise mute audience members no matter what.

The creatures in A Quiet Place may well be murderous and evil, but there’s no denying they would make the perfect noise deterrent in cinemas today. 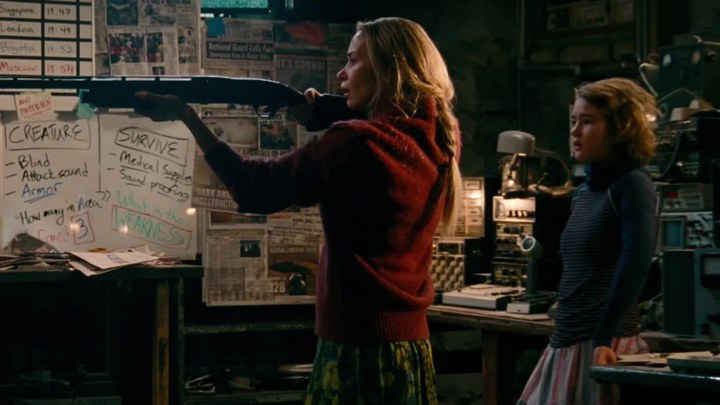 How many times have I told them now? No cold callers.

Would you believe it, the future has gone to soggy pants. Although it’s never made clear why, the reason is obvious: Trump. He’s either said – or pushed - something he shouldn’t, and the world is run amok by alien creatures that appear keen on stamping out the human race.

Living out in the boons are the Abbots – Evelyn (Emily Blunt) and Lee (John Krasinski) – with their young children, Regan (Millicent Simmonds), Marcus (Noah Juppe) and Beau (Cade Woodward). They have learnt that if you remain silent, the creatures can’t hear you, therefore you’ve got a better chance of living.

With their daughter Regan deaf, they’re already familiar with sign language, so use that to communicate. But keeping quiet is far from easy, particularly with a young family, but breaking their silence can come at deadly price. 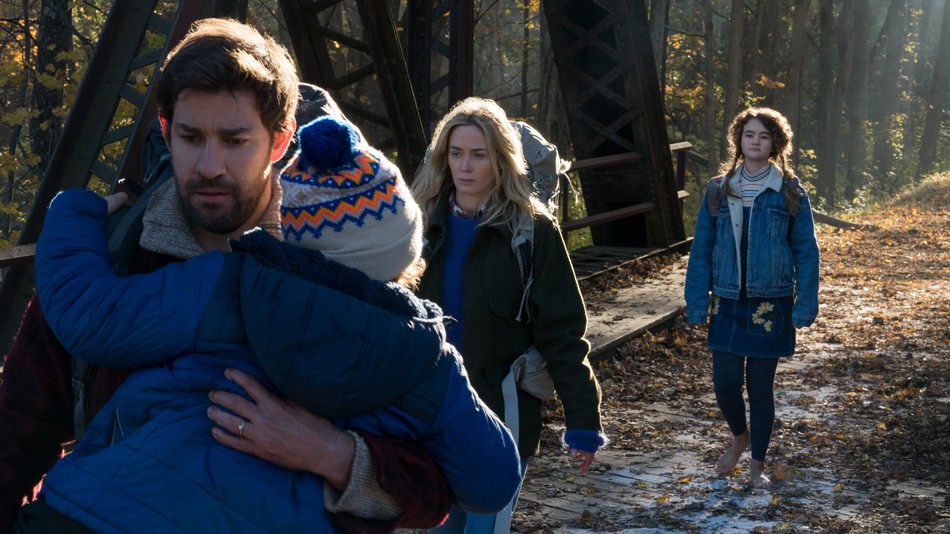 So much for our first camping trip. Bultins it is, next year.

It’s such a simple premise, it’s surprising that no-one else has come up with it. The risk is, of course, that having a script that has minimal vocal dialogue may well put off a lot of audiences. Krasinski though, who not only stars – alongside real-life wife Blunt – but gets behind the camera for a second time, directs with a huge degree of competency and flair. The result is a heady mix of Hitchcock and Shyamalan, turning up the tension, all the way up to eleven.

On top of the great performances from all concerned, credit should also go to the sound department, who literally get inside your head, especially if you turn up the surround sound system. It may just be that hiding behind the sofa will no longer be a viable safe option - if that's where your rear left and right speakers live - in fear of what may well be lurking there.

A Quiet Place is a terrific and terrifying piece of film-making that is well worth making some noise over – if you dare.