It’s estimated that 33 percent of the Earth is desert. Now that’s a whole lot of sand castles. But other than being a major component of hourglasses, there’s not much else you can do with it.

It hasn’t stopped Japanese developer Idea Factory however, as they’ve set their latest title right on top of the stuff, so get those flip-flops out.

It’s the near future, and as we all feared, and many predicted, the world is in bad shape. All the water has gone, leaving behind nothing but sand. So much sand.

It’s been said however that the key to humanity is out there – somewhere – and it’s down to you, Quinn Bravesford, to find it. 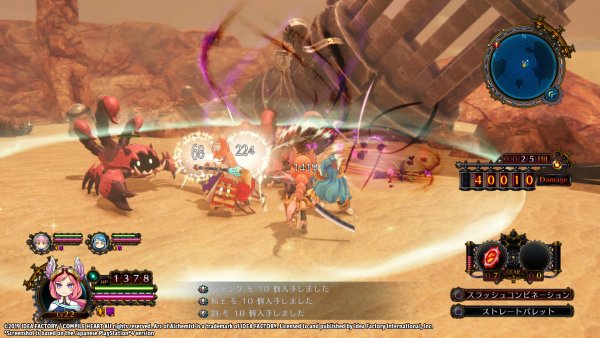 When the Brits couldn't get their towels on the beach quick enough, it all turned nasty.

You won’t be going along however, as you can hand pick a team to go on this adventure with you. And you will need back up, as the world is now full of deadly creatures and mechanical beasts, all of which are keen to see your demise.

Equipped with the Lunagear however, there’s a slim chance you and your team can succeed, and discover the four orbs to place in it, that could just save humanity.

With RPG’s ever popular, it must be difficult to bring something fresh to the genre. And we’re not sure that setting it in the desert does.

First of all, you have the rather dull colour palette; beige has never been, and never will be, a great look, and that extends to the world of video games. It wouldn’t be so bad if there was some respite, but besides some really poorly lit caves, the goddamn sand is everywhere. It’s not long in and you will no doubt be suffering from sand fatigue, but that’s not the only thing you’ll suffer from.

It’s taken a while for us to warm to the RPG genre as a whole, but in recent years, mostly down to the mechanics of the Pokémon series no doubt, it’s a genre we’ve developed more respect for. This title however, doesn’t feel appropriate for the RPG novice, as its learning curve is somewhat on the steep side. 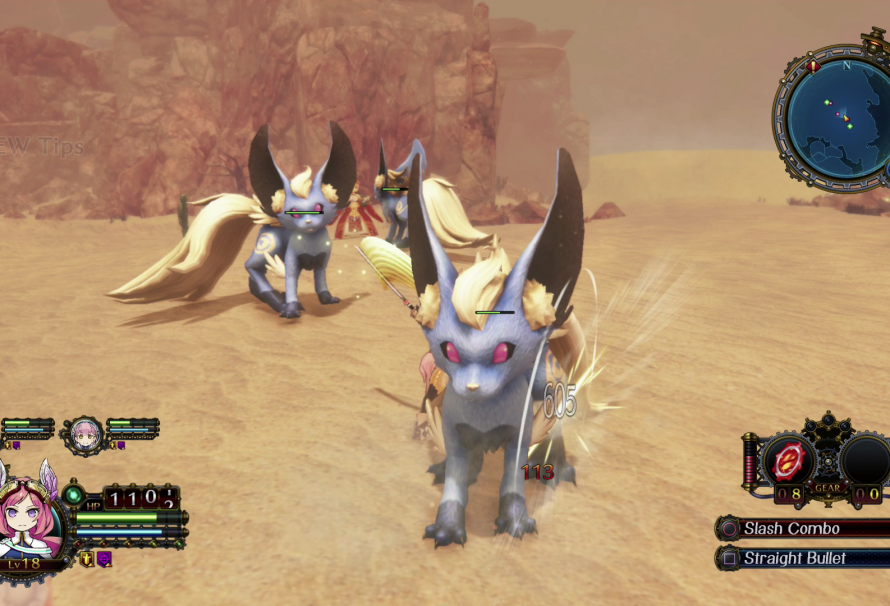 It’s tricky to convey what can be a fairly complex gaming mechanic, such as this one uses, but there are certainly better ways of doing it. This title floods you with pages and pages of instructions which can easily swamp the most competent RPG player. Remembering all the instructions is akin to cramming for a test, which is no fun at all.

It’s also not helped that you are confronted with some almost impossible enemies from the off. After you and your team defeat some low level baddies, up pops some heavyweights, with life levels in the hundreds, which were just impossible to overcome. You can, for the most part, ignore them, and carry on your merry way, but you will come to a point, as we did, where progression is blocked off until you take the big machine down. Which, we just could not do, at which point we kicked our flip-flops off and returned to a less sandy environ.

There are some nice elements however; the characters around you that you can choose to make up your team of three have a certain charm about them, helped by the fact that the language hasn’t been localised for release, with English dialogue to get you through. The music is quite bouncy too.

But the camel in the room is the desert. There’s just too much of it, making it a truly bland environ to traverse.

There’s every chance it may tickle the fancy of die-hard RPG players, but for the casual gamer, it’s just too unforgiving, and has a learning curve, like the oh so many sand banks featured, just a little on the steep side.