It’s easy to dismiss YouTube – particularly if you’re of an older generation - as merely a place to see videos of cats and dogs doing the funniest things, and humans doing the stupidest. But as a social media platform it is both hugely powerful and influential, with a staggering global audience reach.

Brazilian musician Joe Penna created a YouTube channel known as MysteryGuitarMan in 2006. As of earlier this year, he has over 2.7 million subscribers and his videos have been watched nearly 400 million times. That’s a lot of views.

So much so that they have led to this point, where he’s directing his first full length feature, starring Mads Mikkelson. That’s pretty good going for a ‘mere’ YouTuber. 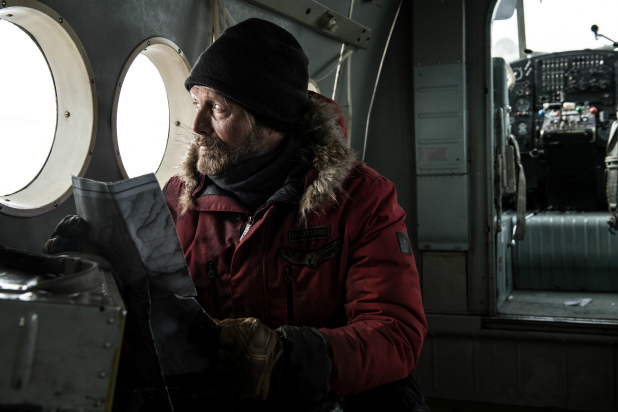 Oh, they're showing a film called Alive. Should be fun...

Somewhere in the vicinity of the vast Arctic Circle is Overgård (Mikkelson). He wasn’t planning as spending as much time there as he is, but that’s what you get when your small plane crashes into it. He’s all alone, with limited supplies and resources, waiting it out until he’s rescued.

He waits. And he waits. And he...well, you get the picture. But then finally, he spots a helicopter, and does his best to attract it. Unfortunately, his rescue doesn’t quite go to plan and due to bad weather, the helicopter crashes. There’s good news in that one of the crew survives, but the bad news is that she’s badly hurt from the crash, and barely conscious.

Now Overgård’s dilemma has doubled, as he’s now got another person to consider. He’s forced to make a decision – for them both – and soon: do they stay put and hope to be rescued where they are, or do they attempt to make a treacherous and dangerous journey to a distant station where they could possibly get the help they need? 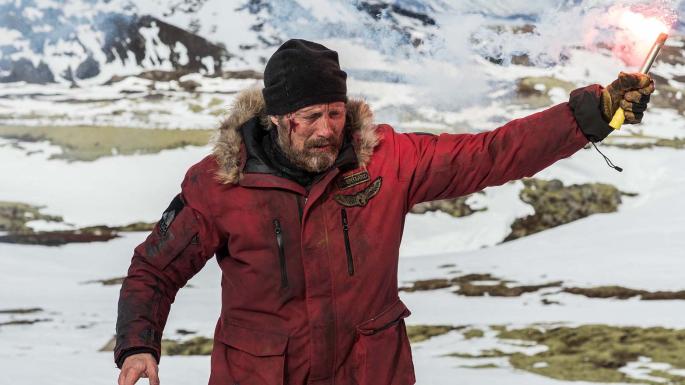 For his directorial debut Penna hasn’t made it easy on himself. As the film essentially has one speaking part, that of Mikkelson’s, you’ll get more dialogue in an Iceland advert for one of their Double Layer King Prawn Rings. And with a running time of over an hour and a half, that’s a lot of silence to fill.

At least Tom Hanks had a basketball on his desert island, and although Mikkelson has company, as she’s badly injured, she’s nowhere near as chatty as Wilson.

And then when you throw in the environ, which you can have in any colour as long as it’s white, what to fill your frame with is also a challenge.

Luckily for Penna, Mikkelson is a compelling watch; it’s fortunate for audiences that he has the kind of face that can get away without saying much, which is just as well here.

The cinematography is certainly pleasing, and with Mikkelson not saying much, you half expect the dulcet tones of David Attenborough to pipe up and give a voiceover on the peculiar mating rituals of penguins.

Its running time is a little on the long side, and with Penna admirably veering his script - what little of it there is - on the side of realism, you soon start to feel every slow, sluggish step forward in the snow.

Considering his YouTube background however, Penna has made a competent and assured step into ‘mainstream’ media, the only irony being of course, that it may not get seen by nearly as many viewers as he's used to.