Army of the Dead

Considering the amount of effort he put into his ‘cut’ of Justice League, coming in as it does with a superhuman four hour duration, it’s amazing Zack Snyder has had any time to work on anything else. But presumably if Netflix turn up with a bank or two of cash, much like the characters in his film, the allure of such a large prize is difficult to turn down.

So between sitting in the back room and thumbing through all his moolah, Snyder got behind the camera for his twisty take on the zombie flick with his Army of the Dead. 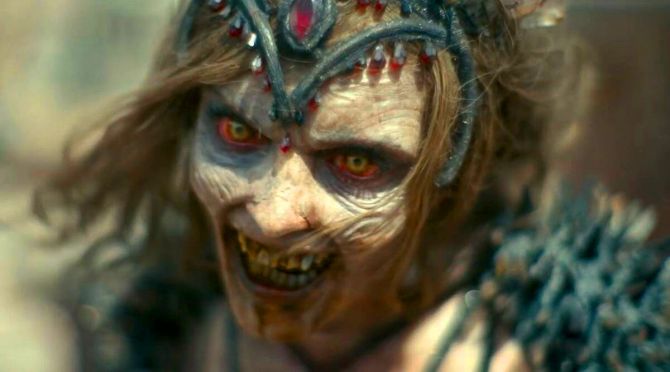 No it's true, I never moisturise...

Leaving a certain notorious US army base in the desert, a military convoy unit are carrying a top secret cargo, so secret in fact that they don’t even know what it is. After an unfortunate crash, just outside of Las Vegas, they get a better understanding of what it is they were transporting, when their a cargo – a zombie – not only escapes, but manages to kill them all.

This is only the very start of his carnage, as he then manages to turn the whole of Las Vegas into zombie central, which doesn’t make for an appealing tourist attraction so much.

With the government deciding to build a wall around it, probably due to having so much experience building them under a certain president’s term in office, Sin City is now cordoned off from the rest of civilisation.

A businessman sees this as an opportunity, as one of the hotels has £200 million in its basement vault. So he approaches former mercenary Scott Ward (Dave Bautista) to put together a crew to infiltrate the now walled off city, fend off the zombie masses, and retrieve the loot for a cool $50 million. Scott agrees, only to then learn that the government have now decided to completely destroy the city with a nuclear bomb in a matter of days, to wipe out the zombie population.

With a crew now hired, they head of for Vegas for a time they will definitely not forget, especially when they didn’t bet on some of its new residents having evolved into a far more intelligent and deadly form of zombie. 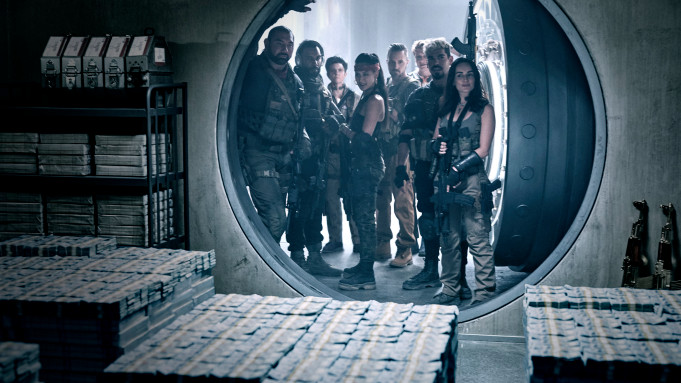 So this is where Snyder keeps all his Netflix cash.

You can certainly see the appeal of a zombie heist film, Zombie’s Eleven if you will, and you would have thought that if this premise fit snugly into any one director’s action wheelhouse, it would be Snyder’s. So it’s surprising that the result is so disappointingly tepid.

It kicks off so well too, with basically an origins story taking place during the opening credits presented in a highly entertaining, visceral fashion, so by the time they end, the audience is completely up to speed and what has happened.

From then on however, it all becomes rather generic. A team is recruited for a bank job, they get to the casino, take on some zombies, get to the vault, take on more zombies, with the finale seeing some of the original team surviving more than others. The End.

There are certainly some scenes where Snyder flexes his directing muscles, with some entertaining action sequences, but none of them are either spectacular or jaw-dropping, and when you consider the apocalyptic casino playground they have the run of, it feels neither the locale nor the story fulfil their potential.

In fact despite the speediness of the zombies, which has been done before, the film’s script is disappointingly pedestrian. Considering that Vegas is considered to be the entertainment capital of the world, this film strangely struggles to be just that, entertaining.

It’s all the more disappointing considering that Snyder was also his own cinematographer, so you would at least expect a visual feast, but just like a Vegas buffet, it initially looks fancy, but the more time you spend with it, the less impressive it starts to look.

Perhaps Justice League took more out of Snyder than he anticipated, or perhaps cynics might suggest that he did such a mediocre job that he could go back and address his original with the Snyder re-cut in a few years time to make the definitive version (10 hours long, eight of which will be shot with a wind-up, hand-held camera from the twenties in sepia tone, ovbs). For which Netflix will gladly foot the bill. Again.

This version however had so much potential to push both genres in an interesting and creative direction, and with Snyder’s vision, there was an opportunity to creative something, fresh, bold and different. But that opportunity was wasted, with the result being standard zombie fare with a heist job awkwardly bolted on.

Although not a complete disaster, Army of the Dead doesn’t offer audiences anything new, and when you take on board the creative talent that is Snyder, it just feels a big letdown. Like the saying goes, films set in Vegas (with zombies), should stay in Vegas.