The Art of Camping:

The history and practice of

sleeping under the stars

The timing of this new release on camping couldn't be better: for many of us the kind of spare cash required for a lavish foreign holiday is currently in short supply, fuelling a kind of holidaying-at-home renaissance (a.k.a. 'stay-cations') where camping is increasingly taking a starring role. This seemingly mundane recreational pursuit is anything but - at least in terms of its roots - as this very British history of camping ably argues. De Abaitua presents both a general and a personal history of sleeping under the stars, even throwing in some practical tips right at the end for those inspired to head into the great outdoors. 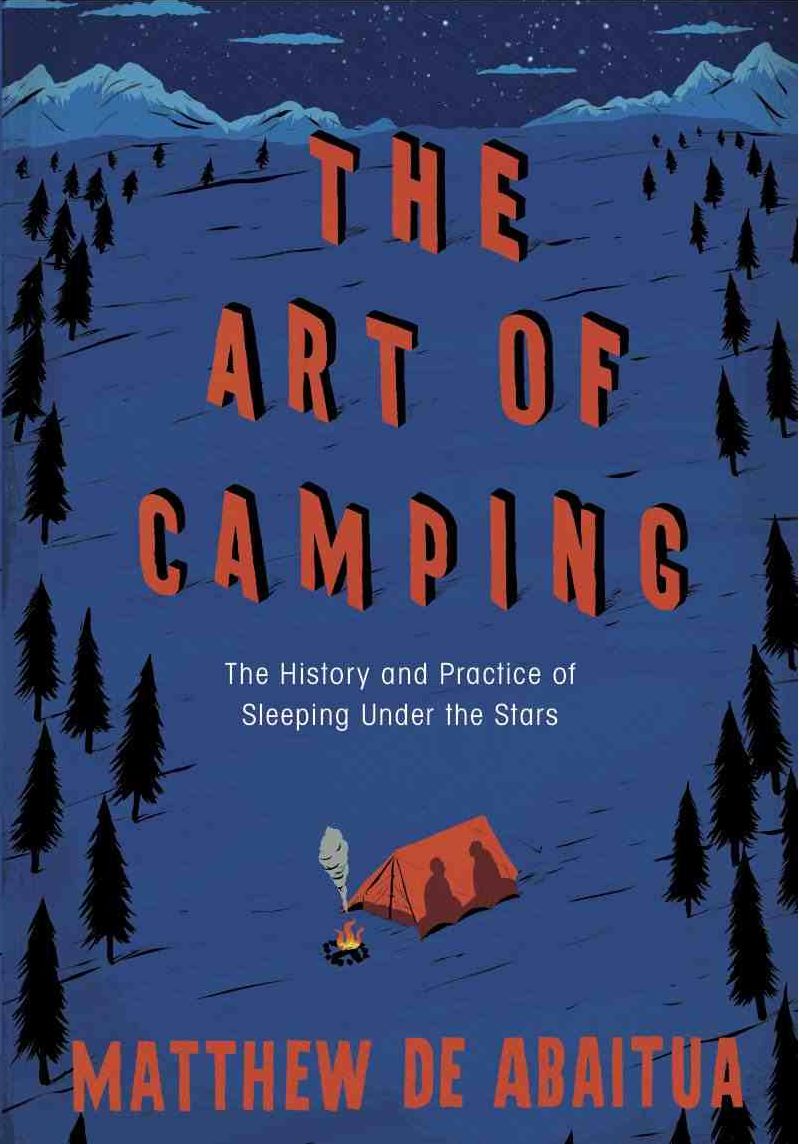 It certainly puts a different spin on modern-day camping trips. Suddenly the kinds of rules, layouts and even fellow campers encountered in most campsites seem, well, a bit mundane in contrast to the brilliantly eccentric and idiosyncratic modes of camping and kinds of camper of yesteryear. These days, two people camping are more likely to equip themselves with a fancy five person tent constructed from polyester and fibreglass than a hand-sewn adapted parachute silk and scrap of tarpaulin to protect them from the elements; you're more likely to encounter caravans expensively bedecked with full size cooking ranges than campers huddled round campfires, where evening entertainment is more likely to consist of gazing into the gogglebox than up at the constellations.

This isn't necessarily a sentimental look back at the halcyon days of camping, however. It's a very readable history of camping as a recreational activity that's chock full of interesting nuggets. Gems include Buckminster Fuller's creation of the perfect dome tent (you know, him of the geodesic domes and futurist philosophy); the discovery that the original driving force behind the scouting movement was militaristic indoctrination intended to produce a new generation ready to fight in war; the proto-hippies of the Order of Woodcraft Chivalry, who challenged societal norms in the 1920s and 30s; and the surprising media spectacle that was Thomas Edison, William Burroughs and Henry Ford's annual camping trips. It seems fair to say that what de Abaitua doesn't know about camping through the centuries very probably isn't worth knowing.

Chances are, if you're into reading about camping you might have encountered de Abaitua before: in the form of his occasional contributions on this to The Guardian; the website he has set up with his wife; or their Twitter account (follow @cathmathcamping). Camping isn't the only thing de Abaitua is about, however. Previously, he has penned a novel (The Red Men, currently being made into a film), edited cult magazine The Idler and the Film4 website, and has popped up as a talking head on some of those ubiquitous compilation programmes knocking about on the telly. He's an interesting fellow and this shines through in this book.

The organisation of all this fascinating material is one of the book's weakest points though. The book is divided into ten themed chapters covering packing and pitching, camp captains, campfires, camp activities, mystics, campsites, car camping, camping basics, tents and striking camp. However, it might have been better to focus on a particular time, or movement, or key figure for each chapter instead; as it is, the material sprawls in rather unwieldy fashion such that it can be quite tricky keeping track of who did what and when, where the same figures and movements sometimes recur in different chapters. The chapter themes seem a little bit arbitrary at times. Even though the content is fascinating, reading it can feel a bit too much like hard work.

Although it can be heavy going this is a book worth sticking with, even though it can leave you with the impression that your attempts to get away from it all are just a little bit pathetic. It'll certainly provide interesting matter to muse upon with fellow campers over the campfire on your next trip... if you manage to find yourself pitching up at one of those rare breed of campsites that allow you to make a campfire, that is.