Its not exactly a surprise to learn that Joe Cornish likes his films. If the name doesnt quite ring a bell, you may remember him as the Joe out of the Adam and Joe duo; they fronted a show on Channel 4 (now what was it called again?) where the pair parodied films and shows using stuffed animals and action figures.

Now Joe has cast Adam to one side like an Action Man with no head and both gripping hands ripped off, to direct his first feature. But can a film fan make a film worth watching?

Its Bonfire night and some troublesome youths are out to cause grief around their housing estate in South London. Their first victim is Sam (Jodie Whittaker), whose a tired nurse just making her way back home. Head of the gang Moses (John Boyega) thinks nothing of holding her at knife point to get her personal possessions.

Before continuing their night of crime theyre distracted by something coming out of the sky. They check out what it was and when they find it, they do what any civilised human being would do, kick the living hell out of it. Although the creature puts up a brief fight, they manage to kill it.

Victorious, they take their kill to Ron (Nick Frost), who not only grows large amount of weed in his flat, but is also a fan of nature shows, so theres a chance he knows what it is. He doesnt, but that doesnt worry them too much. What does is the fact that there appears to be more of these alien things falling from the sky, and they seem quite keen to have their very own kind of block party. 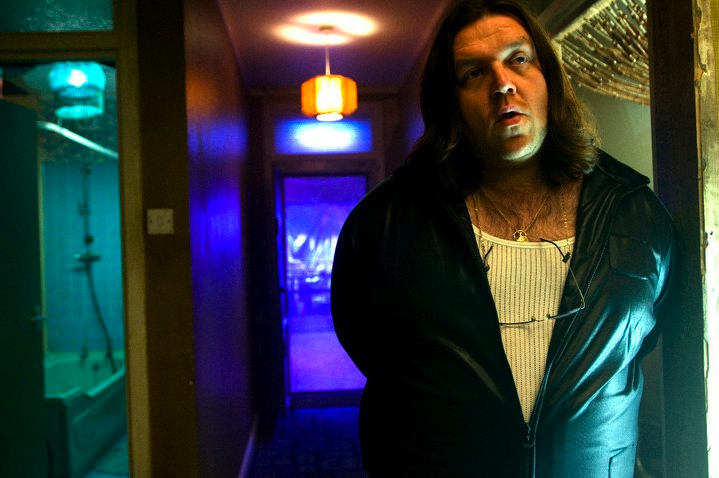 I don't want to be an arse about this but I was specifically promised zombies not hoodies.

Cornish not only directed this film, he also wrote it, and perhaps this is where the problem lies. Taking on too much responsibility on a film can take its toll, and it appears thats the case with this debut from Cornish. He may well be a fan of film but he doesnt know how to write an engaging one. He hasnt made it easy on himself, after all, how accurately can a middle classed, middle aged man depict how a teenage gang of South London reprobates talk and behave with one another? The script is littered with clichéd lingo of bruvs, Feds, merked etc. Its pseudo street talk is delivered by young teens who appear about as authentic as the merchandise fellow South Londoner Rodney Trotter used to peddle. Not only do they struggle on the acting front, but they also dont seem all that menacing; its as if you were being mugged by Britains Got Talents Diversity.

But even if you put their authenticity to one side, Cornish has created a bunch of truly unlikeable toe rags; so much so that its one of those rare occasions when you feel like rooting for the aliens from the off.

His idea of street cred music is completely off in the soundtrack department too. By using Tinie Tempahs Pass Out for instance, hes chosen a track that is so commercially overused and mainstream, he might as well have just used Adele. And although much of the incidental music used pays homage to that of John carpenters Escape from New York (as does the films premise as whole), its just not in the same league.

At one point Cornish even attempts a touch of social commentary inferring that these troubled teens are just misunderstood and suffer from broken family backgrounds. Tell that to the alien they kicked the shit out of.

The only positive is in the design of the aliens; although not the slightest bit original  theyre rip-off of the Space Invaders that appeared on the classic Taito coin-op arcade machine after all  they are the only things worth watching.

If youre twelve and wear your jeans just below your arse, theres a slim chance that youll love this film. For everyone else, just like the oiks represented in the film, this is well worth crossing the road to avoid.