It’s taken far longer than it should have, but mental health issues finally appear to be recognised as a real thing in the UK.

Acknowledging that it exists is one thing, having individuals accept that they could be suffering from it is quite another.

It’s not helped by the fact that there’s a split between the sexes, with men as a hole deemed to struggle far more with admitting they may have mental health problems, choosing instead to ignore the issue completely.

And although the UK could be deemed to be progressive in terms of mental health issues, the same can’t be said elsewhere in Europe. Take Iceland for instance; according to the World Health Organisation, the suicide rate for Icelandic males is 18.9 per 100,000 of the population – that’s twice the figure of the rate in the UK.

With his second feature, Icelandic director Hlynur Palmason has written a story of how one man’s grief quickly spirals into darker waters. 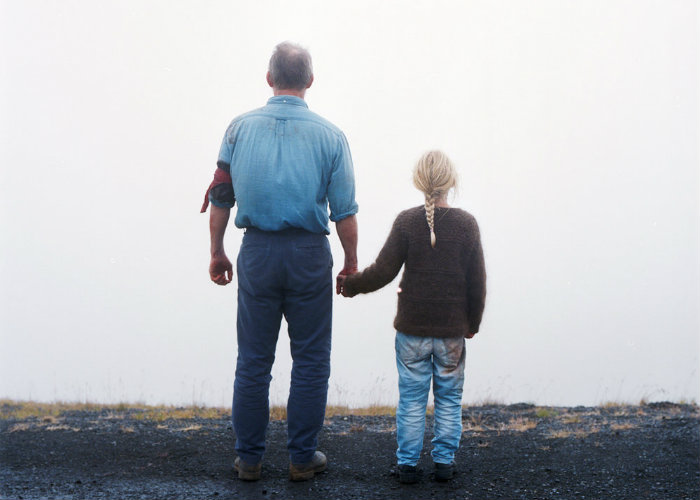 OK, so it's not exactly Disneyland, I'll give you that...

Working on some buildings on a plot of family land is Ingimundur (Ingvar Sigurdsson). He finds himself with plenty of time on his hands as he has taken a leave of absence from his position as a policeman, after his wife died in a tragic car accident.

His days are filled with doing DIY on the property, converting it into a home for his daughter and her family to live in. His favourite times are when he gets to look after his eight-year-old grand-daughter Salka (Ída Mekkin Hlynsdóttir). It’s when he’s alone that his mind ticks over though, as he thinks about his wife.

After getting a box of her things from his daughter, Ingimundur learns that his wife was actually having affair, and this new information slowly eats away at him, as his mind is quietly consumed with a gamut of negative emotions. 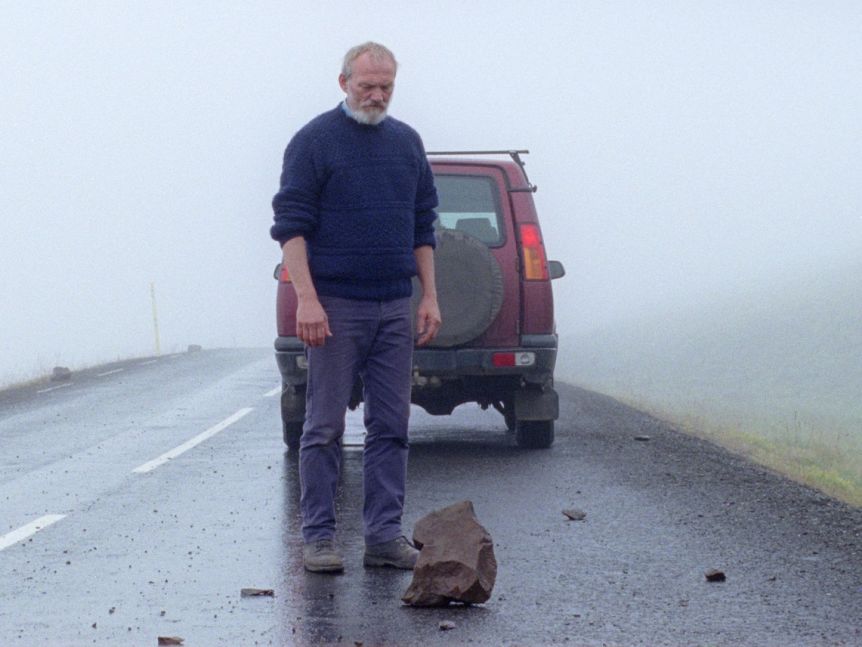 Well, at least it isn't a human head like last week.

Palmason’s film is the definition of a slow-burner; after introducing his protagonist, we see him progressing on building work for his family, as well as the love he has for his grand-daughter. Initially there appears nothing out of the ordinary, as he maintains an acceptable equilibrium in day-to-day life. There are signs however, that not everything is quite what it seems.

The first indication is that Ingimundur is taking time away from his police duties, which hints that he isn’t yet fit for work. A doctor figure is then introduced, enquiring as to his mental health, which you can tell Ingimundur just about tolerates.

The director slowly reveals that the cogs are most definitely turning, and that the thoughts that occupy his mind may not necessarily be healthy ones. And with anything that is tightly contained, the build up of pressure eventually has to surface, as it does here in the film’s striking finale.

Palmason has no qualms reflecting the stereotype reaction that many males have towards mental health, and nor should he. The fact is that the majority of men would still prefer to deny any issues with their mental health, as accepting it might somehow be seen as a weakness. Ingimundur is the poster man for this outdated attitude, and it could so be his undoing.

Sigurdsson plays him with just the right amount of quiet intensity; a human geyser that looks, initially at least, dormant, but is bubbling away close to the surface, ready to blow at any minute.

Although he’s getting medical help, he comes across as being disapproval of it, instead choosing to anchor his emotional state to looking after his grand-daughter. But what Palmason’s film beautifully illustrates is that regardless of someone’s appearance of strength of character, mental illness has the capacity to chip away at the most strong-willed amongst us.

Add to the fact that the film’s remote setting acts as a metaphor with its expansive isolation and chilly clime, and you have a remarkable, well crafted tale of one man’s battle with his demons.