In terms of learning your trade as an actor, you can do a lot worse than start in a soap opera. In fact it’s almost a rite of passage for new acting talent in Australia, with many of their biggest stars including Russell Crowe, Guy Pearce, Chris Hemsworth and Margot Robbie all getting soapy at the early stages of their careers.

This is a trend that continues with the two young leads in this new Australian drama, as both Eliza Scanlen and Toby Wallace leave their respective suburbs for something more substantial. 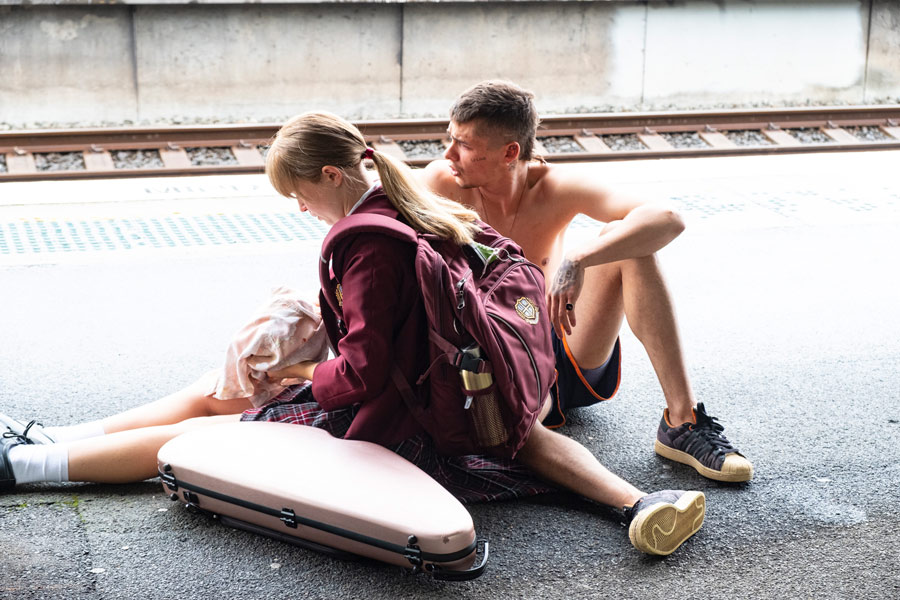 I know we've waited four days for a train to Ipswich but I swear one will be along in a minute...

On her way to school, 16-year-old Milla (Scanlen) has an incident on the train platform, when someone knocks her aside as they rush to the very edge of the platform. As he turns around, he reveals himself to having a wild demeanour about him. His name is Moses (Wallace), a 23-year-old who is about as free a spirit can be.

Milla is instantly smitten with him. She has quite a lot going on in her life currently, riddled with cancer as her young body is, and Moses is just the distraction she needs.

Her parents Anna (Essie Davis) and Henry (Ben Mendelsohn) are less enthused by this new acquaintance in her life, but struggle to put their foot down as they see the joy he brings to their ailing daughter.

The problem is, Moses isn’t necessarily as free as he lets on; he may well have been kicked out of the family home, but mostly due to him both drug taking and dealing. He is aware of Milla’s condition, but it doesn’t faze him, in fact he rather takes advantage of the situation as it brings on a further condition for Milla to deal with – heartache. 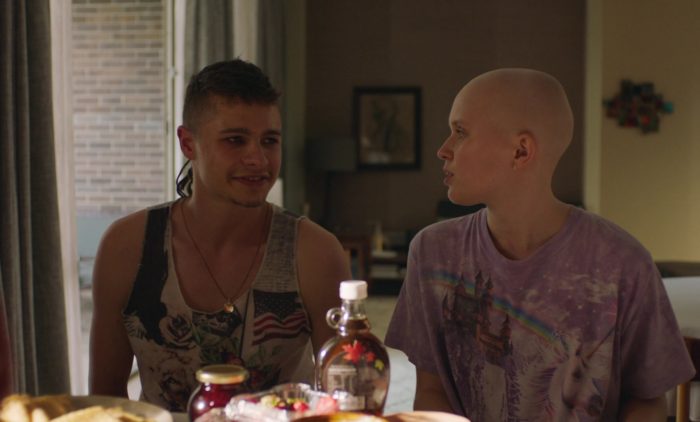 Next time I'm cutting my own hair.

So, here we have yet another film where the main protagonist has cancer. But director Shannon Murphy, who makes an impressive feature debut, hasn’t made a film about cancer. This is a film about a young woman finding love, who just so happens to have cancer. It may seem like a subtle difference, but the result is truly refreshing.

The film doesn’t bog itself down in syrupy sentimentality, with shot after shot of Milla in hospital, hooked up to a myriad of drips, looking really rather poorly. Perhaps one nod to the disease is her loss of hair, but Murphy uses this as a positive tool whereby Milla can wear various wigs throughout.

Also, it’s never mentioned what type of cancer she has. We know she takes chemo, which is the only indication we have that she does have it, as chemo is rarely taken for fun. It’s this vagueness that allows the story to indulge in a smidgeon of quirkiness, without being committed to scientific specifics.

If it’s not a about a girl with cancer, then what is it about? Well, it’s mostly a film about broken individuals; both her parents and Moses are broken in one way or another, and Milla is too, but the big difference with her is that it's only physically. It’s not so much how they interact with Milla, but with each other, as they comes to terms with what each of them are going through.

Scanlen, who recently made an impressive splash in the US mini-series Sharp Objects opposite Amy Adams, continues her good work here. She could quite easily have turned her performance all the way up to eleven, as if having cancer would free her character to do so, but Scanlen is smarter than that. She infuses her craving for love with a pure vulnerability, which makes her nothing short of captivating.

She’s also very brave in doing so, and unselfish, as it allows her young co-star Wallace to really shine. His performance is stunning, as Scanlen allows him to steal the limelight, just as her character does, therefore allowing the audience to understand just exactly why she falls in love with him, as the audience are wooed by him too. So expect another Aussie Hollywood bound sometime very soon.

Thankfully the adults get a good look in too, with solid and respectable turns by both Davis and Mendelsohn - and as it happens, Mendelsohn is also an Aussie soap alumnus.

It’s one of those slow-burners that quietly reels you in, and regardless of how resistant to the idea you may be, there will be tears. Not because it resorts to being a generic cancer drama - which it doesn't, in any shape or form - but because it taps into an honest humanity, creating characters that you really care about.