Here’s a quick pop quiz for you: which country is the fifth largest by area, and the sixth most populated? Of course all you eggheads know that the answer is Brazil.

Eating in to a small chunk of that space is this Brazilian film, featuring as it does the fictional town of Bacurau in the outback region of Sertão, which just so happens to be the perfect locale for this post-modern western. 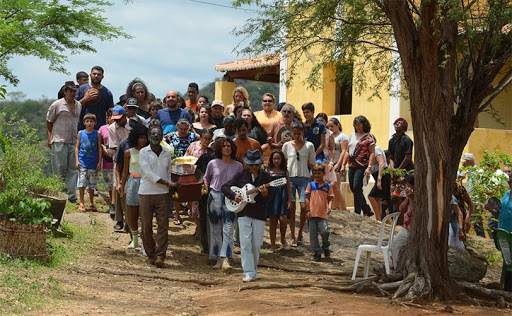 Sure I take requests, but please, nothing by that bloody Adele.

Due to the death of her grandmother, Teresa (Bárbara Colen) finds herself returning to her isolated home town of Bacurau for her funeral.

As her grandmother was well-respected and much loved by the small community, the whole town comes out to mourn.

Soon after, the town finds that it’s visited by two bikers, wearing garish outfits, who stop for a drink as they are touring the region and just passing through.

The town are more than a little suspicious of them however, and they have every right to be; they work for a German called Michael (Udo Kier), who has a small group of armed civilians, who are keen to make a long-lasting impression on Bacurau and all its inhabitants. 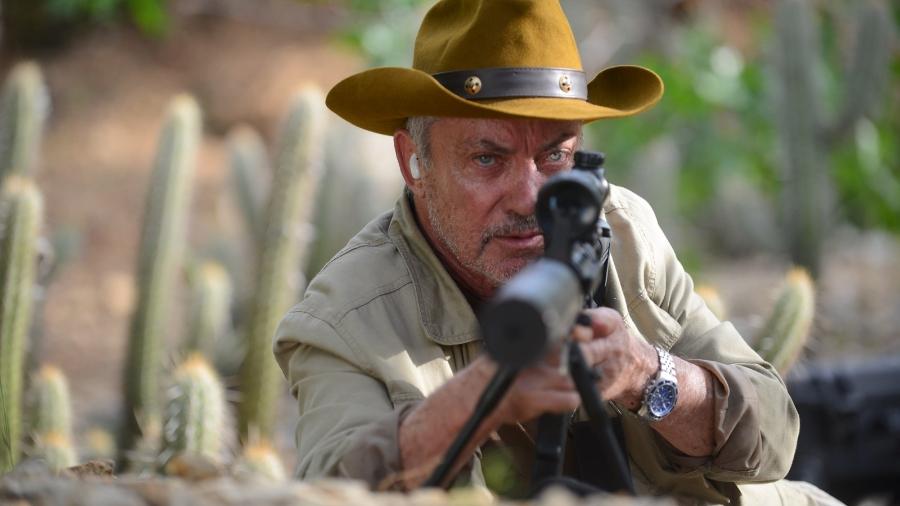 One more tin can and that giant teddy bear is mine!!!

Writers and directors Juliano Dornelles and Kleber Mendonça are clearly fans of the western with their modern homage to it. Bacurau is almost a retelling of The Magnificent Seven, with a small rural town under siege by baddies, with the difference being there are no magnificent seven to save them.

Not satisfied with a pure western homage, the pair have peppered their film with elements of John Carpenter; generally with his fondness for electro keyboard soundtracks, and specifically with its nod to his 1976 classic Assault on Precinct 13.

The result is an absorbing tale that delivers a curious take on a town under siege.

Where its weakest is in how long it takes to get to the crux of the story. The pace rarely picks up, even during its most frantic scenes, which only makes the plodding first half that little more of an endurance.

Its strength however comes not only in the eventual conflict, but in the way this adversity brings the community together. Little is offered by way of an explanation, but what there is (that it takes place in the near future), is satisfactory. Like most westerns, we don’t need to know the back story of the baddies to know that they’re rotten to the core.

Bacurau is a curious western hybrid, and although its story isn’t necessarily the quickest on the draw, meaning it falls a little short of being magnificent, it’s a decent shot at offering up something different.