So, a certain witch is back, around a fair amount of controversy as it happens, that caused ripples through social media timelines, but more of that later.

This is a franchise that has never really done anything for us, so there was no level of excitement surrounding the release of its third iteration. But hey, not every game is everyone.

And as much as we’d love to say that we went into this game with an open mind, sometimes you just have to admit there’s baggage. And we have a lot regarding this game. 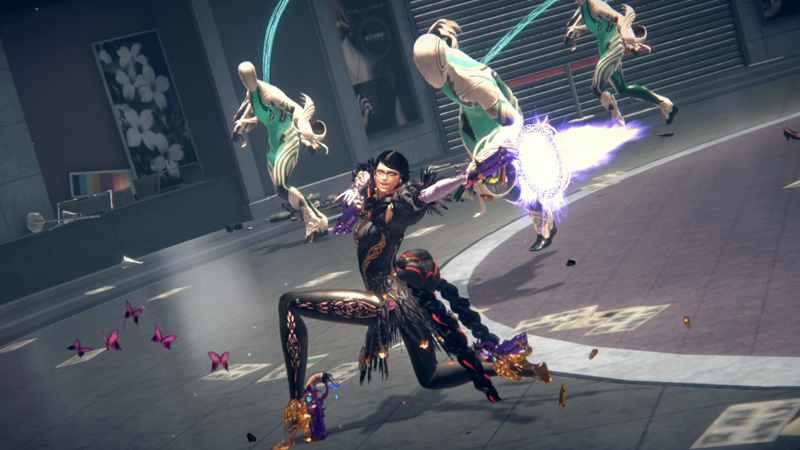 This is just my warm up for Strictly!

Normally here we would describe what the game is about, but it’s not worth the bother, quite frankly, it’s just a type of nonsense that makes absolutely no sense, with a narrative that feels like it could have been dish up by a demented five-year-old. Creative sure, but far too self indulgent for our tastes.

All you need to know is you play the titular character, and you have to fight a variety of enemies, and that will see you straight.

How you go about playing through it is where our issues started. Perhaps it’s the lack of a proper tutorial – and no, a button mashing tutorial during a load screen does not count – that we found disappointing. Whatever we did we just couldn’t get a hang of the combat in anyway. We found the weapons underwhelming and completely ineffective against most foes. We then upgrade to a bigger gun, which was worryingly unwieldy, and was just cumbersome to use. And this jut made us frustrated. 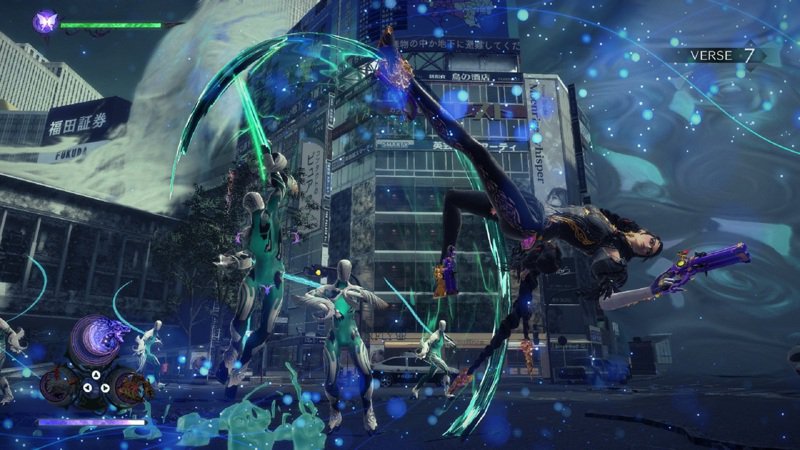 I can see my house from here.

Thankfully there are demons you can call up, who were helpful. So much so that we ended up relying on them for nearly all combat, to the point that when we had to wait for the meter to recharge to use it, we would just fly around and avoid any combat until it was full and we could use them again. Which for a game that involves a lot of fighting, isn’t ideal.

We we’re only a couple of levels into it before we had to concede that this just isn’t a game for us. It doesn’t mean it won’t be for you, however.

But it’s fair to say, that it’s probably not a title for the casual gamer. And although as far as the story is concerned, playing the two previous entries in the franchise is by no means essential, if you’re familiar with the overall game play and mechanics, which would certainly be a big help.

There’s a rhythm to the game that isn’t too appealing, where you’re corralled within a set space into an area where you fight some enemies. And repeat. With the only interruption being some bonkers cut scenes, that not only make little sense, are on the self indulgent side, with the developers coming across as trying too hard to be creative wonders, with a wacky vision for storytelling, which they may well have, it’s just not terribly cohesive.

Ironically enough, the recent hoo-hah with the voice talent who played the titular character for the first two games, but didn’t return for this third, having a fair old rant on social media at the injustice of it all and asking fans to boycott buying the game, appears to have had the exact opposite effect, with sales for this entry doing really rather well.

And there’s certainly a place for it, offering some impressively large enemies, and a fighting style that some will find more than agreeable, just not us.

Our final word on it would be try before you buy, if you can, then that way you’ll be able to work out if Bayonetta 3 is for you.