After honing his craft on TV, in the second season of Homeland, Chalamet made positive waves in his breakout role on the big screen, opposite Armie Hammer in 2017’s acclaimed Call Me by Your name.

Here he proves once again that he’s one of the most watchable actors of his generation, as he tackles a teen struggling with addiction. 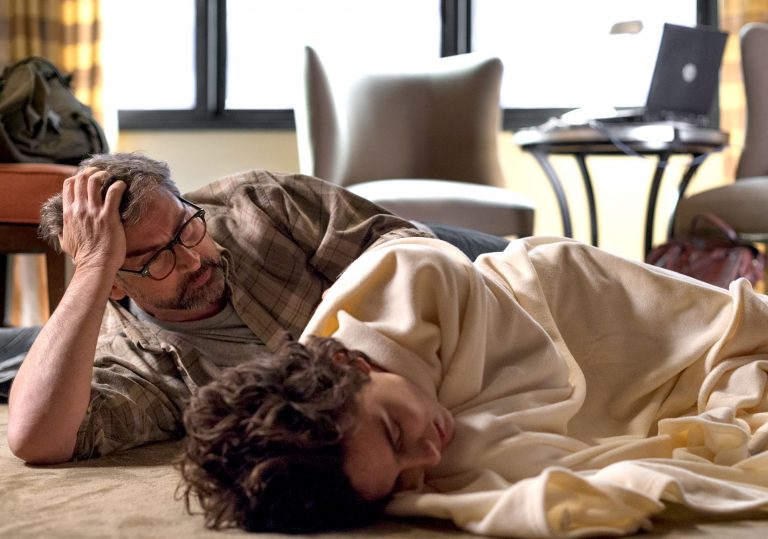 Looks like he's used up all his gravity for the day.

David Sheff (Steve Carell) is a freelance writer, with two young children from his current wife Karen (Maura Tierney), and one teen Nic (Chalamet) from his first marriage. They all get along remarkable well, until they start to notice changes in Nic.

Nic, who has always been curious about drugs, suddenly discovers crystal meth. Whereas he dabbled in recreational drugs before, meth completely consumes him, and he soon finds himself addicted.

David does all the right things, as far as he can tell, in supporting his son through his addiction, but it never quite seems enough to get him clean. Where once was a close bond between father and son is now put under considerable strain, as Nic’s addiction appears to affect not only his life, but those who love him the most. 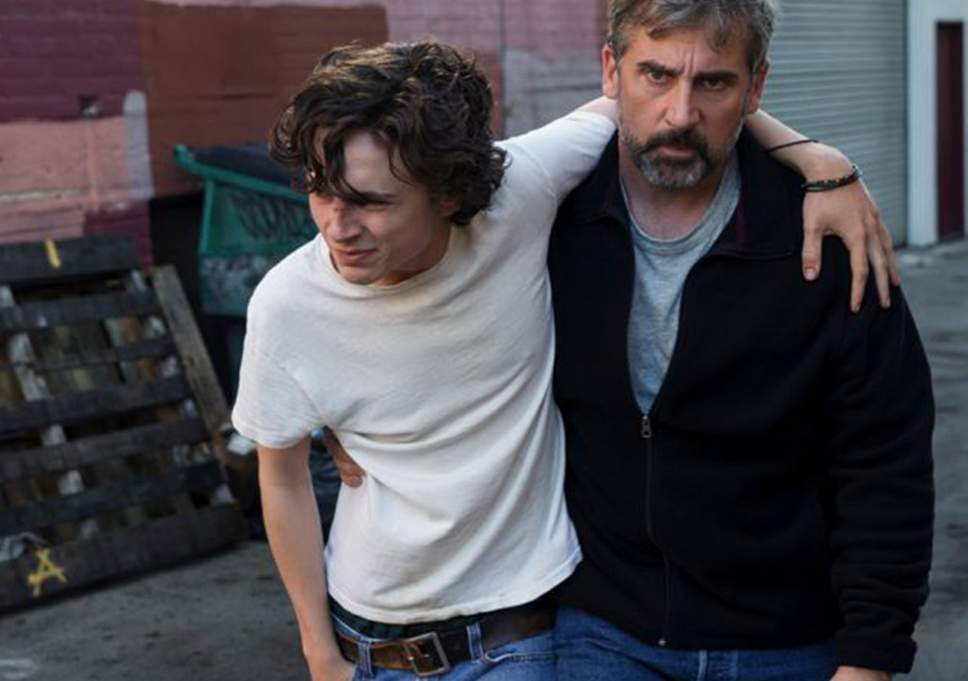 Jeesh, those awards crowds can be brutal.

Based on not one but two bestselling books - Beautiful Boy: A Father’s Journey Through his Son’s Addiction by David Sheff, and Tweak: Growing Up on Methamphetamines, by his son Nic Sheff – this is a film that attempts to examine how drugs can tear a family apart. And therein lines its problem – it doesn’t.

Belgium director Felix van Groeningen, with his first flick in English, delivers a film about drug addiction with very few highs and lows. It’s consistently paced, with Nic going off and then coming back again with regular occurrence, without ever portraying the true devastation that addiction can cause on a family. The closest it gets is a scene where a flower pot gets broken, and another when eight bucks disappears. Not exactly emotionally wrenching.

It is a film that steps over the darkness that often associated with addiction, and presents a number of greys. And for a two hour film, that’s a whole lot of grey.

Adding a little necessary colour to the palette are the performances of both Chalemet and Carell, delivered with warmth, anchored in a genuine sense of realism. But their efforts do feel at a loss, in what feels like, overall, nothing more than a made-for-TV drama effort; it hints at heartache, but never shows the real pain.

Still, Chalamet certainly does enough to keep the trajectory of his career in the right direction.