It’s amazing how far a dick joke will take you; for comedian Jimmy Carr, it’s taken him to the top of his profession, in a career that has spanned 20 years, now making him one of the elder statesman of the UK comedy world. But how did he do it?

Although described as his first autobiography, it’s a little bit more than that, but also a little bit less; Carr certainly gives a flavour of his rise to the top, but he also focuses on some sage advice, selling the book as a genuine self-help book. 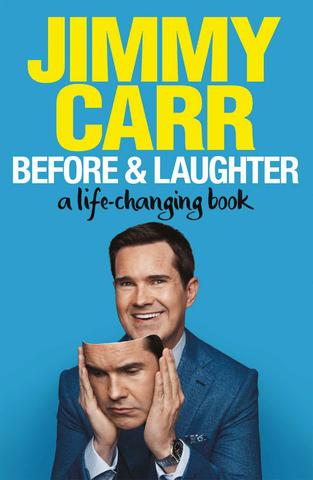 It raises an interesting point – who is exactly qualified to release a self-help book? Having never had need of one, it’s difficult to say, but taking life advice from a comedian would almost feel counterintuitive. It would be like going to a butcher for sex advice; it doesn’t matter how well-meaning they were, it’s probably not their forte, although there’s plenty of room for innuendo involving sausages.

It doesn’t help that Carr seems to take the self-help bits really rather seriously, using a fair bit of meaningless jargon, like “edge” and “lean” far too often. It’s the kind of empty phrasing you would expect from a real self-help book, where the upshot is ‘be the best version of you that you can be’. No shit.

The book is at its best when in autobiography mode; he describes his journey into comedy from a corporate background, his close relationship with his mother, as well as his much publicised run in with HMRC over some creative accounting. It’s there, but it just doesn’t feel enough of it. Carr has lead a fascinating life, that has taken him all around the world, and has lead him to meet some incredible people, but this book feels like he’s just skimming over the facts. Maybe he’s saving the more juicy bits for another book, which we wouldn’t put past him.

As an autobiography then, it feels like a taster more than anything. And as a self-help book, well, if you’re having to turn to a comedian for help and advice, the truth is, you’re probably in more trouble than you realise.