If you’re in the mood for a feel good film, you should probably skip the work of Ingmar Bergman. The Swedish auteur wasn’t exactly known for having a light touch when it came to his work, instead choosing to examine darker, emotional themes.

Hopefully he could have seen the funny side of having one of his most famous scenes, which finds Max Von Sydow playing chess with death, parodied in 1991’s Bill & Ted’s Bogus Journey.

If not, he’d probably prefer this more sobering homage to his work, which features a couple visiting where he used to live. 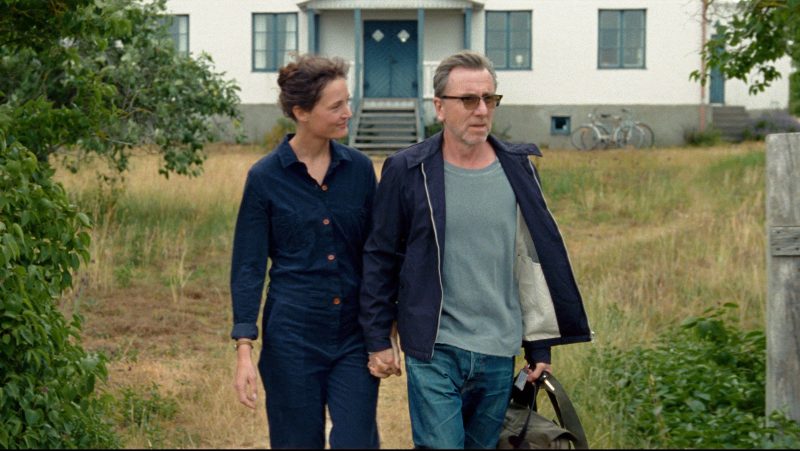 I still can't get over the fact that I'm hanging with Mr Orange.

After a taxing journey that included travelling by plane, car and ferry, Chris (Vicky Krieps) and Tony (Tim Roth) finally arrive on Fårö Island, affectionately known as Bergman Island, due to the fact the celebrated Swedish director lived and worked there.

It’s the perfect place for these two fans of Bergman, who also happen to be film-makers, there to complete a residency. Both have projects on the go, and both are seeking inspiration from living in the great man’s home.

But it’s not long before the couple find themselves apart, with their own storylines taking a turn or two. 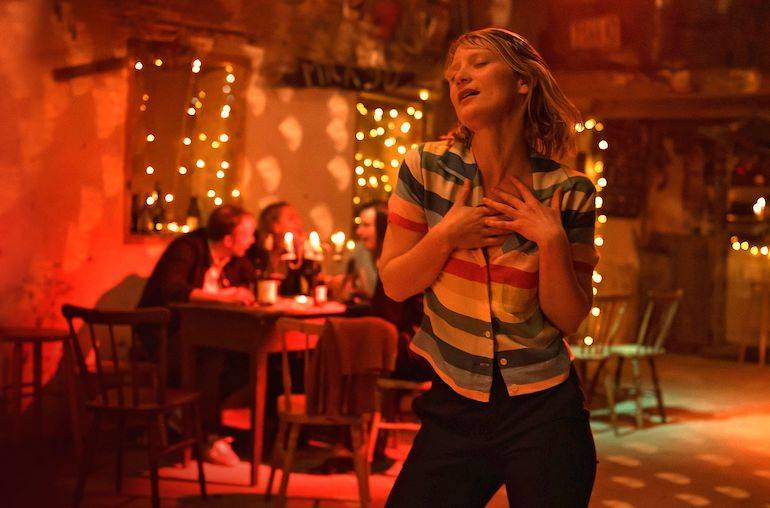 They say dance as if no-one is watching...

French director Mia Hansen Løve’s latest certainly offers an interesting insight into Bergman’s life, who had nine children with six different women, but that unfortunately is where the interest ends.

The first half of the film follows Chris and Tony for what feels like an eternity. Their relationship is borderline dreary, as they go about exploring the island. It’s almost the definition of tedium it’s that dull.

It picks up when the story within a story is revealed, when Chris finally explains what she’s written so far to Tony. It’s here that Amy (Mia Wasikowska) is introduced; a young filmmaker who finds herself on Fårö island – ring any bells? – in search of love.

Although the notion of a Russian Doll theme is an interesting one, even the inner story comes across as underwhelming, with both Amy and her love interest Joseph (Anders Danielsen Lie) being all too limp.

It’s ironic how a film that uses Bergman, a man notorious for making films with heightened emotions at the core of many of them, can barely have a pulse of its own.

There’s one scene, that admittedly is curiously jarring, but it’s simply too little too late to make any kind of impact.

The director’s scenes featuring characters playing a drinking board game may have echoes of The Seventh Seal, but it’s no Bill & Ted, making the film a wholly lacklustre experience.