There’s nothing like a couple having a row in public to bring out the voyeur in someone. In some part there’s a fascination for what’s happened in their relationship to reach this point of dirty laundry being aired so publicly, coupled with a sense of relief that it isn’t you.

Lawrence Michael Levine’s film places the audience firmly in the voyeur seat, forcing us to squirm at the sight of a relationship shatter into pieces before our very eyes. 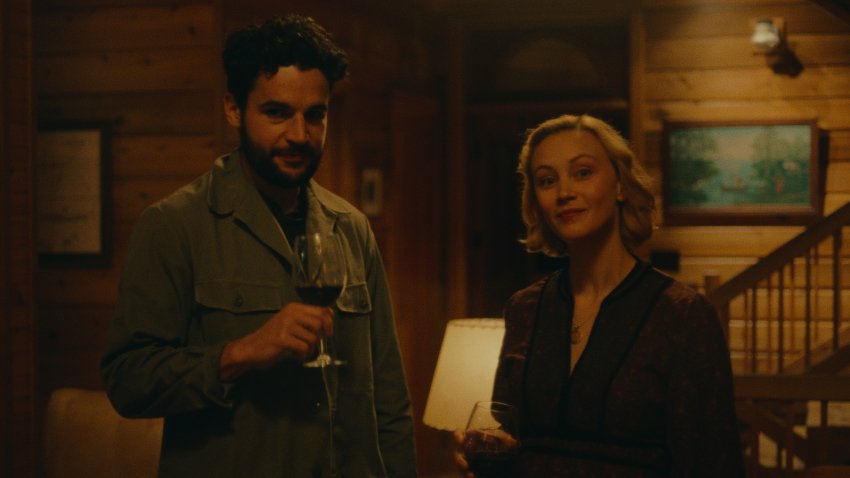 Well it looks like our new neighbour is settling in. My my, we can even see them showering...

In an attempt to rediscover her creativity, actress-turned-filmmaker Allison (Aubrey Plaza) has decided to stay at a remote country cabin, run by young couple Gabe (Christopher Abbott) and Blair (Sarah Gadon).

Both Gabe and Blair appear pleased to have her company, but things start to get a little awkward when the couple start to bicker in front of Allison, who, instead of being embarrassed, almost seems to be enjoying the discomfort of the scene.

As things start to disintegrate further, it becomes seemingly apparent that all three characters are actually part of a film production, which is made slightly more confusing by the fact that events in real life are echoing those the film crew are shooting. But where is the line to distinguish between real life imitating the art it’s creating? 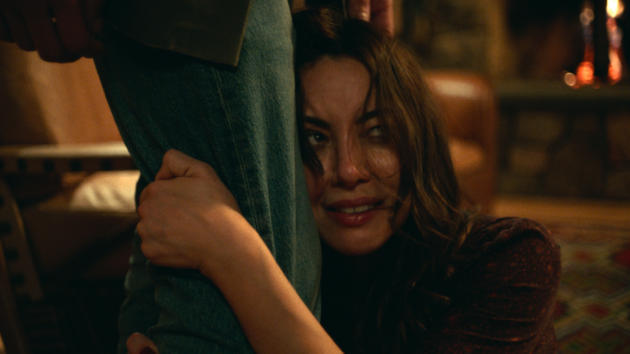 Just don't let him in, please, i've told him, we dont' need our windows cleaning!

The first part of Levine’s film is a delicious examination of a relationship on the verge of extinction. The dialogue is snappy, with the aired filled with awkwardness as character’s attempt to be seen in a good light, despite the deliberate attempt of someone else to dim that view. And with only three characters involved, it makes for some intense and fascinating scenes.

The second part however, sadly undoes all the first’s good work. Still set in the same remote locale, but this time overrun with a film crew, as well as the main protagonists from the first part. It’s approach is all too Meta with its film within a film within a film setup, and although creatively interesting, the premise soon becomes a little on the tedious side with the second half being just a little too aware and smug with itself.

The film – the one you’re watching that is, if you’re keeping up – is at its best when it’s at its most intimate, with just the three characters in the cabin. There’s an intensity there, mixed with the thick air of sexual tension, as each character is almost seeking to knock off points from their opponent, in a game of one-upmanship. It’s in this vulnerable state, with seemingly so much to lose, that the film is almost hypnotic.

And although the second part’s film-within-a-film scenario is cute, it’s self-indulgent as well as a little sluggish, with the characters involved not nearly as engaging as they are initially.

There are some strong performances though, particularly from the main trio of Plaza, Abbot and Gadon, who play off each other with remarkable zeal. But in the film’s pursuit to shroud proceedings in cinematic mystery, it loses its emotional impetus it was so successful in building from the off, that ultimately proves to be far more rewarding and appealing than the ‘making of’ shenanigans taking place in its wake.