Having spent years as a varied character actor, it was remarkable to see Liam Neeson have a renaissance so late on in his career, which came by way of the success of the 2008 action thriller Taken.

This saw him replicate his particular set of skills in a number of films, which saw him re-invent himself as an action hero at the spritely age of 56.

Now at the age of 70, Neeson is still managing to flex his action muscle, just, as this latest feature shows. 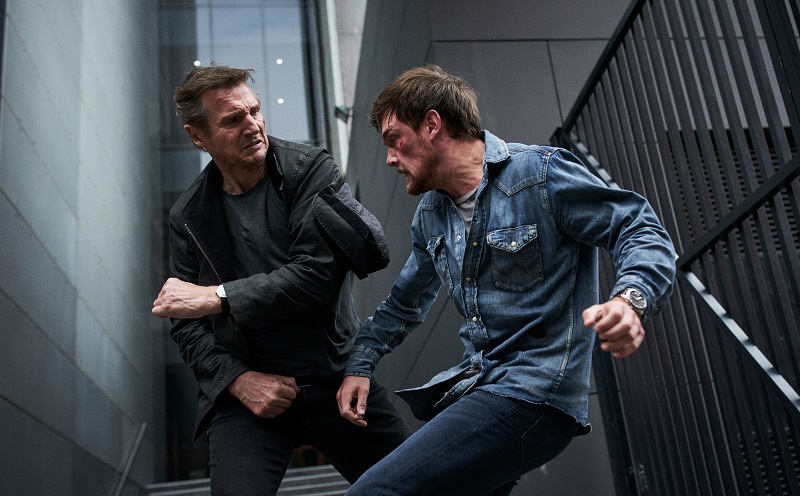 I'm sorry, you thought who was the worst jedi ever?!

Having served together in Vietnam, Travis Block (Neeson) finds himself being hired by his old friend Gabriel (Aidan Quinn) who has done well for himself, by going on to become the head of the FBI. He doesn’t hire Block as an agent however, keeping his activities for him strictly off the books.

It’s an arrangement that has served both men well over the years, but when an FBI agent goes rogue, attempting to contact reporter Mira (Emmy Raver-Lampman) regarding some less than legal actions by the agency, the alarm bells start ringing for Block.

He attempts to contact the FBI agent on the run, but it appears that he’s not the only one keen to be in his company, and Block soon finds himself deeply involved in something truly murky, that not only puts himself in danger, but also his family. 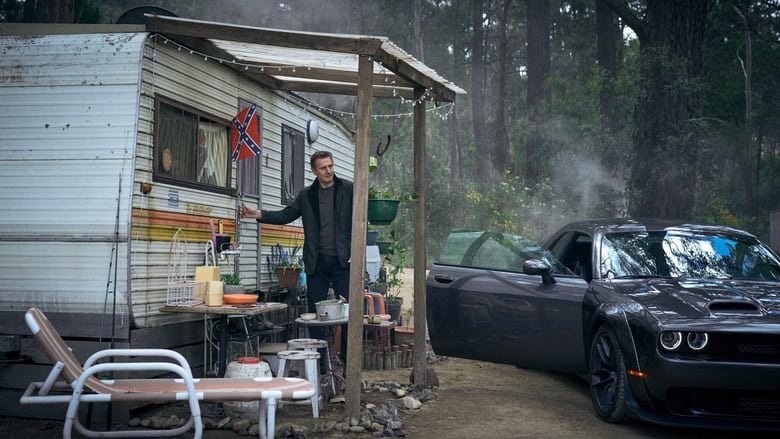 Is this really the best catering this sad production can pull off?

There comes a time when an actor who is seriously typecast needs to say enough is enough. For Neeson, that was probably several films ago. He’s done an entire collection of these action flicks, which have diminished in quality over the years since his impressive turn in Taken. So much that this comes across more of a parody than a serious action film. The perfect example is a scene near the end that resembles an embarrassing version of Home Alone with guns, as well as a finale that is so ridiculous, it feels like it comes from the pages of a Scooby-Doo ending, with everything wrapped up in a nice bow.

That’s not to say that Neeson isn’t still an imposing figure on screen, he is, but his choice of projects, and the teams behind them, are becoming more dubious. The film’s director and co-writer Mark Williams, who Neeson worked with on 2020’s pedestrian Honest Thief - so he really should have known better – has delivered a terrible film. The script is as clunky as it gets, with some awful dialogue throughout. He also uses a visual technique that must have made him feel like Coppola at the time with such innovation, but it just comes across as an annoying cinematic tick.

And then there’s the action scenes, with Neeson clearly doing as little as possible, looking as authentic as a staged wrestling match, and being less entertaining.

Williams also struggles with his own narrative, relying too heavily on Block’s family situation, with far too many scenes of him either being scolded by his daughter, or having conversations with his grand-daughter. Make up your mind, do you want an action film, or a dull Hallmark family drama?

The music is lacking too, being far too bold and expressive for the material, as if it was composed for another film completely, but was just added on anyway.

One of the film’s biggest issues however, is the fact that a really cute dog featured in it was given the bogus name of Little Man which has to be a crime against cinema of sorts. Clearly whoever though it was a good name to give such a cute pup, has never been a dog owner. A cat owner? That we can believe.

One of the most disturbing factors however, is that Neeson appears to not be slowing down on the action front, with upcoming films of his with worrying titles such as Retribution, In the Land of Saints and Sinners, Cold Storage, and our personal favourite, Thug.

With what would have been considered straight-to-video fare, his recent output isn’t doing him any favours except with his bank balance. Surely he’s reached a point in his career, where possibly, he could have yet another renaissance, and see him return to what he does best – act, and not play this parody of an earlier version of his action ego, time and time again.

Yes he did have a particular set of skills, but Neeson is so much more than that, and perhaps a return to his old skill set may be in order now. Certainly if this lacklustre, poor excuse for an action film is anything to go by.