Blade of the Immortal

It's an age-long discussion that inevitably crops up on a day to day basis - who are cooler, ninjas or samurai? Obviously it's a trick question, as the answer is clearly samurai.

Ninjas are all about the sneaky sneaky, with their tiny ninja stars, throwing them from the shadows so they don't get seen. Pathetic. Samurai however, are more than happy to walk into the centre of a town, in broad daylight, and just ooze a look that says "come on then, 'ave it" to all comers.

The perfect illustration of this attitude can be seen in this latest film from director Takashi Miike. 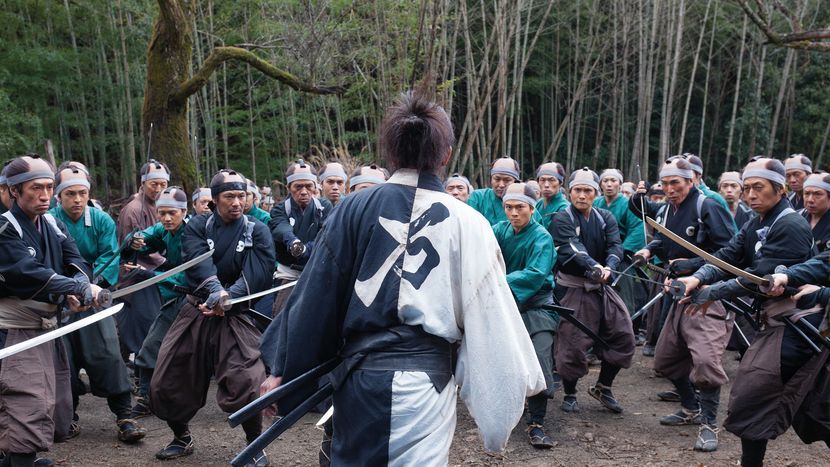 A samurai has only one weakness, and that is guilt. After a personal tragedy, Manji (Takuya Kimura) is about to throw in the towel after an epic battle. However Yaobikuni (Yȏkpo Yamamoto)- an 800 year old nun - thinks differently. She treats Manji's wounds with bloodworms from a holy lama, which once in his system, miraculously cure him of his many ailments. Not only that, they turn him immortal.

Fifty years on and a young whippersnapper by the name of Anotsu (Sȏta Fukushi), is wiping out all the dojos in Edo, as head of the Itto-Ryu. They aren't impressed with the styles of fighting taught in these dojos, so have decided to get rid of them all. This includes the father of the young Rin Asano (Hana Sugisaki).

So distraught by the death of her father, Rin has one thing on her mind - revenge. She hears that there's a man with unique skills that she should seek out, as he can't be killed. When she finds Manji, she hires him to be her bodyguard, with the main intention of hunting down Anotsu and ending him. but as they soon discover, there are many deadly obstacles in front of them. 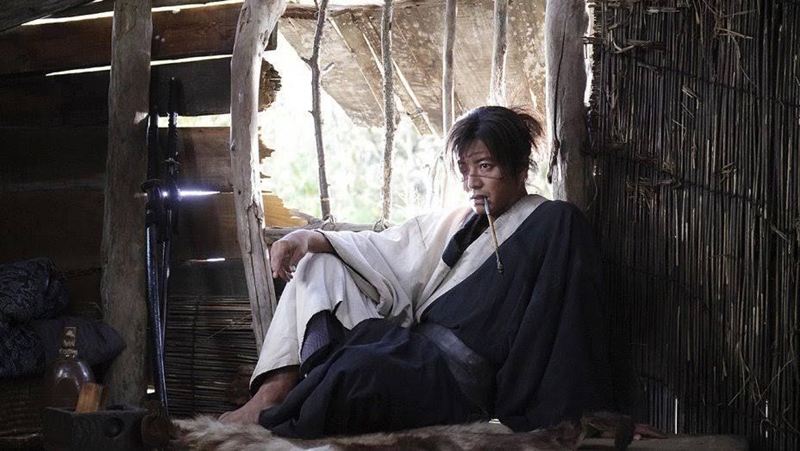 I keep telling everyone that i'm a lover not a fighter...

Much like Miike's 2001 Ichi the Killer, Blade of the Immortal is based on a Manga comic. It also has a far more traditional feel to it, unlike some of his more recent films, like the utterly bonkers Yakuza Apocalypse. So much so that it isn't a million miles away in style and content to Kurosawa's classic Seven Samurai.

The crux of the film relies on the relationship between Rin and Manji. Unfortunately Miike doesn't make the most if it, and it ends up being stale and predictable. And there's an air of predictability that that wafts in and out of the entire film, which is a disappointing factor.

Keeping the film's head above water, just, are the many splendid fight scenes. Hundreds of sharp, pointy things are waved about, thrust here and there, in a number of breathless fight scenes. It slices and dices, making it the NutriBullet of the film world. If nothing else, they prove without doubt, that the samurai rule.

If Miike concentrated a little more on his storytelling and the development of some of his characters, Blade of the Immortal could have easily have double swished its way to the top of the samurai pile. Lacking that sharpness however, it just falls short from being a cut above the rest.