When Deckard’s story came to an end in Blade Runner, released in 1982, there was no sense that a sequel was necessary at all. Thirty six years on in the future, with the release of director Denis Villeneuve’s follow up, that sentiment remains.

Even though it’s thirty years on since Deckard (Harrison Ford) was hunting down replicants, Blade Runners are still in existence. But thanks to advances in technology, they no longer need to be human.

K (Ryan Gosling) is one such replicant Blade Runner, who’s been tasked with hunting down the Nexus 8 models and ‘retiring’ them. On one such mission, he finds himself on a farm, where, buried in a box, he discovers a female skeleton. 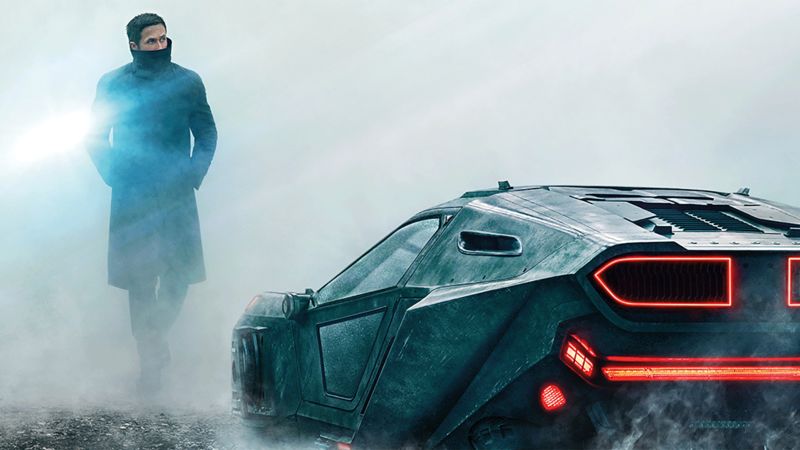 Now that these things run on dead cats now, it doesn't seem to be helping the environment.

After further investigation, they learn that the woman, a replicant, died whilst giving birth. Considering that this was previously thought to be impossible, this news comes as quite a shock. Believing this revelation could kick start a war between humans and replicants, his boss, Lieutenant Joshi (Robin Wright), instructs K to hunt the replicant child down and destroy it at all costs.

As his investigation develops, K finds that his path crosses that of an old human Blade Runner, who may just hold the answers he’s looking for.

It’s ironic that a film about replicants is such a technical and creative facsimile of its original. Both protagonists are Blade Runners, tracking down advanced humanoids, with the intent of destroying them. Both pursue these hum-bots in journeys that ultimately reveals more about themselves. Both fall in love with non humans. Both plights are set in a futuristic world that doesn’t appear to have progressed that much in thirty six years, to music, provided by Hans Zimmer, which is eerily similar to the original soundtrack by Vangelis. So, Blade Runner 2.0 it is then. But sadly a completely redundant upgrade if ever there was one. 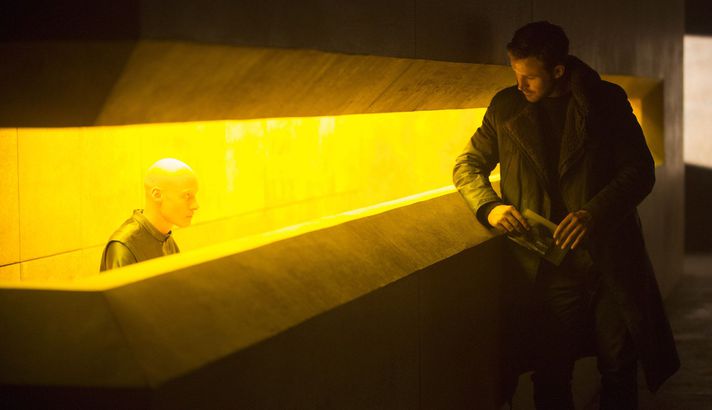 Much has been made of its exhaustive running time of just fifteen minutes shy of the three hour mark. One thing it’s not full of is dialogue, which means that the three writers credited with putting the script together must have written approximately two lines each.

And then there’s Gosling; he does a swell job of getting under the prefab skin of his character and really get to the CPU of his character. But perhaps he takes the whole void of emotion side of things a tad too far, to the point where C3-PO has not only more personality, but also more facial expressions to boot.

Blade Runner 2049 then, is all about the visuals. Villenueve has given his set designers and cinematographer to truly let their imaginations run free – whilst using the original film’s visual template – to create a breathtakingly stunning world, lit by neon, of a dystopian future. A veritable feast for the eyes, just not the head.

It’s just a huge shame that the film is so lacking in originality in every other way. It works as a visually appealing companion to the first film, but ultimately proves that the original really didn’t need replicating.