There was probably a time in history, not so long ago, where attempting to contact the dead was seen as macabre. These days, less so, as using a Ouija board is now a form of entertainment; in the States for instance, Hasbro, the company that owns the likes of Monopoly, Cluedo and Operation, not only produce Ouija boards, they actually own the trademark to the name.

Understanding the potential for comedy in talking to the dead, British playwright Noël Coward wrote his play Blithe Spirit which premiered in London’s West End in 1941. Then in 1945, David Lean directed a big screen version, adapted by Coward himself.

Here that classic gets resurrected produced as a Sky original, for a time where audiences no doubt need their spirits raising. 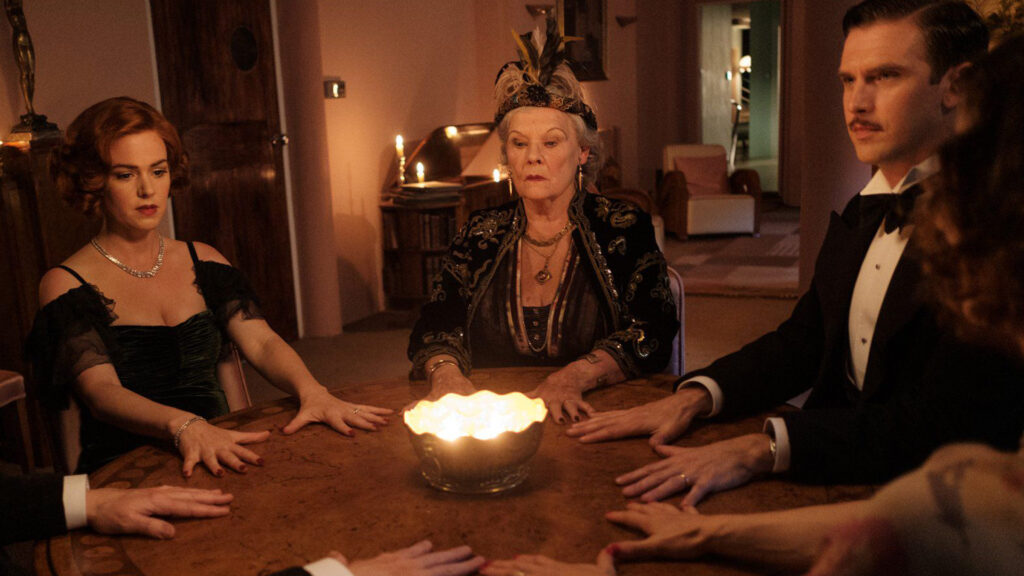 Hello Mr Coward, we just want to get in touch and tell you how really sorry we are about all this.

Having written a number of crime novels, Charles Condomine (Dan Stevens) has been given the opportunity to write a screenplay, but he’s suffering from writer’s block. When he’s whisked off to the theatre by his wife of five years Ruth (Isla Fisher) to see clairvoyant Madame Arcati (Judi Dench) perform on stage, his creative juices start to flow.

So much so that he decides to invite Arcati back to their home for a private session during an intimate gathering. To his surprise, and shock, Arcati not only contacts his dead wife Elvira (Leslie Mann), but accidently releases her spirit back into the world of the living.

Although initially pleased to see his deceased wife, her appearance makes his current life, and relationship with his current wife, just that little bit more complicated, especially as he’s the only one who can see her. 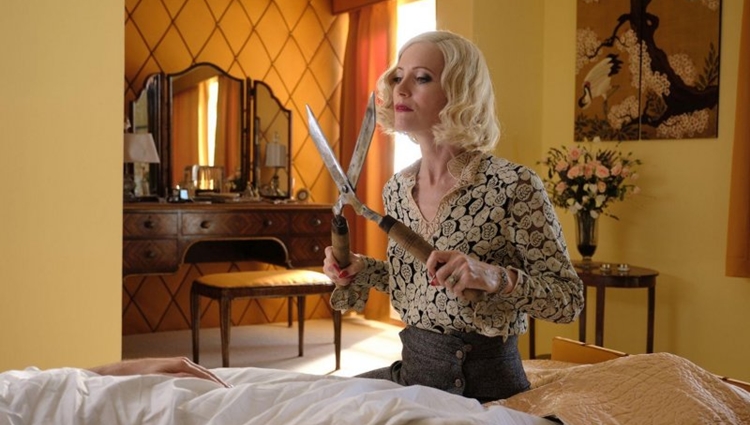 So this will be for the next agent who suggests I do a period comedy.

This version of Blithe Spirit is quite the oddity: it has an energetic cast, who don’t put a step wrong; some impressive set design all in keeping with the 1930’s period; and a fun albeit silly premise. But when you put all these elements together, it just doesn’t work. Instead of feeling wonderfully retro, it feels awkward and dated, inexplicably struggling to hit that rhythm.

It’s a shame as its clear to see what it was aiming for, and although getting many of the different elements right, it falls flat as a whole.

Perhaps the overall project needed to be more radical somehow, leaning less on the source material and period, whilst still trying to maintain Coward’s premise. Whatever it needed, it’s not quite this. Yes it’s a spirited attempt, but it definitely needed fleshing out more. It wouldn’t necessarily have Coward turning in his grave, but it’s difficult to imagine that he would be anything but terribly disappointed.