What does it take to make you feel that you belong somewhere? For instance, what is it that makes you American? Is it that you swear allegiance to the flag every day? Or that you support the armed services no matter what. Or is it as simple as embracing the American dream, with all that that entails.

This remarkable drama, written, directed and starring Justin Chon, raises this interesting issue, as it focuses on a community of citizens who were born in other countries but were adopted at an early age by US families, who now find their status as Americans under threat. 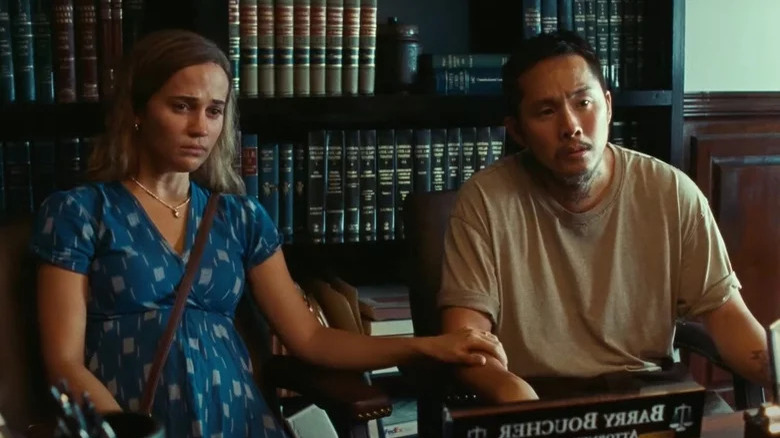 I'm sorry, but I just have far too many of those books to read behind you to help.

Living with his wife Kathy (Alicia Vikander) and his step-daughter Jessie (Sydney Kowalske) in New Orleans is Antonio (Chon). Although working as a tattoo artist, he’s on the lookout for another job as money is tight and their first child together is on its way.

After an altercation in a supermarket, life gets complicated real quick for Antonio, when they have a run-in with Kathy’s ex Ace (Mark O’Brien), who is Jessie’s father. It shouldn’t have been a big deal, but Ace is a cop, and his partner Denny (Emory Cohen) just so happens to be a dick. Before he knows it, Denny has reported Antonio to immigration.

Although born in Korea, Antonio was adopted by a US family at the age of three, and has lived in the US for over 30 years, it shouldn’t really be a problem, but try telling that to the US legal system. Before he knows it, he’s facing deportation, with his American dream slowly being torn up in front of him. 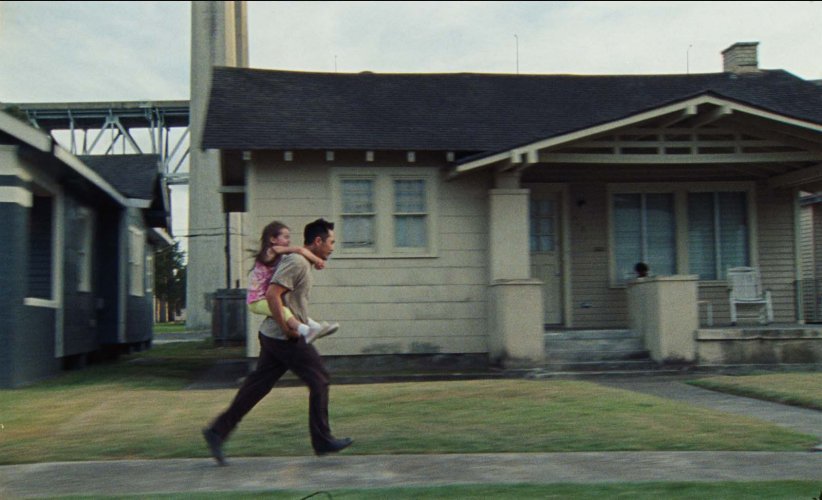 US director Chon’s film is a very sombre and sobering affair. In a way, it’s a re-working of It’s a Wonderful Life, with Antonio the modern George Bailey. He is a man who is instantly likeable, with a big heart, who is a devoted family man through and through. And although things are tight, he and his family are happy, and that means everything to him. When adversity is forced upon him however, he’s put in a position that looks almost insurmountable, as all the odds, and the law, quickly appear to be against him.

It’s a film that is beautifully told, with some stunning performances: Chon himself is heartbreakingly charming, and although his part could be considered subtle, it’s incredibly powerful for it; he’s almost outshone by youngster Kowalske, who is nothing short of remarkable, considering her age, showing an outrageous level of acting maturity throughout, and in doing so putting many of her showy acting contemporaries to shame; and then there’s high profile Vikander, giving possibly one of her best performances to date in this low budget film, that is both natural and understated.

On the one hand it’s a very intimate story of a man who considers himself to be American, only for his country to consider him anything but, and on the other hand it’s also an examination and indictment of current US immigration policy, that has forced thousands of adoptees to be inexplicably deported by the country they call home.

Blue Bayou then is a film that is superbly shot and told, with a Capra-esque quality, that is touching and moving, as it tackles the notion of national identity and questions not only what it means to be a real American, but what it also takes to be one.