It’s all well and good being an average rock band, above average even, but if you don’t have an enigmatic front man, greatness will always elude you. Just ask Nickelback.

A front man who doubles as a great performer can make all the difference; it can turn the greatness level of a band all the way up to eleven, and as we all know, there is no higher place to go than that.

If you want a front man to emulate, you need only look at one – Freddie Mercury, and this is his story. 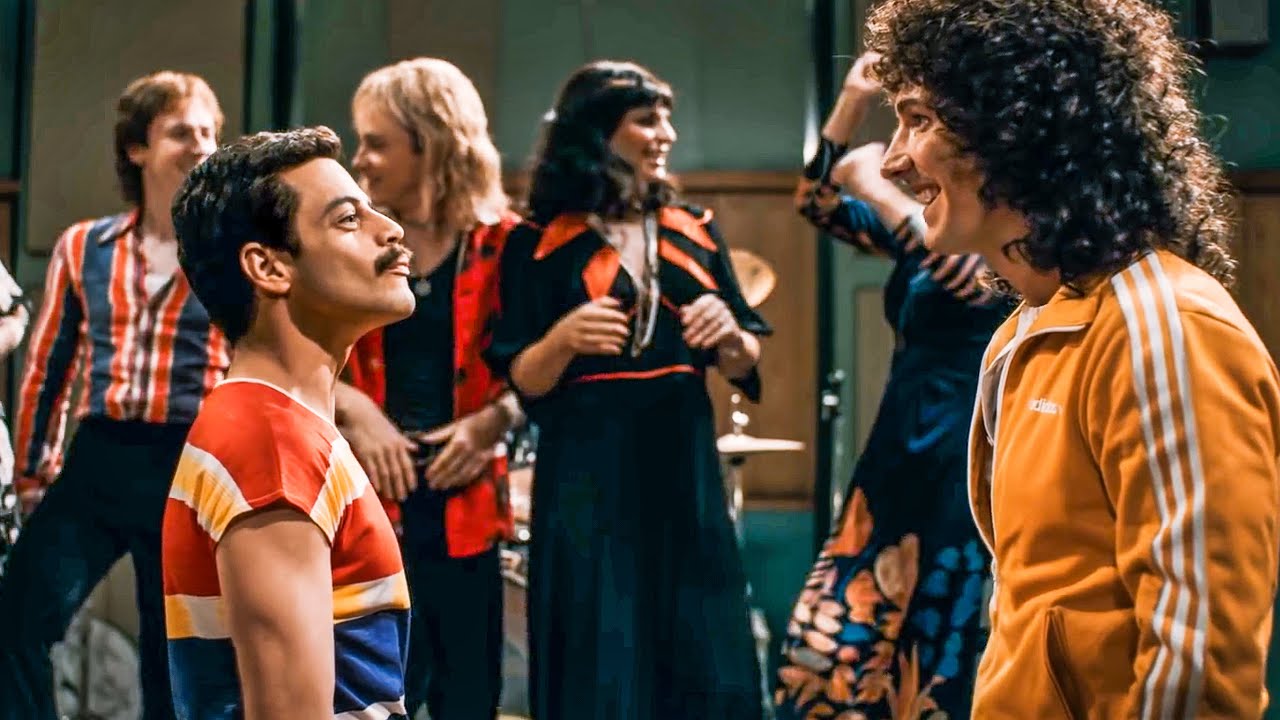 A young Farrokh Bulsara (Rami Malek), who prefers to go by the name Freddie, is living and studying in London, enjoying the odd night out taking in student bands. He’s particularly taken by the band Smile; problem is, their lead singer decides it’s time to move on, leaving guitarist Brian (Gwilym Lee) and drummer Roger (Ben Hardy), in the lurch.

This gives Freddie an idea; he will become their new singer. Although he looks a little quirky, they soon take him on when they hear him sing.

After selling the band’s minibus, they use the proceeds to pay for studio time to record an album. It’s during this period that Freddie makes two further decisions; they will be known as Queen, and he will change his surname to Mercury, thus giving birth to an iconic rock band and legendary front man. 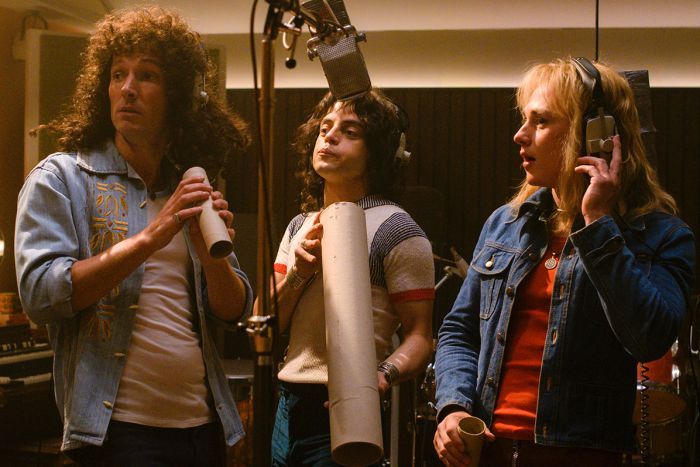 I'm sorry guys, but both your toilet rolls sound out of tune.

Just as there are bumps in the tour road for bands, the film’s production hit one or two along the way too. The role of Mercury was initially taken by Sacha Baron Cohen, he of Ali G and Borat fame, and then replaced by Ben Whishaw. After seeing Malek in the role however, it’s hard to imagine anyone else doing anywhere near as good a job.

Then there’s director Bryan Singer, who’s had to face a number of sexual abuse allegations over the years, with the most recent being this January, getting fired by 20th Century Fox, towards the end of filming. It was supposedly due to Singer not returning to work after Thanksgiving, due to issues with his family, but there were a number of rumours suggesting his behaviour on set was rubbing the crew generally, and Malek specifically, up the wrong way. All round decent egg Dexter Fletcher, who previously helmed the cheery Eddie the Eagle, was brought in last minute to see the project through.

They got there in the end however, which is all that really counts. The result is a fairly standard rock band biopic, charting the usual rise to fame, and highlighting the many highs and lows along the way.

But much like Freddie did with the band, it’s Malek who takes centre stage, and in doing so, lifts the material to another level.

His Oscar-winning performance is elevated by being more subtle and nuanced than just a mere impersonation. He channels the very spirit of Freddie throughout, managing to embody not only the memorable front man of Queen, but also the fragile ego of the man behind him.

Speaking from personal experience, as someone who stood on the stadium floor of Wembley in 1985 for Live Aid, a pivotal gig for the band as featured in the film, Mercury was the consummate showman, who blew every other artist off the stage. It is a performance that still lives long in the memory, and Malek captures the mutual love on show that day with an eerie accuracy.

The film is a little sketchy in other areas however; Mercury’s battle with AIDS feels too lightly glossed over, never digging deeper on the impact of the disease on the singer’s life and career.

Still, as a biopic it’s triumphant on all fronts; you may come for the many anthems of Queen, but you’ll stay and be won over by Malek’s impressive turn as one of the greatest front men of all time. It will rock you.