Every now and again, cinema throws together a sort of 'When worlds collide' concept, by mashing together genres that make seemingly strange bedfellows. Sometimes it works well - Shaun of the Dead, for example with its high blend of horror and comedy - and sometimes it's just an embarrassment to both genres, as was the case with Harrison Ford's Cowboys and Aliens which couldn't gel its western and sci-fi elements in a competent fashion.

For first time director S. Craig Zahler, who also wrote the film, he's made a bold debut with his western and horror combo.

When a drifter (David Arquette) arrives in the small town of Bright Hope, it doesn't take long for Sheriff Hunt (Kurt Russell) to work out he's a wrong 'un. Before you can say 'Gunfight at the OK Corral', Hunt has shot him in the leg to be on the safe side, and placed him in the town's jail. He calls out the town's doctor Samantha (Lili Simmons) to tend to the wound, and asks his deputy Nick (Evan Jonigkeit) to stay with her for as long as it takes, then escort her home. 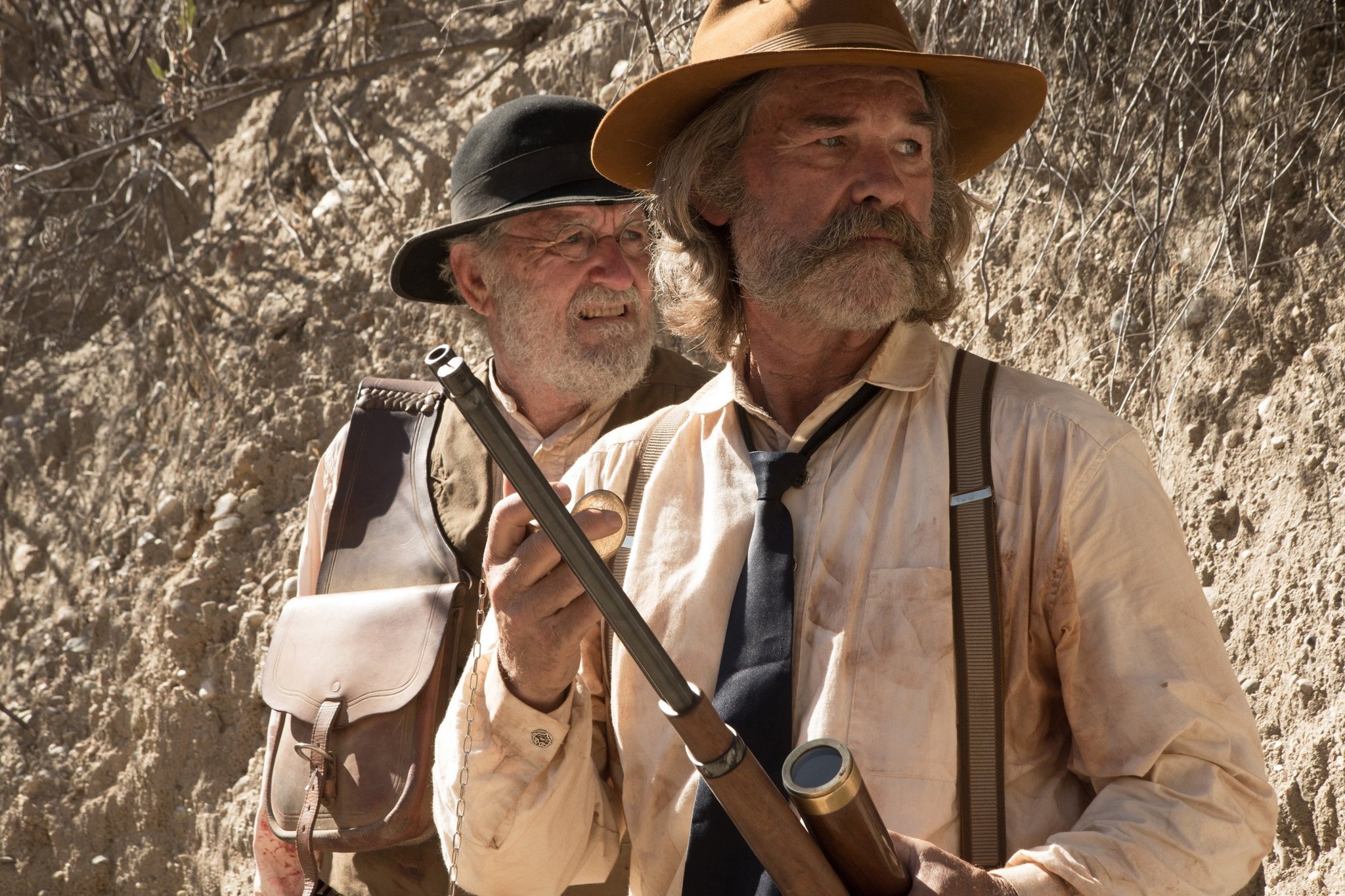 Ah the Wild West, so desolate, so...wait, is that a Starbucks over there?!

In the morning, the town's back-up deputy Chicory (Richard Jenkins) informs the sheriff at home of some disturbing news; deputy Nick, Samantha and the drifter have all been taken from the jail, with one solitary arrow left behind. When this is offered to a local Native American, he believes it's from no Indian tribe; he thinks it actually belongs to a mysterious Troglodyte clan, that live in a place known as the Valley of the Starving Men.

Taking the man's hunch as his word, Hunt rounds up a posse of himself, Chicory and self-confessed smarty-pants and sharp shooter (and dresser) Brooder (Matthew Fox). But despite having a broken leg, Samantha's husband Arthur (Patrick Wilson), insists he tags along, and so the four men begin their mission to find these savages and rescue their captives.

If anyone is having a career renaissance it couldn't happen to a nicer man than Russell. this certainly continues the good work he offered with the recent The Hateful Eight, and the two together would act as a nice little double bill. 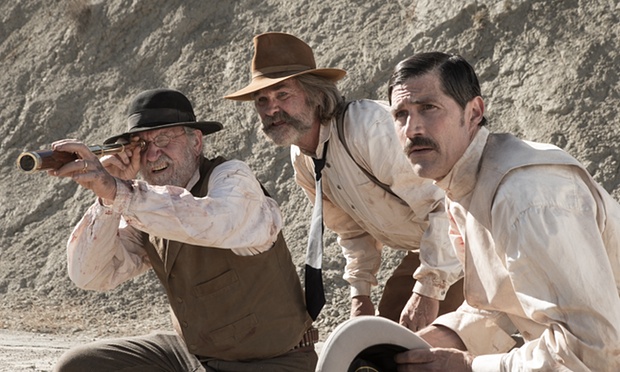 It's OK Kurt i can see it, it's definitely your career and it looks in great shape!

As a mixed genre film, this one works pretty well. The horror element initially feels a little tagged on to a post-modern western, but what Zahler does is keep the darker element simmering nicely, building up to a satisfying hard boiled conclusion. Although the budget for effects seems a little skimpy by what's on screen - it wouldn't be a surprise to learn that a single episode of The Walking Dead cost considerably more - the excellent cast and Zahler's direction still manage to get the film over the line.

The relatively slow pacing may be slightly irksome for some, but Zahler's western equivalent of Deliverance is a debut the director can certainly be proud of, making an impressive impact as it does.