If you would believe films, and let’s face it most of us do, teens are obsessed with parties. Sure, the ones that were always invited loved a good party. Who wouldn’t, what with all the jiggying, the gentle lingering of frivolity in the air, choons and of course a balanced selection of nibbles. We’re guessing.

For the rest of us, left behind to pour scorn and lonely vitriol, these gatherings were a concept about as foreign as intercourse.

The high school teen flick then, for the uninvited at least, allows us to live the sordid experience vicariously through our big screen protagonists. Olivia Wilde, making her big screen directorial debut, changes things up nicely however, with two young females taking the lead. 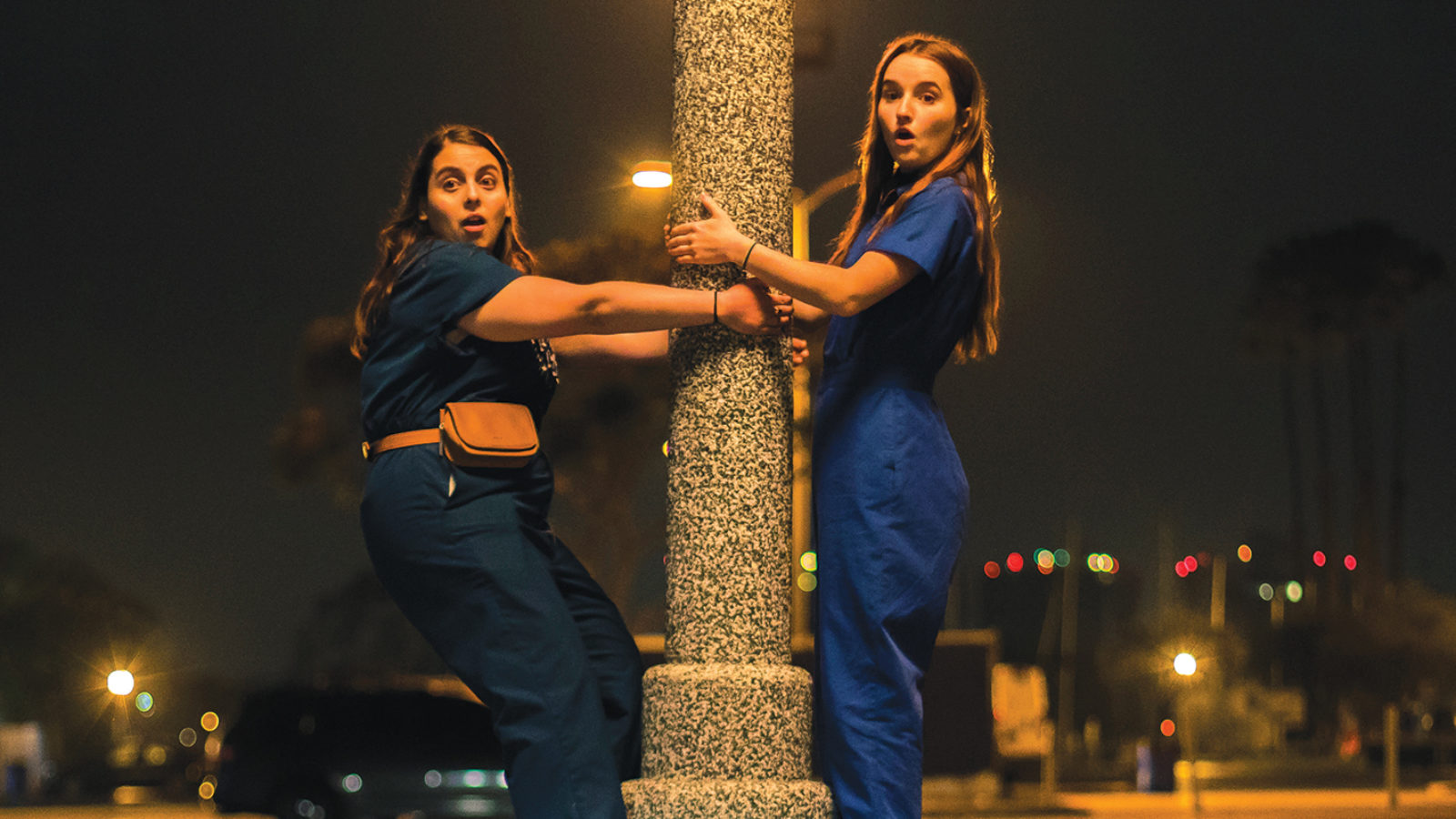 That pole over there looks way more fun than this one.

The class of 2019 are in the mood to celebrate; they’ve survived high school and are now keen to let their collective hair down. With two noticeable exceptions: Molly (Beanie Feldstein) and Amy (Kaitlyn Dever) have been firm friends throughout, who have survived on their focus to succeed and determination to graduate with impressive colleges on their horizons.

This joint vision has come at a price however; it has left them socially barren, teetering on the edge of interactive obscurity.

But when Molly is faced with a devastating revelation, turning her world upside down, there is only one resolution – the pair must finally party. But even with the rest of their peers up for it, the night before graduation proves to be problematic, when getting on any list becomes worryingly elusive. 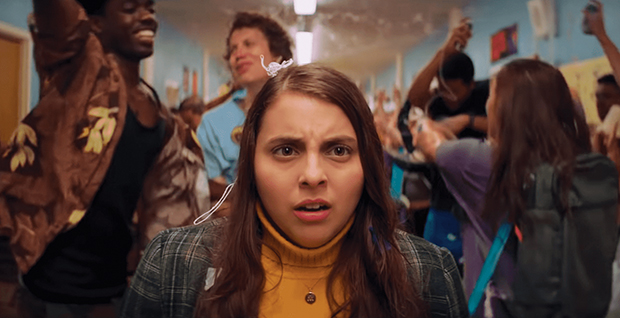 Am I the only one in the country that didn't want Trump to win??!

Outsiders struggling to get on the inside, even for one night, is a fairy familiar theme explored extensively on film over the years. And although Wilde’s twist is a welcome one, that seen from the rarely offered female perspective, the rest of the film is disappointingly formulaic.

The script, which offers nothing in the way of originality, is predictable from the off. The warning signs are there, with four names credited as writers, and as the saying goes, too many cooks leads to a somewhat disjointed buffet.

So far, not so great.

But here’s the thing, it doesn’t matter. The fact is, Wilde gets some truly absorbing performances from her leads; Feldstein and Dever do well in epitomising the nerd ethos, delivering a genuinely warm and gooey on-screen friendship that’s difficult not to fall in love with. Yes, they’re a little rough around the edges, but that only adds to the film’s charm, which it has kegs of.

They are also supported by a strong young cast, most notably Skyler Gisondo and Billie Lourd, whose Jared and Gigi respectively, deserve a spin-off road movie all of their own. They may well border on caricatures , as many of the other cast do too, but they fit well within the teen school genre.

Add to that Dan the Automator’s kicking soundtrack - which, if you know what’s good for you, should be the soundtrack of your summer - and Wilde’s directing effort ensuring she graduates with honours, and you have a film that’s top of its class.

Yes, Booksmart does do the teen coming-of-age thing a little too much by the book, but at least it’s smart enough to do it in considerable style. It’s tender, funny, and although it lacks a little upstairs, it has a big heart, that knows how to party with the best of them.