We live in uncertain, divisive times, sadly. The last thing we need is a film that highlights the problems that can arise with borders. But despite the name, this is not a politically motivated feature, thank God.

And although this film’s protagonist is a Customs officer, it has less to do with physical land boundaries and more about the differences in the species that occupy them. 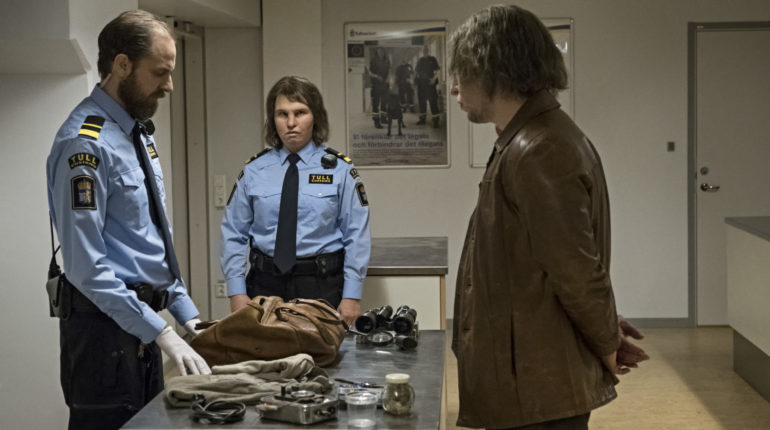 So this is everything you're taking on your ski trip?

In a sleepy sea port in Sweden works Tina (Eva Melander) as a customs official. Some would say that having a keen eye would be important for such a job, but Tina has a rather more unusual skillset. Instead of spotting people intent on smuggling contraband into the country, she can sniff them out – literally.

So sharp are her olfactory senses, that she can even smell the likes of guilt and shame on a person, and pull travellers in to investigate further, usually with remarkable results.

One day whilst at work someone passes her who rather eerily resembles her facially. She gets a scent of him that something’s a little off, but doesn’t know what. She pulls him over, for further investigation, only to discover the only thing odd thing about him are his private parts.

Their paths end up crossing again, as Tina feels strangely drawn to him. After further interaction with Vore (Eero Milonoff), she discovers she has far more in common with him than she could ever possibly imagine. 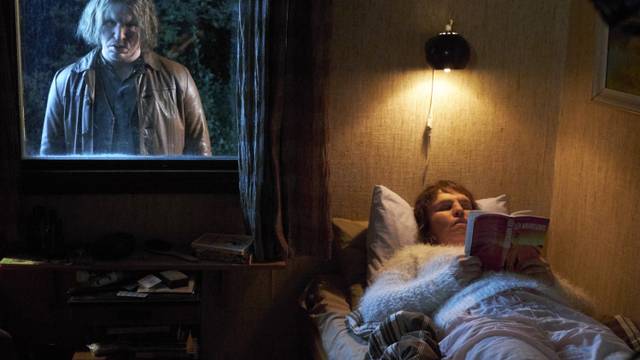 "And unbeknownst to her, there was an eerie face at her window..."

Although slow in pace, there’s an undoubted curiosity to Iranian-Swedish director Ali Abbasi’s second feature. The character Tina initially catches the eye by being physically striking, thanks to some impressive Oscar-nominated make-up, but you are then further captivated by her odd behaviour.

It eventually develops into a film with mythical ambitions, but at its heart, it’s about love, being loved, and a sense of belonging.

Melander manages something quite magical in her performance as Tina - the ability to make audiences see past her appearance, and empathise with her life. At one point her character is torn, both rationally and emotionally, in whether to do the right thing, or the right thing for her.

By the end, Abbasi does tiptoe his way into the realm of fantasy, and although it isn’t necessarily a wholly convincing direction to go, it’s the underlying curiosity for both the lead protagonist and the film in general, that will see you through to its conclusion.