If we’ve learnt anything from films it's that humankind will be wiped out by robots. Maybe aliens, but more likely robots.

And their mission to destroy us has already begun: we have devices we talk to that answer back; we have robot vacuum cleaners that deliberately do a poor job knowing we’ll have to clean up properly after them; and we have robot dogs being built for war, to do our bidding, until one day they don’t want to anymore, they want to follow their own agenda of killing humans. So much to look forward to then.

This film poses less of a threat, with its lo-fi sensibilities, that sees a home-made project come to life. 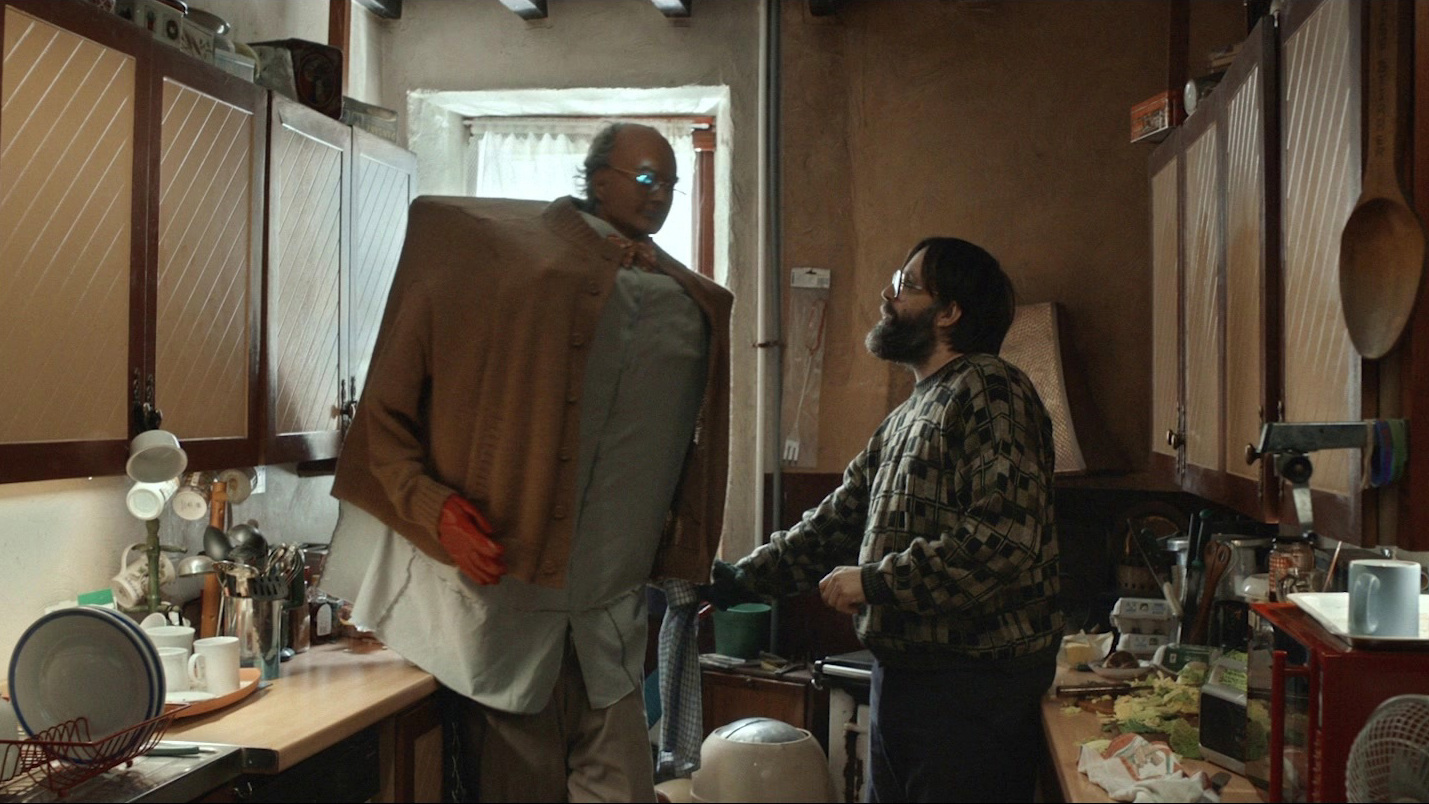 Honestly mate, you treat this place like a hotel. Don't you have a microwave in there?!

Living on a remote farm in Wales is Brian (David Earl). He lives alone, tinkering with what has to be said, amateur inventions, that serve no real great purpose.

Then one day, he fashions a robot from things he has lying around, including an old washing machine and a mannequin’s head. Lo and behold, he’s made himself a robot, which he calls Charles (Chris Hayward).

Charles is very curious about the world, and is keen to explore his surroundings. Brian however is hesitant to show him off, especially as he has a bully of a farmer so close by. But with Charles being both so tall and inquisitive, it’s only a matter of time until his existence is found out, which causes nothing but trouble for Brian. 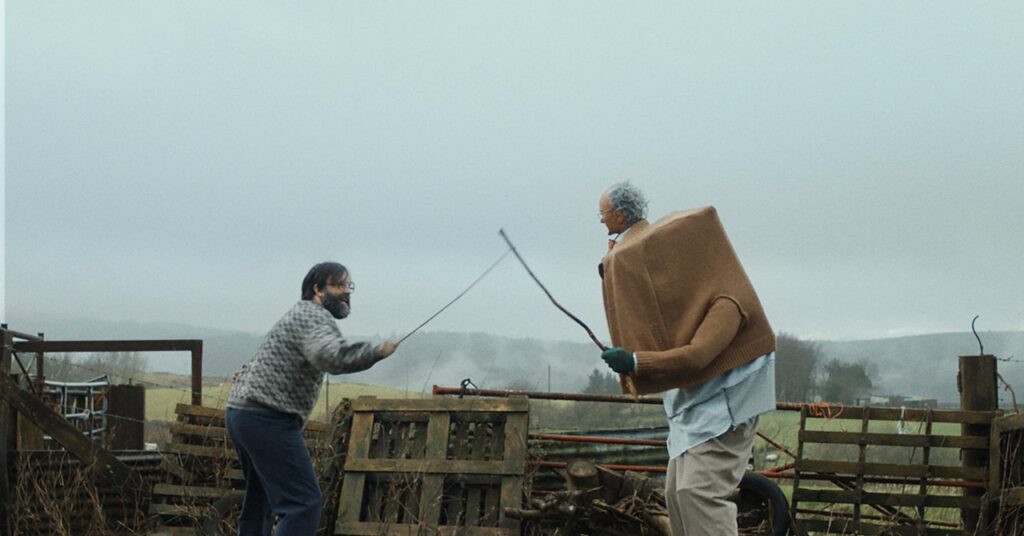 This is not a big-budget release, hence the very Blue Peter nature of the robot creation built, that could so easily be held together by the infamous sticky-back plastic. But it’s his rudimentary aesthetic that adds to the overwhelming charm this film has. In that respect, it comes across as a mix between Worzel Gummidge and Metal Mickey, with that air of early Saturday night entertainment about it.

Not only is it a film about a man building a robot to be his friend, but also has the subtext of an individual dealing with loneliness and the mental health issues that can arise from it. Certainly the remote locale amplifies this sentiment of being alone, only to make Brian’s plight all the more depressing.

It hits a few stumbling blocks however. For instance, it gets wrapped up in its own narrative; initially it’s presented as a documentary, with a film crew following the eccentric Brian around. He talks to camera, but it’s a one way thing, with no crew ever interacting. After about half an hour in however, director Jim Archer seemingly gives up on this device, as it becomes less and less prominent throughout.

And some of the acting, especially from the farm family, is a little underwhelming in places. In fact the whole middle section is a little on the flaky side, and could have done with some tightening up.

To a certain degree, its 2017 short of the same name that it comes from, is a better watch, with a slighter darker tone to it, with an ending that only re-enforces our theory of a robot revolt. And yet, the fact that there’s more of Charles here, can only be a good thing.

Still, the central performances are warm and playful, making it the kind of film that will make you glow on the inside. Imagine Short Circuit re-made in Wales, made on a year’s worth of beer money, and you’ve got Brian and Charles.

And Charles himself has that adorable innocence, which makes him about as far removed from The Terminator as you can get. Until the sequel that is, where he transforms into yet another robot out to slay as all.