Some directors have the right to be on the cocky side. You know who we mean, Tarantino, Cameron, etc. They have a body of work, love them or loathe them, that can still earn respect.

As this film's title appears on the screen it read's "Koolhoven''s Brimstone". Who now? Thinking perhaps that we had somehow missed a new auteur on the block, we couldn't access his IMDB page fast enough. After checking it out, we were left with the following reply - who now?!

That's not to say that Dutch director Martin Koolhoven is a newbie; after all he's helmed such classics as 2001's De Grot and 2005's unforgettable Het Schnitzelparadijs. And if you haven't heard of these titles then...we suspect you're not alone.

So putting your name in the film's title - your first English-speaking film at that - is a little on the arrogant side. As it turns out however, he doesn't do too bad a job. 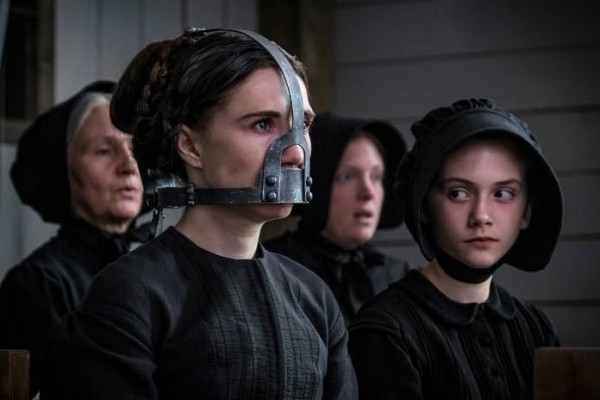 Serves you right for singing a Taylor Swift ditty out loud.

Living in a tiny, rural community in the wild west is Liz (Dakota Fanning). She lives with her husband Eli (William Houston) and their two children, and is also a mute.

Liz is the unofficial midwife for the town, but when she is confronted with the decision where she can only save either the mother or the baby, she is deemed as being evil.

This situation goes from bad to worse with the arrival of a new Reverend (Guy Pearce), whose arrival strikes fear into the heart of Liz. But why?

Broken into four chapters, Brimstone sets up the story in the first, hits the flashback trail for the middle two, before returning for its conclusion. And it does all this in its own sweet time. Two and a half hours, give or take a minute or two. Clearly Koolhoven is going for the epic feel, not only with its length but with its many wide-angle vistas and limited dialogue. Sadly though it ends up being more of a dragging its heels saga more than anything else. 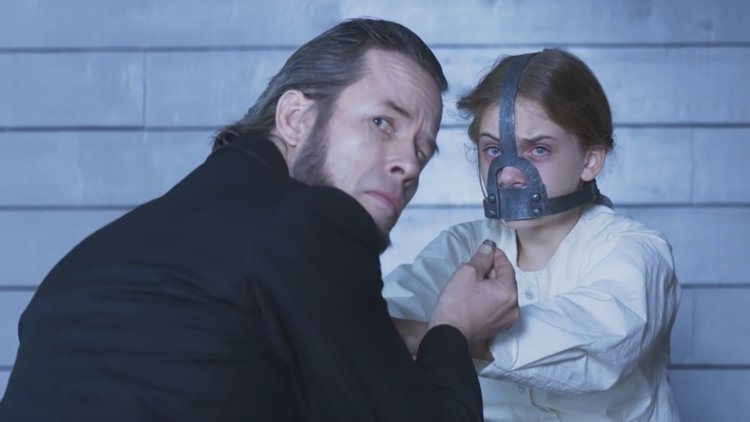 Have you not seen Silence of the Lambs?

It's not difficult to imagine that he sat down with his cinematographer and told him to watch Heaven's Gate on loop, until the style was burned into the back of his retinas. And to be fair, he had a good stab at it. The film is visually impressive, depicting a breathtaking, if almost unliveable locale.

There are some strong performances too, most notably from Pearce who puts on quite the show as a real, nasty piece of work. It's also great to see Fanning in a strong role - of which there are many for the female cast - especially as she has disappeared of late in the shadow of her younger sister's (Elle) growing starlight. There's also an appearance by the King of the North Kit Harington, who takes a southern drawl out for a spin.

But what cocky Koolhoven lost sight of on this journey of his, is heart. This feature, despite it concerning a brave mute up against adversity, lacks any connectivity emotionally with its audience, Making it about as cold and barren as its setting. It's also not helped by some questionable decisions made by certain characters; at one point someone is dying, but despite still being able to speak, doesn't actually mention who the culprit was, which you know, could have been handy.

You can see where the director wears his influences very much on his sleeves, but this effort shows that he's got a long way to go before he can be considered anywhere near as good as any of them.

There's a lot of promise here, but Koolhoven has to work on his storytelling before he has any right to stick his name in the film's title.