Love. You can fall in it, out of it, but the tricky bit must surely be staying in it. Cinema has been there, over the years, documenting the business of love, in a number of ways, with the most entertaining being the romantic comedy – aka the rom-com.

The first examples on celluloid go back as far as 1924, during the silent era, with Sherlock Jr. starring Buster Keaton, and Girl Shy, starring Harold Lloyd.

This rom-com is no different, only in one small way, in that it begins with boy meets boy. 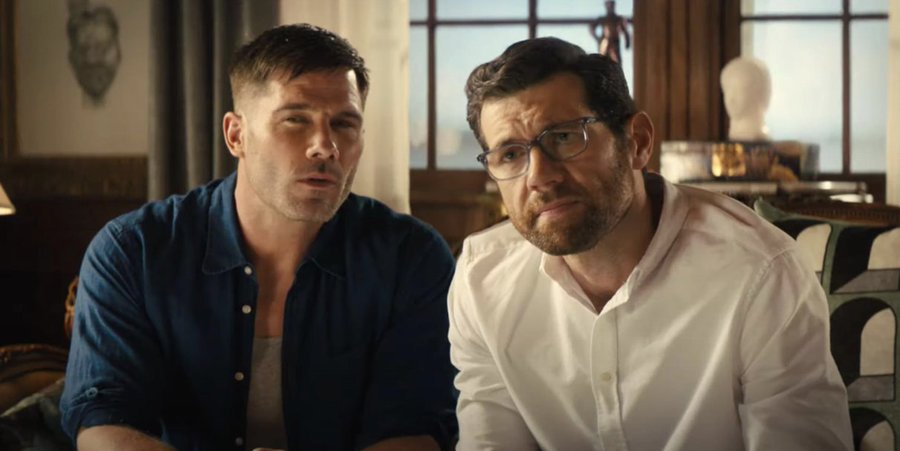 So you want me to put it where exactly?...

Working as a podcaster, celebrating all things LBGTQ+, is Bobby (Billy Eichner), and as the subject of his podcast might hint at, he is gay.

Although he has all the appropriate apps, he is not currently in a relationship. When out with friends at a club however, he starts talking to someone, actually in person, Aaron (Luke McFarlane). Although they seem to hit it off, Bobby soon finds himself on his own, with Aaron disappearing into the night with another couple.

They manage to stay in touch though, as something starts to form between them that neither were really prepared for, a relationship. But how long can it last? 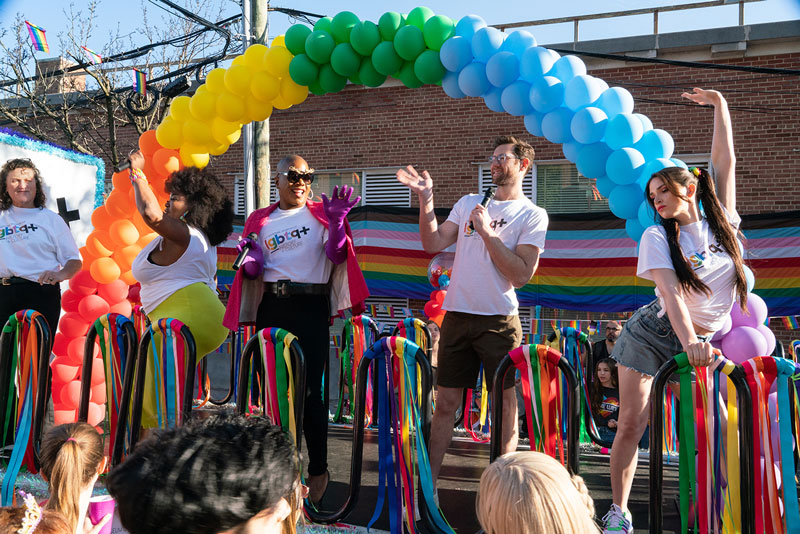 And next on stage we have the only gay in the village, singing 'All by Myself', in Welsh...

Bros - not to be confused with the eighties boyband of the same name, or their now infamous documentary Bros: After the Screaming Stops - may well follow all the usual tropes and trappings of a generic rom-com, it also happens to be one of the first studio produced gay rom-coms, which although is quite the achievement, feels like it should have happened already.

Now what should be made clear from the outset is that, in places, it is extremely funny, and certainly leans towards being a more superior example of the genre. Eichner’s character is like a less neurotic Woody Allen, but slightly more aggressive, with a sharp tongue that he’s not afraid to let loose with, on those around him. Eichner is also the co writer, so it’s only fair that he also gets the best lines.

One of the main issues with the film is in the relationship itself, particularly the casting of Macfarlane, who undoubtedly has an impressive presence with his beefy physique, but struggles on the actual acting side.

The film kind of acknowledges this, with a wink to his past, as he has starred in a myriad of TV movies for the likes of the Hallmark channel, by featuring a parody of that channel. But ultimately it feels like two high a step up for him in one go from the little leagues of TV movies, to a mainstream Hollywood production.

It probably wouldn’t be an issue if it were any other genre, but a rom-com can live or die on the onscreen chemistry of its leading couple, and this one sadly falls a little flat.

It also feels like it is certainly catering more towards an LBGTQ+ audience with specific references and Easter eggs, which is fine and completely expected; in that sense it’s a little like a Tolkien flick in that it will pay lip service to the lore, which fans of that style of work will get, but it doesn’t mean it can’t also be appreciated by the masses.

Not that US audiences have seen it that way, sadly, with the film only making back half of its $22 million budget to date, which feels more like a disappointing reflection on the current political and social climate in the US, rather than an indictment on the quality of the film itself.

It doesn’t help itself by having a strong first half, which slowly struggles in the back end, as it were, where the film relies more on the relationship – which we’ve already stated lacks a genuine connection – and less on the sharp-witted script that was so prevalent for the first hour.

That said, it still manages to be far funnier than a whole number of recent generic rom-com releases, and to that end, Bros is still a great pick for a date night, regardless of your sexual preferences.