Fighting isn’t for everyone, understandably. After all, no one enjoys a fist to the face, even if there’s the lure of a lucrative pay out for doing so. It takes a certain mentality to be a professional fighter. True grit.

For her latest film Halle Berry, enters the octagon as an MMA fighter, taking a punch or two in the process. 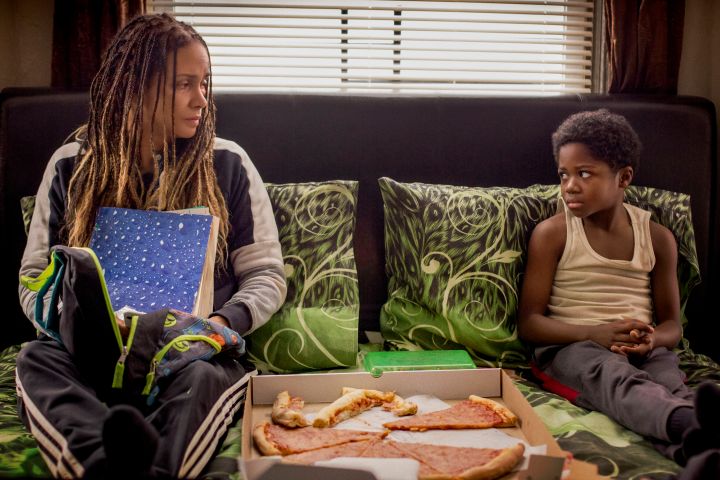 Look, I took all the pineapple off, what more do you want?!

After ten straight wins, Jackie ‘pretty bull’ Justice (Berry) takes on her most dangerous opponent in a big MMA fight. Somehow the occasion, and it has to be said her opponent, get the better of her, and she ends up doing something fighters rarely do, flee the octagon.

Four years later and Jackie hasn’t fought since. She’s now a cleaner, living with her manager Desi (Adan Atim), but with Jackie having a drinking problem, she’s in no condition to fight.

Then out of the blue, her mum (Adriane Lenox) shows up on her doorstep, with a small child in tow. Apparently the six-year-old boy called Manny (Danny Boyd Jr.) is her son; he was living with his father, but he was recently shot dead, an event which traumatised the boy so much, he hasn’t spoken since.

And after Desi takes her to an underground fight, which she suddenly finds herself involved in, an MMA league owner by the name of Immaculate (Shamier Anderson) offers her a fight with a payout difficult to turn down. But with Jackie out of the fight game for so long, does she really have what it takes to get back into the octagon and prove herself once again? 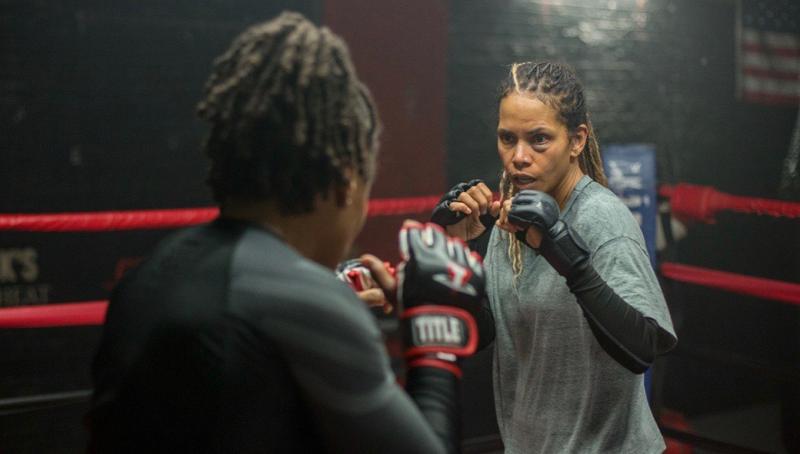 I miss the days when all fans wanted was a selfie.

It seems a long time ago since Berry won her Oscar for her exceptional performance in Monsters Ball. Since then she’s almost been coasting, playing the likes of Catwoman as she did, as well as Storm a number of times in the X-Men franchise. This film however, which she also directed, feels like a return to her fighting best.

It’s fair to say the film follows the usual fighting formula: fighter comes from a difficult background to overcome adversity, with a number of standard training montages thrown in for good measure. So yes, it has more than a little of the female Rocky about it. Not that there’s anything wrong with that per se, but it’s by no means groundbreaking.

Where it scores points is with its emotional core, particularly the relationship between Jackie and her son Manny, with Boyd Jr. giving an impressive performance; he’s one of those annoying kid actors who can clearly rock up to set, steal every scene, then get back to playing Fortnite on his Switch.

That said, Berry gives a lot to this film, and certainly impresses in every way, but especially on the physical side. MMA is not a sport you can fake easily, and you can tell Berry throws herself into it, and hard. That would be more than enough for any actress, but when you also consider the fact that the Berry is 55-years-old, it's simply mind boggling.

Berry is such a talent, seemingly underrated, it’s disappointing that she hasn’t had the roles she clearly deserves – certainly not enough of them at any rate. At least this film does her justice.

It may not be the most original of films, but Bruised has a big heart, as well as a few sharp jabs to the chest, and although not quite a knockout, it’s definitely a winner.