It’s easy to dismiss the Transformers films as being nothing other than flashy, trashy toy tie-ins. And that they are, no question. But somehow, considering that the franchise is made up of only six titles – including this spin-off – it is the 13th highest grossing film series of all time. And that’s including two instalments that have grossed over $1 billion each. That’s a lot of spare parts for your buck.

Leaving the busy transforming traffic behind and hitting the single lane is fan favourite Bumblebee. 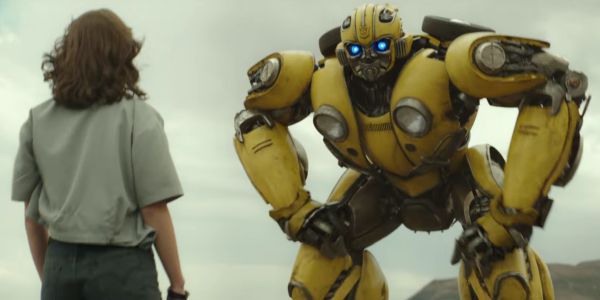 Oh do excuse me, those burritos at lunch went straight through me.

The planet of Cybertron, home to the Autobots, is falling. The Decepticons are throwing their considerable metallic weight around, and destroying everything in their path. It’s not long before Autobot leader Optimus Prime (Peter Cullen) gives everyone their driving orders, with the hope of surviving. He tasks B-127 with heading to a little known planet called Earth, which, once he’s settled, can be used as planet to regroup.

So off he sets, to a far off, distant world. His arrival, in 1987, doesn’t go particularly well, with both the US Army and a Decepticon Seeker out to get him. Badly injured, he ends up in a scrapyard, where he catches the eye of young Charlie (Hailee Steinfeld), when he manages to transform into a beat up old VW Beetle.

Little does she know that she’ll soon be driving little B-127 home, at which point everything in her life will change. 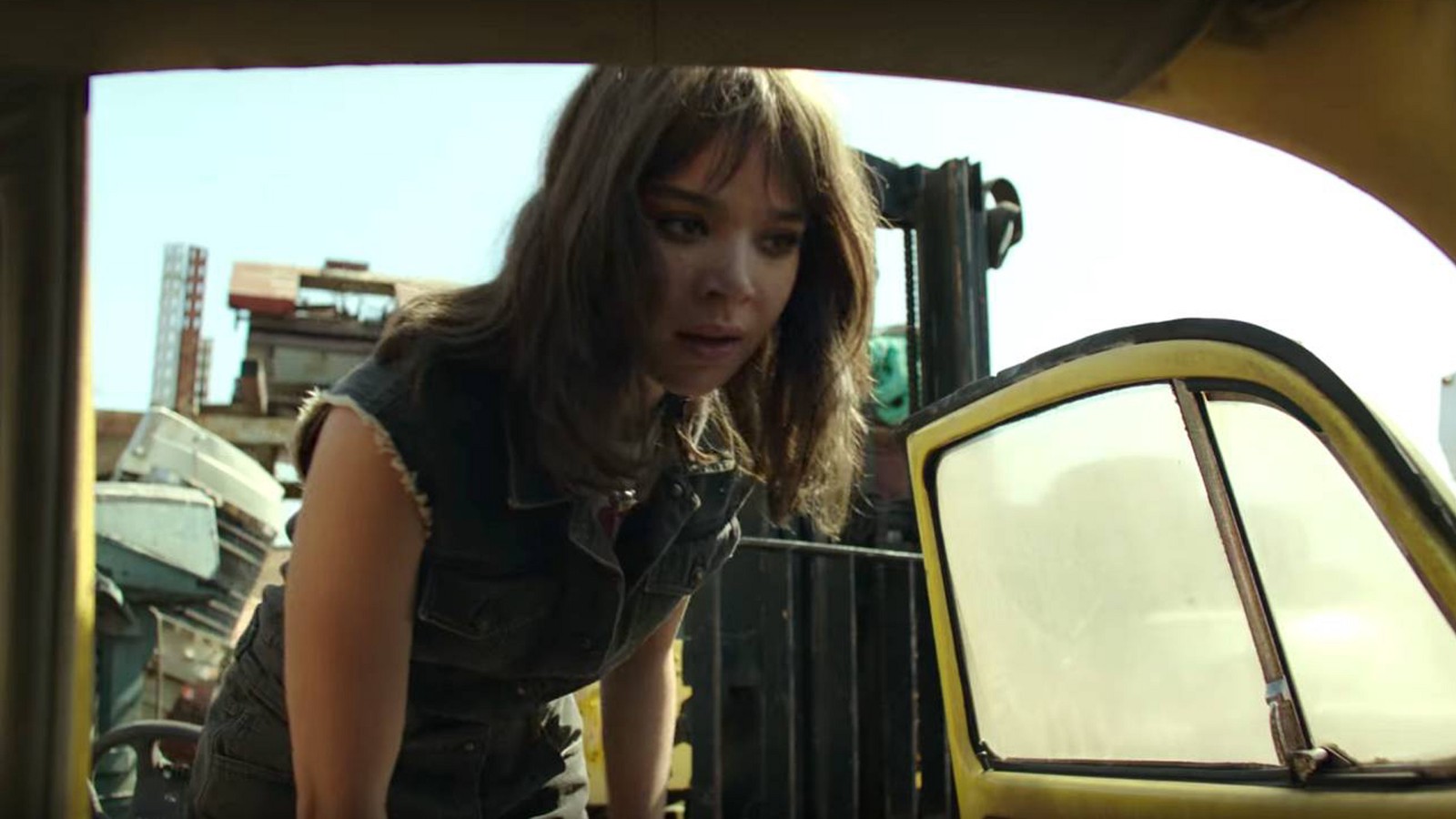 Okay, it's a stick. I think we might have a problem...

For the first time in the series, someone other than Michael Bay has their hands on the steering wheel, which allows it to be taken in a pleasingly refreshing direction. With a career predominately in animation, and with only one directing credit under his belt (the well received Kubo and the Two Strings), Bumblebee marks director Travis Knight’s first live action film.

What makes this a marked departure for the franchise is its deep roots in nostalgia, split into two parts.

The most dominant part is in paying homage to classic fantasy films of the eighties, including Short Circuit and E.T; it probably helped having Spielberg on board as an exec producer. At the heart of this film is the relationship between Bumblebee and Charlie, echoing that of E.T’s and Elliot’s. It’s warm and embarrassingly touching at times. This dynamic has to be credited to Steinfeld, who already at a tender age, has proven herself to be a gifted actress, who is no doubt far too good for a project like this. Still, her involvement truly cements the curious relationship at play here.

The second part, that will no doubt be lost on the majority of its younger audience, is how Bumblebee, in his Beetle appearance, is the spiritual successor to the icon that is Herbie. During many of the driving scenes, all that’s missing are the middle stripes and the classic 53 logo.

Holding these two elements together are a kicking eighties soundtrack, which, somewhat unexpectedly, heavily features The Smiths, as well as Stevie Winwood and Howard Jones to name but three.

It’s not just Steinfeld who shines, her young co-star Jorge Lendeborg Jr, who plays her wannabe beau Memo, proves himself to be a star in the making too.

Die-hard Transformer fans shouldn’t hit the panic button though, as it’s not all yucky relationship stuff; there is plenty of full-on robot-on-robot action that you would expect from the franchise, that looks impressively dynamic, particularly in 4K.

Yes it’s still cheesy in places, but Knight has done well with this prequel tale, in balancing the flashy, trashiness of it all, with much necessary humour and heart.

Even if you’re not a fan of the series, as a standalone flick, Bumblebee is a surprisingly fun ride, making it a bug that's difficult not to love.